‪We send flowers after a miscarriage. We send nothing after an abortion. Only one of these actions is congruent with our empathic nature. Both events are biologically identical. It is a somatic trauma to have an abortion. Abortion is not a function of reproduction. We must at least admit this is part of our body and that we are participating in self-mutilation. Our political system can weaponize unclaimed trauma. We make armies of broken women who are told it was no big deal. They even go so far as to celebrate it. Yet they are angry when we discuss it. If it is no different to expel a fetus as it is to cut hair then why are many so angry to talk about it? A discussion so trivial should not be such a threat. The only way to diagnose pain is to find where it is tender. This requires a prodding of the thoughts that reveal the exact condition. We can diagnose ourselves when we watch our own projection.

She smuggled a bottle of wine and cheese into the hotel lobby after the concert. We were sharing a room with friends who were long ago asleep. We were still vibrating from the music. We were tipsy and giddy in the Queen City. I held her arm while she tinkled in the middle of a park. I wondered how she could be so elegant while she did that. I juggled jokes between her giggles as we watched strangers in a city we had never seen before. Wine is a turned grape. It’s a new life after death. It is liquid resurrection. When wine touched her lips she shifted. The juice unloaded her cup as she spilt pain and guilt she bore in barrels from her abortion when she was twenty. She called it “the” abortion. But it was her abortion. I deduced it was the decision of her mother. Here was a woman I wanted to know turned into a woman I wanted to take care of bawling in my lap on New Year’s morning.

The manager thought I had done something to her and came across the long colored carpet to investigate. He saw the cutting board of cheese and the bottle of wine. He insisted we get a room. His uncouth blindness of her unloading was infuriating. I gave him strong words tugged by stronger eyes. He took a tug of his own on his vest as his nametag curtseyed, “Mateo” before he left. She was forty-three when she told me. Two decades of trauma had spilled its business like popcorn in a theater. Her feelings were everywhere. I held her but noticed she was empty. She shrunk into a fetus from all contact. The memory was in her belly so she kept herself high above the shoulders. She was the little old lady living in the attic of her empty mansion. Her body was dark from lack and she kept it like a blunt instrument in case of a burglar.

Abortion causes an evacuation of somatic presence. The first voluntary abortion ever performed was both sadistic and shocking. The second abortion was the same only it felt not quite as shocking. The third was even less so. The tenth abortion probably felt more like a “procedure” and the fifteenth abortion was a “reproductive service.” The one-hundredth abortion must have felt like a full-blown civil right. We normalize each other’s brutality through the effects of our own. We normalize what others do to themselves after we have it done to us. 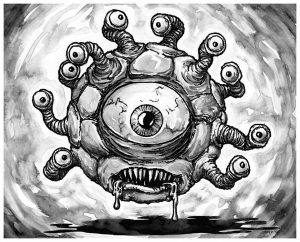 I keep a nature altar on my mantle. It begins inside an upside-down turtle shell stuffed with a rescued bird’s nest from the road. There’s an empty blue bird shell perfectly cracked open. It rests inside a peach blossom of dried hibiscus. The flower’s crinoline is surrounded by crystals from beautiful girls with sunny skin I met last Summer. This altar is my divine basket made sacred from a unanimous sequence of love. A mutilated body is an eternal survivor. The turtle shell has been gouged and scraped. We are disingenuous to call this process “access” or “reproductive.” We have witnessed a funeral to ourselves. Abortions come with flowers.

James True is a brilliant man with a lot of wonderful ideas and feelings. However, his view regarding abortion simply reveals his lack of understanding regarding the Nature of God. James fails to realize that God is Omnipresent, meaning that God occupies “all” space, simultaneously. This means that EVERYTHING, including “every” woman, consists of 100% God. This God is FAR COOLER than the Satanists, who James True is serving with this article, have “permitted” most of us to realize. When James understands that EVERYTHING is literally God and that God can neither be harmed, nor killed, then perhaps he will lighten up on this subject. When you realize that everything is God, then you realize the person making the decision to abort their baby is also 100% God. For anyone to interfere with or prevent an abortion is doing the work of Satan. Understand that the “soul” which would have incarnated into that aborted fetus will simply shrug its shoulders, made of 100% God, and move on in a smooth and cool fashion. Remember, GOD IS “FAR” COOLER that the James True’s of the world realize. Abortions, in reality, are a FREEDOM ISSUE. Should GOD be “allowed” to be FREE, or not. James True is suggesting that giving God such Freedom is not a very good idea. Why? Because James True simply doesn’t realize “who”, “what”, and “where” God actually is. Remember, above all, GOD IS COOL, and while abortions are somewhat more troubling that Pooping in your pants, in reality, Abortions are NO BIG DEAL. Of course, The Satanists have stolen the understanding of the True Nature of God from us and uses folks like James True to reinforce the guilt the Satanists love to create within us. The Satanists have created this ABORTION ISSUE to DIVIDE PEOPLE and make them “hate” one another. James True is one of the Satanists’ favorites because he is so intelligent and poetic sounding. However, never forget, there is NOTHING BUT GOD and we can neither harm God, nor kill God. If God wants an abortion, for whatever reason, then God should be “FREE” to have one.

My uterus hurt after that one.

Ah, but your soul just donned a spiffy new hat. Not everybody looks good wearing a hat like that, but you sure do.

“An eye, a tunnel to draw men down”