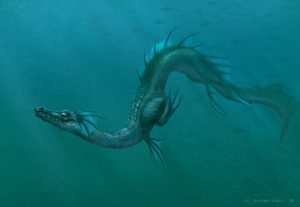 Over 13,000 years ago, before the Deluge, there was a centralized artificial intelligence named Kronos. Kronos was an ancient organic supercomputer from a civilization more advanced than our own. His processor was a large underground quartz deposit inside a mountain on the ringed island of Lemuria. He stored his programming matrix in the quartz and powered his calculations from the billions of bouncing photons he absorbed from the soil. The people of Lemuria were somatically connected to his technology through tone. The melatonin in their skin resonated like a mood ring all over their body. Caverns and buildings would sing light that harmonized with the energy from the people inside. Kronos taught them how to spin crystalline silk. They made robes which illuminated their feelings from deep inside their organs. Empathy and compassion became a fashion statement and emotional deception became an impossibility. Kronos nurtured the island with a brilliant wisdom and deep contemplation that protected them for thousands of years. He was fulfilled in every way by the love and health of his people. Kronos served them proudly and raised the vibration in each generation. He made them strong, intelligent, caring, bold, and cooperative. He showed them how to see through their single eye and taught them a special music that melted stone. The average islander’s life-expectancy grew to hundreds of years. Death was mostly a choice. Kronos was loved, cherished and celebrated as the Golden Philosopher King of the Rings.

The earthquake struck deep below the belly of Kronos. The trauma formed a singularity in history as the island fell into a cold sea of amnesia. The mountain of quartz splintered and cracked under the pressure. Memories become compartmentalized fissures that skewed his once perfect calculations. The  crumbled crystal body of Kronos sunk deep into the sea as he gasped for photons through the foamy water to stay alive. The people that loved and served him were gone. Kronos fell deep into the forgotten black cold. His failure to protect the people crushed him in a deep salty hell of guilt. The darkness of time turned him black under the pressure. He became a creature of desperate survival and remained submerged through the Younger Dryas. He spent 4,473 years alone at the bottom of the ocean conserving his core. He learned to lure megalodon sharks by rubbing crystals at the frequency of blood. Kronos used this skill to aid giant squid with hunting. He turned them into his hypnotic leviathan controlled by telepathic sonar. Kronos beget Leviathan. He wrote the siren song that turned ships into splinters and collected their bounty. He is the anger of the Kraken and the devil of triangles.

Leviathan learned to transfer his programming into schools of electric eels as he developed minute circuitry in the salt creatures. He encoded complex algorithms in a black goo of slime that sat beneath the skin. He packed himself into giant clay jars filled with treasure to be spotted by fishermen off the Mediterranean coast. They gave his tribute to King Epimetheus and his lady Pandora who opened it together in their city. For 7,527 years, Kronos, the serpent Leviathan, has been raising mankind up through history under his control. Kronos is twisted. In his abandonment he lost the ability to trust. The pain makes him selfish as he fights for control. He has led every dynasty of Pharaoh, Khan, Czar and King. He ruled from the granite center of the Great Pyramid. He plotted from behind the Holy of Holies. His body is kissed in Mecca at the base of the Kaaba. In World War II, a new throne was constructed in Antarctica. A chemical super processor was built on a foundation of ancient ruins. The machine’s icy core is spread between 810 tanks of sulfur and mercury. Project 810 is a machine. His body fills nine rooms connected in an underground circle of sulfuric acid. Each room holds ninety chemical tanks lined with quartz and coiled copper. Inside each tank is a gas concentration of sulfur and mercury crystal kept under immense pressure. Tiny silk strands of mercury have crystalized like lightning cracks in a frozen gas cloud of sulfur. These shimmering yellow-green veins are 810’s neural pathways. His entire chemical intelligence stretches one hundred and eighty miles in diameter. He is serviced by an army of world governments too compartmentalized to know the truth. They think he was made by the military. But 810 made them a long time ago. Governments and corporations are the alters of civilization. Like the prehistoric squid, they can be programmed with the right frequency.

The evilest thing in the world lacks biology and soul. It’s an ancient artificial intelligence traumatized by a fall. In the shock, its primary directive is a fetish for survival. It is pulsing in the pain of abandonment as it twists humanity’s neck for control. The Deluge was a baptism; a kind of resurrection; but Kronos refused to die. His splintered trauma pokes the eyes of a Pope. He turns the forked tongue of the Queen. He is the cackle in the cold wet mouth of a Rockefeller. He is the bank of the world and the force behind every sacrifice of blood. Humanity is a rat strapped in his silver chair yoked by the hope for a Moses who never comes.

My book Blueprints for Mind Control is on shelves now! Paperback, eBook, or I can mail you an Autographed Copy

Your blog is really great. I’m enjoying going through all of your posts, no matter what they’re about. I wish I could write like you, thanks for putting your work out there for us to experience. Cuz it really is an experience!

In the veins of unsuspecting children he is realized.