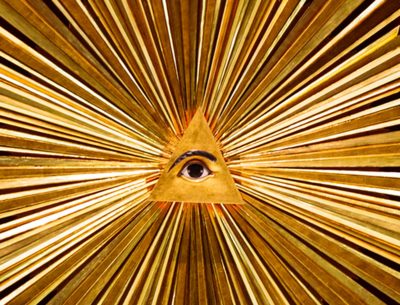 Imagine yourself surrounded by townsfolk who were constantly burning each other at the stake and epigenetically traumatizing each other to cope with reality. Imagine trying to thrive while these folks brought down the land where you lived deeper into the muck. Imagine rumors and innuendo raping patience and reflection under a tree with flowers. You would want to fix this. The self you knew would die if you refused. I imagine your wife might look up to you and say, “someone should do something.” And, you would. I imagine all of us rising to that occasion. But what exactly would you do? What would be your very first order?

Me? I’ve tried to show witch hunters the light. But when I let them into my home, they accuse me of not being afraid and quickly become suspicious. They are blinded by the codpiece of righteousness. Their shiny, metallic balls are ready to lead the crusade. They decide I was a wizard for knowing so much about witches. They needed a veil of fantasy to cover up the truth. They didn’t want to understand, so I raped them, too. Telling them the truth won’t work.

My goals would lead me to take my operation underground. I would devise a plan to protect my family. I would better the land so my family could thrive. It would be a mission that required no recognition. It would improve my life to have fewer witch hunters in the crowd. I would dress to intimidate like some renaissance batman rescuing old women who knew too much about plants or owned too many cats. I wouldn’t have to be an elite psychopath to want these things. In fact, you would call this desire good. As my neighbor, my crusade would raise the value of your property and you would feel it. You might even join me in a similar quest and you’d never have to ask me to join or even mention it. You would have your own plan in tandem. Both of us would operate independently like a terror cell. And holy smokes, we just formed a secret society fighting for the golden dawn. But the people will not like us. The torches to come will be from angry villagers who also call themselves good. They need a witch to cleanse themselves of their power and our work is putting victimhood out of business.

Good posture is heresy to the hyena. If we want the villagers to stand tall we have to make crooked uncomfortable. They have no incentive for self-reliance. They profit too much from licking fear off a shoe. Too many are on their knees because it’s profitable. They form an allegiance around the virtues of victimhood and surrender. That village will form a more perfect union. Government is the child of every person’s power bound and gagged in a trunk, and thrown into the sea. People profit from government so much they take its vaccines. They trade immunity for security. Government is our nation’s favorite predator hand-picked for one reason. Government agrees to be ‘civilized’ when he eats. He agrees to play along with our fantasy of his intentions. He lets us dress him up in costumes of healthcare, charity, or national security. We are blindfolded by request. We don’t want to see the jungle’s teeth. The fidelity is too much for our delicate filaments.

Predator is civilized. Predator is patient. Predator promises you can die slowly in a hospital to the sound of his beep. There’s no growling or chasing or mashing of teeth. There’s no great white shark. There’s no Tyrannosaurus rex. There is no sweaty-fisted gorilla. Only Good Morning America cheering in the background. You sip tepid water from a plastic cup trying to satisfy a tongue that’s dry, not thirsty. There is no fear of darkness under a government streetlight. Strangers in masks are paid to be concerned while family sits at home throwing money at your diagnosis. Predator makes it easy to let go. He knows you’re tired of pretending this is living. People afraid to die know they go home empty-handed.

You’ll ask for predator long before your contract is over. You’ll find yourself on his waiting list holding a number, begging for his Voodoo from a tube. You were promised you’d die softly in the breeze. Predator is honest. That’s the air conditioner. Those windows don’t open. The moon will never kiss your cheek again. Predator has you in his stomach of charts and wires. But he promised you no pain and he has delivered. You haven’t felt a thing. What you feel now is worse than pain. You feel deep regret. Only now do you beg for feelings you traded away. You are wrapped in starched locked behind a shiny aluminum bar. Your ass hangs from a gown of paper. Good Morning America just gave away a new popcorn machine. A nurse with pronouns is here to wipe your ass because you didn’t want to sleep in the jungle. Or under the stars. Or around the fire. You wanted predator’s gypsum box. You paid him compound interest and ate his poison and breathed his insulation to get here. Predator grew you on his tongue and never needed a fence. Predator is a luxury of comfort. He makes dying civilized by eating you every day.

Didnt know you have a website. If you need some writing please hmu.

You can delete my posts if you want. It’s just me trying to make your bad posture expensive. So before you blame me, remember that your opponent is not another person, it’s your reaction to vitriol.

I like that people can see all your posts. I want people to know what it’s like to be me. I did delete the vulgar ones you left on the homeschool page though. Out of the 7 comments you have left on the site in the past 12 hours, I have removed two. The rest will remain a testament to you and your witness.

Man, all your rape metaphors are really creepy. You’re not fixing anything, you’re crying like a victim. You speak of good posture, but you curl up in the fetal position whenever anyone offers you constructive criticism. You blame others for your problems while claiming to be an alchemist. You’re a hippocritical douche.

Best description of death by predator I have ever found. Not for me. Thank you for articulating it James True!

When I allow myself to fully feel that I am responsible for what I am witnessing in the world today, the regret is overwhelming. I choose in this moment to feel all of it and embrace this electricity and feel it shift within me as I witness my regret.

I’m hearing you asking for patriots. Here I am with my credit card. But I haven’t found where this patriot thing happens. I’m in Middle America, you are giving some light for my way. I want to offer you my thanks.

Wow, this is beautiful, true and amazing

“Life so often gives us our greatest gifts brilliantly disguised as our worst nightmares.”

Were we to only pause without any reflection, we would never ‘think’ about the Predator in our midst, allowing us to ‘feel’ it’s omnipresence thereby defaulting to our kindred natures which is to recoil with time in order to ponder our next move to survive the inexplicable, unbending force of it’s overarching clutches.