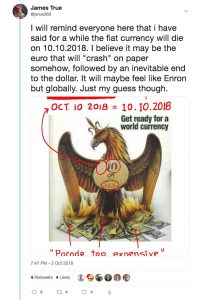 The Masonic ritual of the Phoenix struck ground like an asteroid on Oct 10th. The ground sunk from the punching smash of an earth-bound tumbling boulder the size of a caravan. A crater would reveal itself after market close under the dusty smoke and settlement in Silicon Valley. The DOW ended at -832, the boiling point of sulfur. The NASDAQ fell 5% to its lowest levels since 2011. Meanwhile the Feds wrapped their fingers around interest rates like a boa constrictor. I saw this happening in August. I told anyone with a tie that would listen. They called it my cute conspiracy. I wasn’t alone in this vision. Today the pundits in silk nooses explain this was a sentiment correction in tech stocks from turbulence from multiple vectors of blah, blah. I am mesmerized by the stupidity despite the constant gush of hemoglobin to the brain. Why is a fringe writer of dark psychology the only one bringing you this news? I am a small boat fisherman convincing the warehouse mongers they’d sell more catch with their doors open. I have forty-one subscribers. I am contemplating a move into a van to be more nimble.  We are the few who see the world clearly now. We have no special powers. The extent of my sorcery was consulting an iPhone calendar. Only some of us see the predator as it hides in the trees. We are tiny bugs yelling at a sparrow to watch its back.

We have to stop using their dollar. We have to default on the debt and turn around to face the tiny men with popguns poked in our back. Our hearts still struggle with the idea of blockchain. Some were told to fear it. But decentralization is the opposite of a pyramid. To decentralize is to be water. This is a time to rise in our own tide. Digital currency is inevitable. Every dollar has a serial number; a digital currency address. This future is already schooling itself around us. What’s important is how you approach it. Bankers swarm like sharks. We arrive like dolphins.

Blockchain is the future that’s already here and we’re missing it. Mexico has more crypto-millionaires than America now. The American media has been suppressing the information. They know how dangerous blockchain is to their Death Star. Blockchain has so many applications. Blockchain voting ends voter fraud. It’s a transparent post office box everyone can see. There are so many ideas already brewing. 250 million patriots can run the government from a thumb drive. Sharks have no fear. Only dolphins need to muster the energy for bravery. We must overcome ourselves and jump into this ocean. Like the first time you dove head first into a lake. 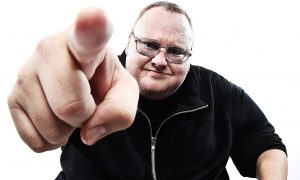 Blockchain is a concert with no stage. Instead of a seat, you’re given a drum. You have no idea what you are about to make happen. There is love in the contracts of Ethereum. Every time you buy an oil change, a mechanic donates to a dog rescue. Or a gov’t tax payment limits the funds to non-military programs. There is so much we can do with this currency. Blockchain is the power of intent. Place no fear inside this photon. The Mark of the Beast is burned soot on our foreheads. It only remains with our ignorance or apathy. Do not fear money. It is an instrument of your living energy. Without money no one would make bricks. They would be too heavy a burden to carry to market. Blockchain is built by our children. The good elder will invite them to his fire for the wisdom from his smoke.

When you’ve been a victim of global slavery the hardest thing to believe in is a white wizard. Look how culture has bashed a color. The good in all of us is the magic of the white wizard. We were tied to the ash tree from the shame of our own power. Tell yourself to rise in your own supremacy. Reclaim the definition of that word. A blue mob knocked down our country’s steeple. They took selfies as they kicked it with their jack boots bought from Amazon. They smeared and spit on the toppled bronze statue of American Supremacy. They were too foolish to open a book.  The blue cabal is the phoenix of death. We the People are the orange resurrection of life. Have no doubt there are good pirates sailing in a bad world. Never forget the pirate Ragnar Danneskjöld. He is out there right now. He is Kim Dotcom. He is Max Keiser. He is you and me. We are all white wizards expanding our magic like pollen. Touching foreheads with our fingertips. Our magic won’t help you on your knees or with your eyes closed. It needs you to stand up so we can begin. If you stand up now we can join you in the new world. There will be questions. We will give each one of them a thoughtful answer. 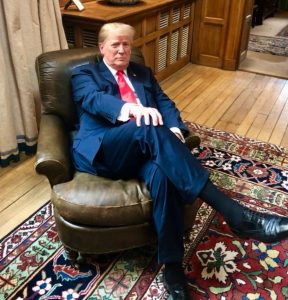 The masonic ritual has two towers. The Illuminati is experiencing a great awakening of their own. Think back to the Renaissance and how much power came from our art and architecture. They were building a golden age to resonate the goodness of man. It fell into darkness but that time has returned again. The ritual of the phoenix is a striking of the golden bell. The orange lion is on the master’s carpet performing a grand resurrection of death and rebirth; a ritual of dark to light; of brimstone to mercury. The market dropped to the boiling point of sulfur (-832) on 10.10. It will rise to the boiling point of mercury (+674) on 11.11. This chemical reaction of sulfur and mercury is the alchemy of man; and the ritual of the phoenix. We are well on our way to Astana which we will talk about in my next article.

My new book is out! Click here to add it to your cart.

I’m one of those subscribers! I don’t normally comment, but I do read and enjoy your blog posts!

so glad to have you!

Do you know of the ritual of the tetragrammaton?

No, can you elaborate?

thx for your info. .. let me know if you need any support w/ topics research. I have alot on these subjects of the FedRes, newcurrency, reset, etc … 🙂

Hi James,
Thank you for your excellent service.
I need to be schooled on blockchain and cryptocurrency. What resources do you recommend?
I deeply appreciate your work and clear vision. It’s tremendously reassuring to know there are others out there that have eyes to see.
Kathleen

There is so much out there. I’m having trouble recommending a specific source. All of my learning was from the technical side as a programmer. It would bore the pants off anyone if I write about it here. The transaction system is both stable and reliable. Each of us can verify everyone else against fraud. That’s what makes it such an important weapon against fiat and central banking.

Got it! I will dig in then.