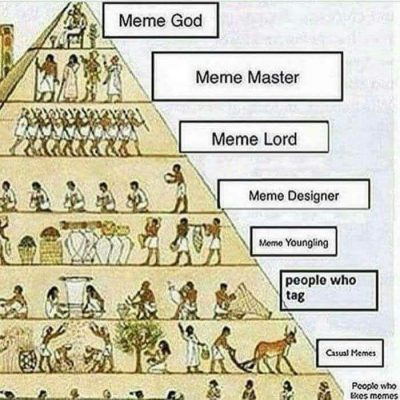 Government is not what you think it is.

The earth has given us her spellcraft in the meme. People are learning to communicate with each other underneath a facade that technology can’t see. Humanity is a form of encryption and psychopaths will never break our code. This won’t be as simple as when we spell our phone numbers out in a craigslist ad. I’m talking about finding the deepest flavors of what makes you human and smuggling them through a hole in the fence. This is the magic of memes. Machines are blind to their meaning. They can only factor them by virility and tone. They can never see what specifically about it was so appealing. Even if they track your eyeballs stroking the screen, there’s still something deeper they’ll never fathom. This technology will become more important as we proceed. There is an underground railroad forming. We see each other inside it. It’s like we climbed into the big tire buried in the schoolyard to pass a secret.

None of us are alone. It just feels that way because we live in houses.

The towers are going up whether you want them to or not. The economy is crashing whether you want it to or not. The border wall is coming. The vaccines are coming. The armored trucks from Tesla are coming. Celebrities are watching our hunger game. This is what Q meant by “Enjoy the Show.” They’re taking all that hope and sacrificing it inside a virgin lamb on the Temple Mount. This is a holocaust in 5G.

This just in from black magick central: this truck is what Musk thinks the future looks like. This is why he took a hit to his ego on stage for the ritual. You know how a bully gets revved up by telling you something is about to hit you? And Tesla is gonna sell the rich folks his truck to see who can survive. They ran the toilet paper story so they could joke how we shit our pants.

Ladies and gentlemen who will listen, I show you the panther we can’t admit:

What you are seeing above is a black magick ritual. Now you know why I keep asking you for a war chest. We need a campground right now to get to work. This campground will be a contagious model that can spread as quickly as it can. There is much to unlearn and I can’t make this happen fast enough by selling books. Hurry up, rebels. The Wookies and the Ewoks need you in the trees.

There’s no such thing as Carolina. I am the man from Katuah. Our future is prana and crystals. Bullets and seeds. Feelings and poetry. Here’s some free investment advice that’s coming at you way too late.

This may be a heavy read for some of you. Deep breath. All of this gets better. We will find each other out there under the moon.

James, thanks for this. BB led the way. I am all in. Big gratitude. Love Bear.

Cities will be the last place you wanna live

It’s true, but hopefully those who cannot immediately move out of them can be the leeries (lamplighters) for those who are groggy, but slowly awakening.

“We will find each other out there under the moon.” I like that. No fear.

I feel like I have known you all here from past lives and present- maybe grade 2 or 3. I have seen myself by the river washing and prepping food for all – this image in my mind all this life. I am happy when I go there — always knew this is a coming !

Thank you James. Battle cry for all human hearts <3

I’m kinda petrified at times, I didn’t look after myself as I should’ve and I was domesticated in a city. I only realised any of what was happening last summer. But I came to where I am via direct sensory experience of the chakras and how emotion affects energy, I have new senses related to electricity and electromagnetic energy. I knew something was coming this year as surely as I knew my own name. I do have to take a deep breath when I truly contemplate what all of this means but as you said, what is happening will happen and the more time we let pass in denial the harder the tasks ahead. I think I first heard you speak on Crrow 777 and I hear the “ring of truth”, as he would say, when you speak. I accept we are all capable of more than we ever imagined when we put our minds and hearts in the right place. ;)) xGx

I find myself petrified too Gillian. I need to understand more of what I can do to help – how to help me and how to help others. I need to find a way to get myself in a better position and try to calm myself. I’m on Twitter as: My name is Ann

Cool. Wish I could go there. Willing to serve those that can.

Yes, propaganda! How can we even begin to believe that ‘The Guardians’ of Truth will be honest in telling us the Truth, when their motivation is based on money, ego, or power?!?

I’ve been thinking boreal forest for over 10 years. Found not one soul remotely interested.

Wish I lived nearer so I could come.