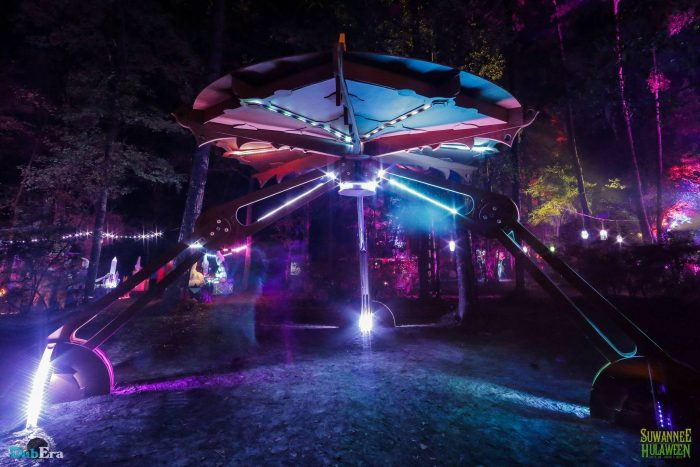 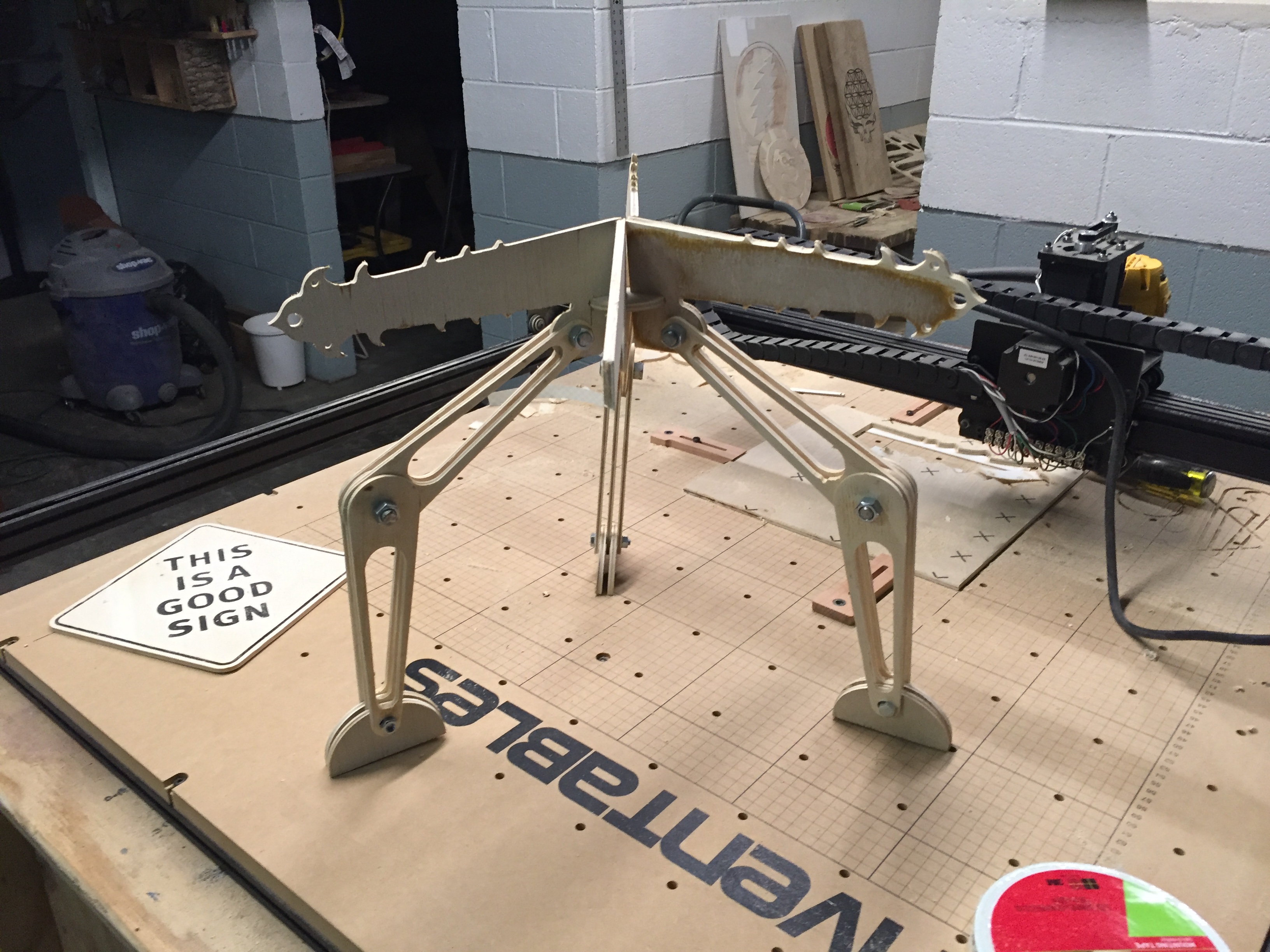 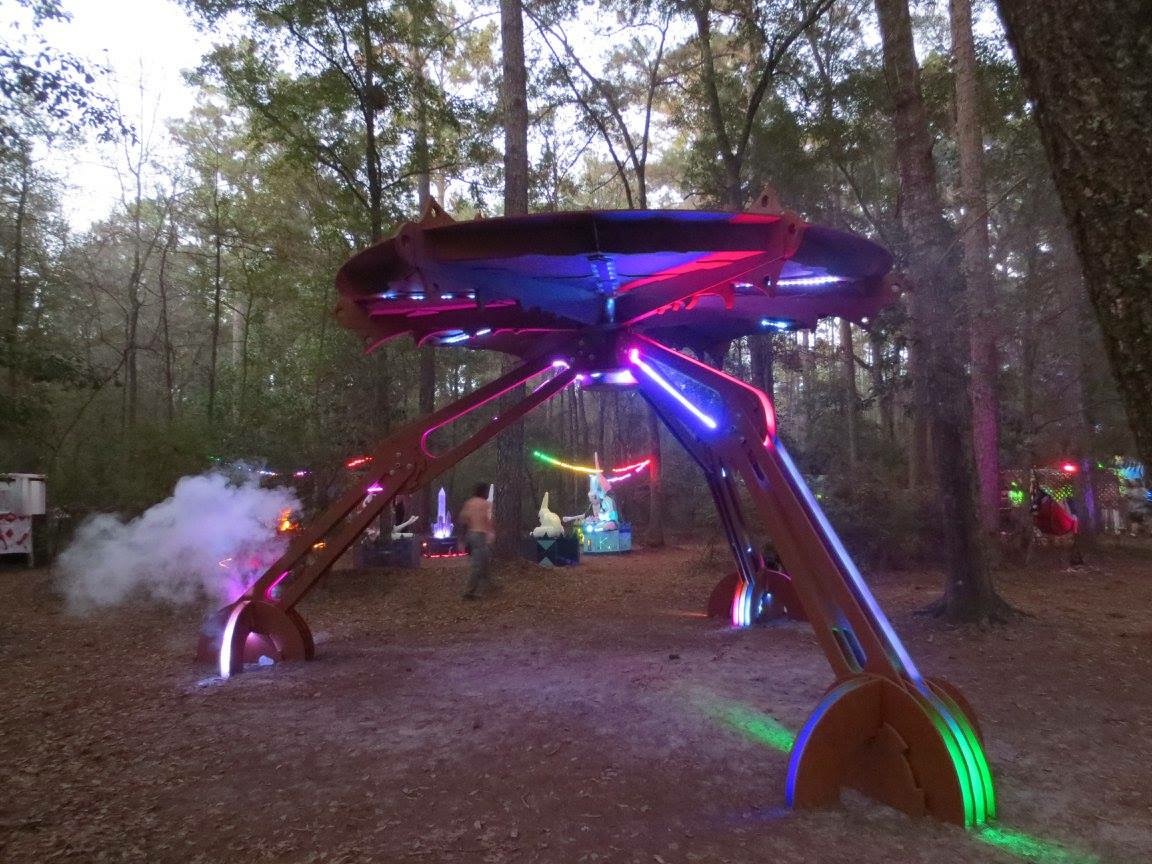 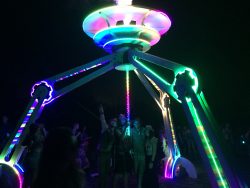 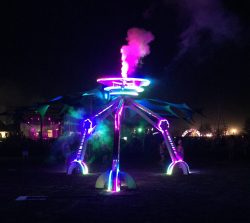 The Mothership left our station doors on Aug 9th 2015 and traveled to Somerset, Wisconsin and stood for the first time in the Meadow at Summerset Music Fest with the sounds of Nahko, and Thievery Corporation. The spaceship was conceived, built and shown in a four week time frame. It took every last second and every last finger putting it together on time. The event was hilariously tearful and at times completely deflating. It cemented a crew and resolved all doubts as to the power of light through space and time. As of this writing the Spaceship has flown four times: Summerset Music Fest, Hulaween, ForceFest, and the Love Burn.

The legs will be constructed with multiple layers of laminated 3/4″ plywood. Each joint will be secured with a series of bolts around the center of the joint. Legs will have landing lights inside with RGB LEDs.

The central spine of the vessel holding the legs together will be made of 6″ steel pile and square bar brackets.