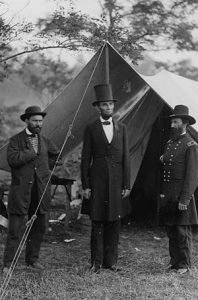 A pod of humpbacks has surfaced to spray their morning victory into the virgin sunrise. The surf spills its secrets in tiny bubbles rolling off the salty tongue of crashing waves. The sun rises over a gold coast as it opens its eyes to the light. The air is cold and thick as fresh rays of orange and emerald shine through the tall teal troughs of choppy water. Over a hump of dunes a sea snake is brought to shore by a golden eagle. The raptor rips cartilage from an empty eye socket into tiny strips for feeding. The eel’s vision is plucked and placed into the crop of her hungry newborn; a young phoenix of red and gold will rise from a dead serpent of gray and green. This is nature’s resurrection in the golden dawn.

On New Year’s Day, 1835, President Andrew Jackson did something extraordinary. He paid off the national debt. For the first time in our nation’s history, the federal government had balanced its budget and cleared its creditors. To thank him for his efforts, an unemployed house painter from England met the President on the steps of the Capital and pulled out a pistol. He shot directly at Jackson’s chest but the weapon misfired. The gunman produced and fired a second pistol and it also failed. Davy Crockett helped others to subdue the would-be killer and for the first time in our nation’s history, someone had tried to assassinate the President.

One score and four years later, President Abraham Lincoln wanted to fund the Civil War from his own war chest. He issued $450 million greenbacks and for the first time in our nation’s history, America had its own currency to spend with no interest. Lincoln said the privilege of creating and issuing money is government’s greatest creative opportunity. Lincoln said, “Money will cease to be the master and become the servant of humanity.” Newspaper editorials from England openly called for the destruction of any nation that “dangled the promising allure of a debt-free government.” England backed the South in an effort to end the greenback and Lincoln became the first President to be assassinated.

On June 4th, 1963, John F Kennedy signed Executive Order #11110 authorizing the Secretary of Treasury to issue silver banknotes. Kennedy’s order temporarily transferred power of the purse from the Federal Reserve to the Department of Treasury. Five months later, President Kennedy was shot in Dallas, Texas and his investigation was covered up. The killers went free and continued to infiltrate our government. They drank clean scotch, and looked in each others eyes over a toast to victory. America was taken over by a cabal of psychopathic killers and media that sold the tale of a magic bullet. The dark forces that rose up in our government from Executive Order #11110 will meet the light of justice on November 11th. 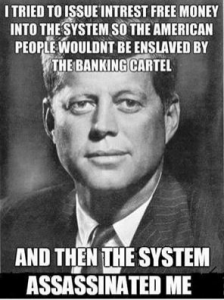 From clean-backs, to greenbacks, to silverbacks – America has struggled against the slavery of a central bank. A cabal who owns the printing press is a cabal that needs no money. They trade in commodities of blood or gold, not pretend sheets of paper. We will never defeat evil using their currency. We will never be free living under an endless yoke of debt. The Ritual of the Phoenix is a resurrection of a country. The red wave is a resurrection of the phoenix from the serpent. Nationalism is a living resurrection of confidence in government. Ending the Fed is a resurrection of our national bank. Trump will end the Federal Reserve with a new kind of money backed by gold and resting on a national blockchain. Justice is a golden light that shines from the Washington monument onto the face of the Lincoln Memorial. Lincoln has been waiting for our emancipation for over one hundred and fifty years.

I bought silver on the insistence of a friend who told me, “paper is the money of the poor.” I keep one of the coins next to my desk. On one side is a buffalo; the other is a Seminole Indian. The coin weighs 1 oz. and is made from 0.999% proof silver. Its value is inherent from the material. The writing on the coin is meaningless. The coin is heavy in my hand because it’s real. I can close my eyes and feel the truth of it. I can melt it with fire and its value remains. Dollars and quarters are a facade. They are the borrowed property of the Federal Reserve – a non-governmental organization charging us interest to play monopoly. Smart people in silk ties insist this is normal. They insist there is no inflation. Before 1965, a dime of silver bought a full tank of gas. That same amount of silver buys a gallon of gas today. If we have no inflation, why does it take twenty times the Federal Reserve coins to buy a gallon? Our pockets are robbed while we sleep. Our children lose inheritance like sand through open fingers. We can no longer afford to be a nation of people enslaved to a private institution. They have leached far too long off the fruit of our labor. Let us be brave as we forge ahead out of the darkness with a new currency that’s as accountable and everlasting as gold and silver.

“Rest in peace Mr. President (JFK), through your wisdom and strength, since your tragic death, Patriots have planned, installed, and by the grace of God, activated, the beam of LIGHT. We will forever remember your sacrifice. May you look down from above and continue to guide us as we ring the bell of FREEDOM and destroy those who wish to sacrifice our children, our way of life, and our world. We, the PEOPLE.”
Prayer said every single day in the OO.
JFK – Secret Societies.
Where we go one, we go all.
Q

My new book is on shelves now! Click here to add it to your cart.

I agree with all you’re saying here but my concern is this: who currently owns most of the gold/silver? Is it the same people who are in control of the Federal Reserve and if so, then won’t we still be under their control?