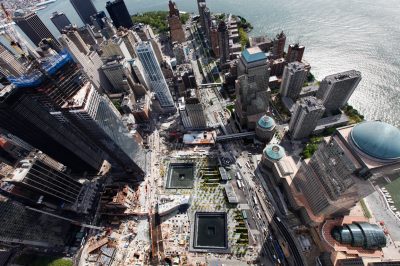 Donald Trump is the archetype of the lion. His stable arrogance and self-supremacy are good psychology for we the people. We shame ego at every turn and his arrival on the stage was a transmutation for me and so many others. He made us feel worthy of something better. Donald Trump was an instrument of great awakening. It was the Freudian epidemic that shunned the ego. But ego is the source of honor and power. Ego is a living talisman. America has shamed its supremacy. The obelisk in Washington was limp and Trump rose it back up into an erection. He resurrected Osiris while Israel calls him King Cyrus. This is why people think he’s such a golden prick. There are only two modes in a two-party system – hope and hate.

In the beginning, I believed Q was a rogue force. Then, I believe it was a band of patriots hiding inside the government. Now, I know it’s the work of Steve Bannon, naval intelligence, and Zionism. I had high hopes for Q. But I know they will never disclose the truth of America’s role in 9/11. This doesn’t mean they aren’t pulling for the country. It means they’re not pulling for the truth. Q and Trump have a job to protect Washington DC. They focus on the economy while ignoring inflation and devaluation. They focus on military and global domination while ignoring government-funded domestic terrorism. They pretend our government doesn’t steer international drug trade, human trafficking, and global blackmail. We cheer for victory in America, not wisdom. We are the puritans demanding sanctity during the burning of a witch. We insist what we do is noble while we point our crooked fingers at the next carcass.

We are trauma hostages. We speak of private justice while we daydream about John McCain facing his crimes in a secret tribunal. We watch him and Bush Sr’s dead body transported across the country with honors and held in a memorial at the capital round.  We lie to ourselves thinking justice is delivered in a whisper. Justice is as clear as day. Justice is as sure as the sun. This is the only kind of justice.  I know who Q is because of what QAnon said last 9/11. Nothing. And how could you if you wanted to keep the Country together? Q’s goal is a strong centralized Washington DC. QAnon thrives when everyone has a job and pays their taxes so the military can grow. The good guys are big liars pretending to fight other big liars. These are all men in tights screaming from turnbuckles pretending a giant shiny belt buckle makes America a king. This version of truth has nothing to do with freedom or justice. This is smashing someone in the back with a metal folding chair while everyone psycho-analyzes Epstein as the ring leader. Did you feel better after Iraq or Afghanistan? Will we feel better if we go after Iran or Saudi Arabia? Has it already happened in the background but we lack the clearance to know the truth? QAnon is on the side of Washington DC. DC is the New World Order. 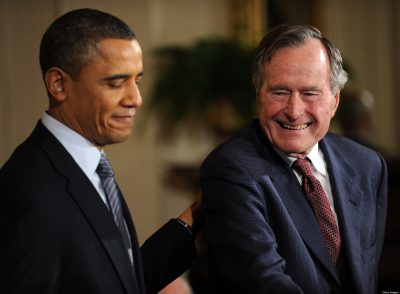 The thought leaders of Q insist everything is great. Many are military assets enlisted with degrees in broadcasting. They’re the vaccine advocates of politics. Q has nothing to do with truth, justice, or what’s right. This is about keeping everyone’s attention. This is about enjoying the show. This is about the feeling of salt crunching in the teeth intermingled with carbonated syrup sucked through a straw. This is about how it feels to watch the peddling of hope. Just like Obama. But we called his side stupid and naive. Not our side. We have a better theme song. We staged a billionaire pedophile’s death in a maximum-security cell. We pretend to clean up Hollywood while we make another reality show with Washington DC as the new mansion. We use the first and second amendment as props to sell an engaging story. The only truth they care about is our engagement. The only goal is to control.

I will say it again. We are trauma hostages. We read into Trump saying, “They have to get their shots.” We unravel a secret message when he says, “I want 5G, and even 6G.” We will march right into Iran and Saudi Arabi claiming we have the moral high ground because the Bible told us it was okay. As if God would even support the idea of countries. The mass illusion is the New World Order Bush told us was coming. It’s not coming soon. It’s been here centuries.

9/11 is a Saudi Arabia job now.  We’ve found another Epstein who opened the door for another Afghanistan who tried to steal our American pie from the window while it cooled. We love our lies. We love our drama. We love the sound of blue bad guys clotheslined from a bounce in the ropes. We beg our red thought leaders to show us more secrets while we guess what [P] means.  All of this will ensure a second term. And then, another title match is over and another set of wrestlers will enter the ring. 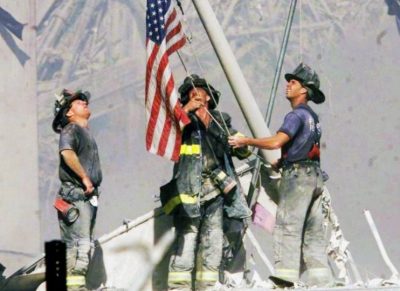 I’m done with Washington. This September 11th I choose to remember how America used to be. Back when we had sovereignty. Back when we were experimenting with democracy. People who push a solution from Washington are pushing for the New World Order. We don’t want to admit we are wrong. America was infiltrated by something worse than Nazis long before the Civil War. We are ruled by the darkness of denial. Most of us would rather remain hostages.

James, I feel you brother. However, since you wrote this article, a lot has changed. It’s now August 13th, 2020 and Trump appears to be much different than virtually anyone had suspected. He looks like a man fighting for God and the Truth. Check out FREAKSENSE TV and one of his most recent videos entitled MICHAEL TELLINGER ENLIGHTENS THE TWO CHARLIES.

Pluto is in Capricorn
Pluto’s ruler is Scorpio and will destroy anything that has no INTEGRITY
Capricorn is the sign of systems
All systems…..money, food, healthcare, education, politics, government, religion, etc…
Any system operating without integrity will be exposed and be reduced to ashes.
This will continue until 11-20-2024
Then out of the ashes the Phoenix will rise and create new systems with integrity
Be aware as it unfolds and don’t go into traumatic shock!

This article is absurd on many levels. The author states in regards to Q – “They focus on military and global domination while ignoring government-funded domestic terrorism. They pretend our government doesn’t steer international drug trade, human trafficking, and global blackmail.” This is the exact opposite of what Q is focusing on and exposing. You either have not really done your research on this topic, you have no idea what you are talking about, or, you are deliberately misleading people. I find it hard to believe you do not know what you are talking about so it must be the latter, unfortunately, as I was expecting better from you. You seem intelligent and I was actually going to buy one of your books until I read this.

I consider the Parkland and Dalton School shootings along with Vegas to be domestic terrorism done for the purposes of trauma programming. If you don’t believe that’s possible you’re wrong for my book so I am glad you didn’t lose any money.

Great stuff but I hope (and thats not too good an emotion!) that there is something going on at an esoteric level – Ras Ben has been shedding light on Philadelphia espacially the “Social Justice” sculpture at the museum of art and this has just been removed “for maintenance”. Is this a victory? i hope so! xxxx

Dumbass article. Q is saving Israel for last. Their role in 911 will be exposed and they will be saved for last. Dumbass.

i also heard Q say they are saving israel for last. until that happens, i am required by logic to assume they are lying. disinformation is necessary

If you’re on the side of truth, disinfo is never necessary.

Disinformation is necessary because the Deep State reads Q drops too. Only a fool would give away information that would help the other side.

While your quote is cute, it has no place in reality. The intelligence community is not for rank amateurs.

( …. but its still their best argument, right? Their best excuse.)

&
For last, Q will save Israel

New World Order is real. They mock us.

Oh, you have cancer. Well, we have something you can choose between: 1. Mustard Gas 2. Radiation.

Or Global Warming where the culprit is CO2 – basis of all life on earth – another mock.

‘We’ve found another Epstein who opened the door for another Afghanistan who tried to steal our American pie from the window while it cooled.’ Excellent piece, James!

Yeah. Ok. But how does one even function within this society? How th do we even relate to others when we are so far out of the matrix? Where do we go from here?

I hope you are wrong, James, although I see the potential for your being right.
I haven’t given up yet.
I don’t have much longer, I pray I have enough hopium to make it through.
And my grandchildren are on their own with their cell-phones for comfort.

It’s certainly time to withdraw our precious attention from this nefarious clown-show. Put down the popcorn and soda, folks. Pick up your sovereignty. Cheers!

I have to agree with you. I’ve told others to remember that Trump is a showman and this whole performance right and left is designed to keep the circus front and center. The left is doing their part to keep the Donald seated and the Israel project remains in place. We’ll be blind-sided with catastrophe before all of us wake up to the illusion. Grand Solar Minimum and Major Pole shift coming. Hang on to your hat. It will be an epic fall. Peace.

You nailed it. Prepare for shtf..get your house in order..I have to remind myself….this is not my circus and these are not my clowns and monkeys…

And one monkey, don’t stop no show …