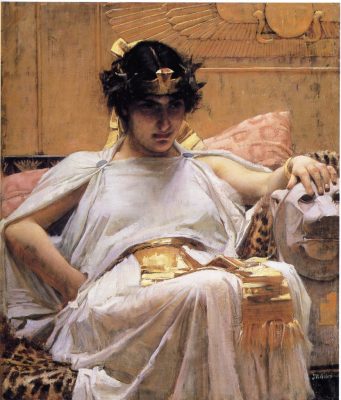 In the city of Heliopolis, in 1450 BC, Pharaoh Thutmose III stood underneath the stars. Two builder priests presented the Pharaoh his merkhets and sighting rods for approval. Thutmose inspected both plumb lines and bestowed the palm of his right hand with the utterance, “tiw.” On his order, two priests sighted the constellation Callisto and traced her saddle to Polaris. A third priest approached Pharaoh and presented the golden cord. Thutmose awarded the priest the glory of his palm and commanded him to continue. Pharaoh’s two new obelisks would align to his cord outside the temple to Thoth. In the ground, below each foundation, a hole was dug and stuffed with the offerings of tools, jewelry, and statues of the ibis and baboon. The Pharaoh gifted sand poured from his sacred hand brought fresh from both shores of the Nile. Each pillar receiving the sand from an opposite shore to link the obelisks to the Nile.

A bronze throne had been placed above both foundation holes. It was time for the final ingredient. The highest ranking priest rose to take the platform. He began the ceremony of the call for Holy Oil. The story had a chorus repeated back to the priest, “The gift of life is Holy Oil. Courageous Sheshmu come through.” Sheshmu was the god of oil embodied in the body of a lion. He was bigger than a war elephant and showed himself in blood. The sacrifice must be voluntary to produce Holy Oil. The priest would build the congregation into a climax as he called forth the chosen to reveal Sheshmu. If no one stood up, the priest would offer his own life. Needless to say, the ceremony had become quite elaborate. It was assisted by an arsenal of musicians and provokers embedded through the crowd. There were orchestrated cries of giant lion footprints. Others would feel the heat of its breath pass overhead. The drums would get louder as the priest called for the rising of Sheshmu.

In a crescendo of pounding, the priest called a moment of truth, “Who stands for Sheshmu?” The fires were doused with oil. Six volunteers jumped with the jolt. Some stood from their own passion, others simply twitched wrong. An unpopular fellow neither stood nor twitched but was pushed by a premediated coalition. The chosen were raptured upon the shoulders of brothers and paraded to the front to fulfill the promise. Once presented to the priest, there was no hesitation. Each sacrifice was drawn and quartered by attendants to lend courage. The priest said nothing as he gorged his knuckles deep into the groin to block the femoral. A sharp slice opened the thigh as the priest pulled out his artery like a spout. The patient is seated upright on the draining throne. He is raised up above the cheering crowd as his Holy Oil pulses and spurts its way down to anoint the foundation. Seated in his own hot blood his shoulders shiver in the clammy shock. His vision dulls enough to finally see the golden mane of Sheshmu come over the horizon. His courage will bless Ra’s needle and his blood will embody the stone.

After the oil was drawn, the erection began with the rise of Pharaoh’s hand to call the sun. Two tall twin needles in the Biblical city of Beth Shemesh would be erected by an utterance. The will of seven hundred men and twenty-six elephants lifted the pillars in line with the Aten. By Ra’s zenith, the living twins shone like lightsabers without a shadow. Pharaoh Thutmose III would later coat the pillars in electrum. He declared his golden white antenna would stand forever in the city of On. Forever comes too quickly for the last Pharaoh Cleopatra. Fourteen-hundred years later, Thutmose’s promise was broken as his needles left for Alexandria. The electrum was scavaged a long time ago and Heliopolis had become a boneyard. Cleopatra was Greek, not Egyptian. The courageous Sheshmu was long forgotten and the city of Alexandria was trying to seduce Rome. 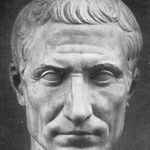 After defeating Pompey and restoring her to power, Caesar and Cleopatra took a cruise up the Nile to the Temple at Luxor. Along the journey, Caesar noticed the way Egyptians treated Cleopatra. Rome respected Caesar but Egypt was enamored by Cleopatra. She held a divine charm that came from a place of reverence. She was a walking goddess who parted the waters by raising her palm. Caesar ruled the world from his mind. The Pharaohs of Egypt ruled from their heart. Cleopatra had agreed to take Caesar to Karnak to show him what he had been missing. 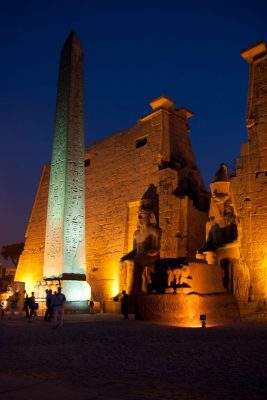 At Luxor, Cleopatra introduced Caesar to the secret teachings of Khemit inside the Temple of Man. He was initiated in the same secret society of Pythagoras and Aristotle. Caesar was taught the golden section, the magic squares, and the divine musical cords. He was taught the structures of the brain, the heart, the gut, and the endocrine. Caesar immersed himself in the sacred magic of Osiris and learned the secrets of mind control from the crook and flail. He learned to speak the spell of milk and honey as he studied the pheromones of an Egyptian Queen. He spent months diving deep into Egyptian sex magic and gave Cleopatra his seed. The couple left Karnak on the closing of the feast of Opet. Cleopatra had timed the sex ritual to the triad of Amun and Mut. Caesar and a pregnant Cleopatra exited Luxor between two granite obelisks. Back on the Nile, Cleopatra turned to Julius on the bow, “You came to Luxor with your power. You leave here with your divinity.”

Rome has more Egyptian obelisks than Egypt. The twin obelisks from Heliopolis along with the east obelisk at Luxor came to be known in modern times as Cleopatra’s needles. In 1833, King Louis-Philippe placed the Luxor Obelisk in the consecrated ground of Marie Antoinette’s guillotine. Forty years later, the Heliopolis needles set sail to New York and London. Six people drowned once the needle left Gibraltar but was finally erected in London on a base of a scarab and sun disk. Three years later, the New York needle was erected atop four crabs in Central Park by the Vanderbilts. Carter Vanderbilt would jump to his death while the sun was in Cancer in 1988. The Obelisk was just a few blocks away. His suicide fits the ritual of the Dark Mother and can be tied to the thirteen families and the Black Nobility. 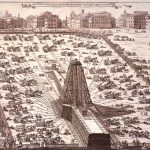 The obelisk in St Peter’s Square is one of thirteen taken from Egypt. Pope Sixtus chose Caligula’s obelisk as a centerpiece after he exorcized it. Nothing eighty-three feet tall in the Holy City is an accident. In 1586, Rome sponsored the obelisks re-erection with nine hundred men and seventy-five horses raising the petrified ray of Ra from Heliopolis. Rome crowns each obelisk with a cross. It changes the shape, charge, and purpose of these gnomons.

Obelisks were originally called tekhanu in Egypt. They are always four-sided, monolithic symmetrical towers that taper at the top to form a pyramidion. We can measure the effects of atmospheric electricity in the shape of an obelisk just like you can on a pyramid. For every meter above ground, a conductive antenna generates 100 Volts. Energy flows from the earth up the obelisk and radiates into the atmosphere. This movement is the flow of electricity inside a toroidal field. Think of each obelisk as an energy apple drawing up from its core and spilling out into the air. 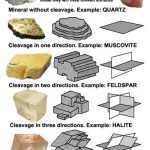 Egyptian obelisks are cut from granite which demonstrates the piezoelectric effect. Piezoelectric materials are organic batteries you can charge with pressure or heat. Natural crystals like quartz, granite, topaz, and even table sugar have piezoelectric properties. So too do biological materials like bone, silk, wood, and even DNA. Quartz crystal transistors power every watch and phone we pull from our pockets. The cleavage of the crystal determines the direction and reliability of its pulse. The notion that crystal power is strictly psycho-somatic comes from people with ignorance of electronics and ancient history. 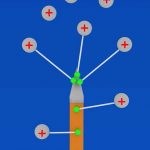 Obelisks are piezoelectric devices that absorb vibration and eject energy like a laser beam into the atmosphere. The science is well-documented. If you were to suspend a wire about 40 feet into the air, you could use this to power a low-torque motor. If the wire terminated into a sharp point, like a pyramidion, you would create even more energy. Hence the symmetrical point, or capstone, found at the top of all obelisks, pyramids, and domed roofs, and steeples. This is the science of grounding and the essence of the obelisk.

Charging the ground below an obelisk with living blood was also popular in Delphi. For a thousand years a monolithic stone in Delphi called Omphalos was ritually anointed with oil and dressed in skins of fine wool. This obelisk was cherished as the navel of the earth marked by the crossing of two eagles traversing the world. It was here, at the Temple of Apollo, Gaia the serpent was conquered. Omphalos is a living stone planted in a hole with sacrificial blood. A living stone is a consecrated marker. As we plant gravestones for the dead. A living stone is consecrated with the living. Living stones are an ancient technology that carried on through Rome.

The ancient god Terminus is the god of boundaries and borders. Rome celebrated him during the festival of Terminalia every Feb 23rd as the death of each year. According to the rites of Terminus, each owner participates in the consecration of a property marker with a sacrifice of living blood. Living stones were binding contracts. The center of St Peter’s Square could be a contract to own the world erected fifty-five years after the Pope’s Convocation of the soul. Egypt is the land of Khemit, or Black. This is the birthplace of mind control and the original Black Magicians. The Pope’s needle sits in a circle that’s said to represent the zodiac. But could it not also represent the Black Nobility?

Thanks be unto Horus.. Amen-Ra (AmonRa).. Amen

Let’s talk DC…a city full of Egyptian symbols. Please post this to Twitter in light of Gloria Vanderbilt’s death this week. It’s very important to understand why things happen the way they do.
I had to chuckle with Cleopatra’s potent pheromones. We can’t compete with that; we’re so hormoned-challenged to the extent we rarely conceive naturally. Much less choose partners based on pheromones.