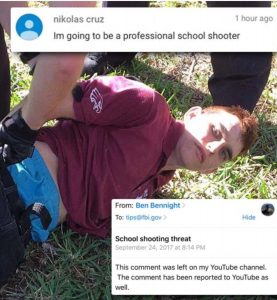 This is the face of a panda, Nikolas Cruz. He has been psychotically split/broken. He heard demon voices in his head and what made him so crazy was … They were real. Q says this is bigger than we know. To explain that I’d like to take you back to the Gulf of Tonkin.

My biological father’s leg was lost in Vietnam. He lost his mind after he got home. My father gave his life to a lie. He was rewarded for going along with the dissonance. PTSD is a function of being a panda. He lost his entire life trying to recover from the experience. He was told he was the good guy, told other things about the bad guy. He felt justified in his violence. He was reinforced by theirs. He had been turned to surrender his own decision. He trusted his orders and his Country. My father did everything right. He died alone because of a lie.

The Gulf of Tonkin incident was a series of skirmishes involving the USS Maddox. American media was reporting that the Vietnamese were firing on American ships. It was presented as several unprovoked attacks. If you look in this map, you can see where this happened. Imagine a Chinese battleship patrolling the Gulf of Mexico and opening fire along the shores of Tampa or New Orleans. That’s what we did in Vietnam.

The original American report blamed North Vietnam for both incidents, but eventually became very controversial with widespread claims that either one or both incidents were false, and possibly deliberately so. On August 2, 1964, the destroyer USS Maddox, while performing a signals intelligence patrol as part of DESOTO operations, was pursued by three North Vietnamese Navy torpedo boats of the 135th Torpedo Squadron. Maddox fired three warning shots and the North Vietnamese boats then attacked with torpedoes and machine gun fire. Maddox expended over 280 3-inch and 5-inch shells in a sea battle. One U.S. aircraft was damaged, three North Vietnamese torpedo boats were damaged, and four North Vietnamese sailors were killed, with six more wounded. There were no U.S. casualties. Maddox “was unscathed except for a single bullet hole from a Vietnamese machine gun round”. – Wikipedia Sources

This event was step one in my stint under cultural mind control. It had shaped my destiny before I was even born. It took over my schooling, my politics, my government, my religion, and eventually me joining the armed forces. As i went from institution to institution the dissonance made me convinced i was stupid. Incapable of keeping up with the sheep. My attempts to conform would backfire and i’d find myself disciplined by institutional structures and cult shame. I was walking inside a contradiction convinced this whole mess must be inside of me. Afterall, everyone is acting as if this is normal.

My parents’ generation were bonded to a war based on the threat of three speed boats. It cemented a blind trust from the people to the U.S. government. When you have a trauma bond the moral decisions of the victim are delegated to the perpetrator. The soldier relinquishes his moral authority over to a chain of command. This is the severing of the intuition to accommodate the larger organism. This is the turning of the panda. The checkerboard personality is a side-effect of mental mitosis. The mind is peeled and splintered into what is required to survive. You break a mind in the same way you break a collective. Divide-and-conquer. Psycho-mitosis starts with an exaggeration of good versus evil. You push the victim into a state of polar extremes. You constantly praise and reward them as good or virtuous, then slam them with accusations of evil or bad. This causes two personalities to form as one introspects to determine if it is good or evil. It looks at its good traits, then looks at it’s bad. When gaslighting and fake news are applied a person is literally told it’s bad side is good and it’s good side is evil. This is the beginning of the state of panda. A universe of white reflecting black. The mirror becomes indistinguishable. The victim can be led to any conclusion as long as they can find a little comfort from being wrong. The Florida shooter had these signs. His “checkered” past and psychotropic cocktails were used to induce the state of panda. He reports hearing voices in his head from demons. In the same district and just a few years prior, the Ft Lauderdale shooter reported hearing demonic voices in his head. We see this sonic technology today at work and on the battlefield.

You can swallow the red pill now, or bend over and wait for the suppository 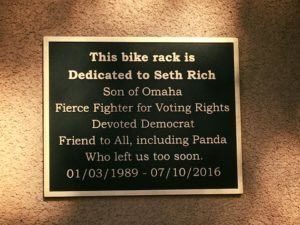 We are in the first mile of our Country’s Great Awakening. We need to talk about these truths and show each other compassion. We are literally removing the plug from our spines. We will all awaken with trauma. Some are not quite ready to see it. Your awakening will be met with resistance and ridicule. You are going to be called crazy for what you are saying. You may lose your temper and start to attack someone with your words. You feel justified because you know people’s lives are in danger. You can’t force this. You have to find compassion for the self you see inside them. These people aren’t stupid, they are victims, too.

Seth Rich is more important than you know. We are in this together. This simple truth is what gives us a voice. Conspiracy is a label that only fits a whisper. That’s why we will all soon be shouting. Where we go one. We go all.