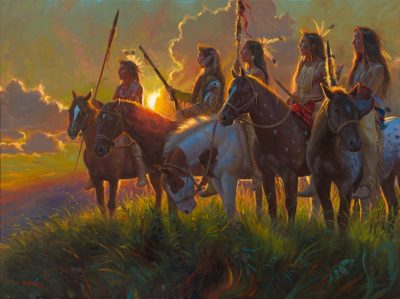 When Russell Means introduced himself to Congress on January 30, 1989, he did not give his name. He views his life as one bead in a rosary.

“Hello my relatives, I am an Oglala Lakota, and I come from a very sacred holy land, the Black Hills where Yellow Thunder Village is. My mother is from the War Eagle clan, and my father’s family is from the Crazy Horse clan.”

It was late October in 1832 and three days into the new year. Wahuhi’s birth would make him the Cherokee nation’s firstborn. His mother, Asana saw him come in a vision seven days before. She knew the time and the place. She prepared by covering her forehead from the sun with a purple clay made from coneflower, summer grapes, and red elm. Asana would incubate Hawini in a steady flow of melatonin. The pineal gland sits in the King’s Chamber. This tiny pinecone regulates our consciousness by secreting the holy oil of serotonin. The steady supply stabilizes our waking consciousness.

For seven days, Asana’s tribe poured power into her womb by the fire. Men shared visions of twelve-pointed elk at dawn. They told stories so vivid you could smell the bull’s urine. Her grandmother said he’d have the eyes of osprey and the heart of otter. Asana swaddled her son in the tapestry of chemicals that spun between her ears. These spirit animals are more than stories. To witness the elk is to meet its spirit. Before the world of photography, only the chosen would experience the solace of crow. Life is an archetypal mirror where our mind sees the truth in the trees. These visions made Asana’s magic sharper. For seven days, her dreams would be guided by the tribe’s mother. Her lips were the last she’d see before going to bed, “He is brave like bear.“

The ears are a nest woven with the stories of elders. Mythology is a thread pulled from the seam of the mountain. The sun was yet to come. She would plant Wahuhi in the soil under a parliament of screech owls singing trills as he breached. Hawini Wahuhi, under the owls, was born in her crimson placenta. Asana was careful that his feet touched the earth first. This would give him great balance. 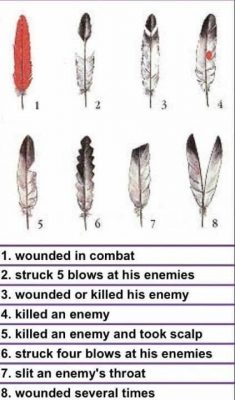 He was raised on the collarbone of the long ridge in the blue mountains of Nantahala. He grew splendid in the light as a tall hunter. Sunset marks the beginning of a new day for Hawini Wahuhi. His people call it first dark. The purple haze zipped the great white belt open so the sky could sprinkle her protocol. Hawini blew hot breath into his palms charging his buckeye. The seed’s slippery coating was the color of a fawn. He had cradled the shiny eye between his knuckles all day. It neither fell nor touched the ground once. Yesterday, he pulled it from the medicine bag on his chest. Weeks ago, his wife had collected it in her blouse. These buckeyes are magic; charged with attention and time. They are priceless. They hold the visions of every deer and the wisdom of every ancestor.

He places his gift into the fire as it reaches the ground for the very first time. He watches it hiss in the steam. The crackle and pop pierce a veil in flames. The one-eyed seed shows him his future. The sound and spark is Hawini’s auspice. There would be rain in the winter. He would catch a red trout with his hand the same day he died. He could feel his bones resting in the land of the noon-day sun and felt peace.

The first warrior to touch their enemy has great honor. Their bravery creates a prana economy. The warrior’s DNA is supercharged forever from an action that took seven minutes to accomplish. This is the technology of his belief.

Good work. The following lines are most magical to me:

Asana would incubate Hawini in a steady flow of melatonin.

The pineal gland sits in the King’s Chamber.

This tiny pinecone regulates our consciousness by secreting the holy oil of serotonin.

he’d have the eyes of osprey and the heart of otter.

These spirit animals are more than stories.

Life is an archetypal mirror where our mind sees the truth in the trees.

{I can attest to this by experience}

{this line also reminds me of the importance of Fourfold Vision -> https://bit.ly/32Gg0MC }