In Egypt, the magician’s wand is strong and shaped like a boomerang. The magician uses words with the calligraphy of his body, “Disease demons be gone!” His tongue is a swift sage. His wand is a firm broom. The magician encircles things he wants to protect. He taps into his hero and downloads more power, “I am Horus. I encircle my bed!” His wife enters the room. She brings an offering in the palm of her hands. She drops shavings she scraped from the statue of Isis on their bed. They will conceive a strong, healthy boy. These wizards from the past were blatant with their tongue and intention. They expressed it clearly to the aether. It wasn’t a secret whispered in prayer.

Today, the zeitgeist relegates magic to tricks and pretending. That’s why we’re so easily tricked. That’s why so many enjoy pretending. But magic is real regardless. A mom can stop a child from fifty paces with the vibration of her vocal cords. She reaches through the aether with oscillations that can turn a spine on a dime. We call on our gods like a battery.

The walking gods of today are charged with fame. They are unspoiled heroes in our hearts. Archetypes are a kind of dynamo. Evel Knievel was mine. I drew strength at the dirt pits while staring down the red cliffs to the jump over the gully. Should I do it? Will I make it? Do I dare? I pump the grip of my handlebars like a throttle. I close the windshield on my imaginary helmet. I am invincible inside my ego. I am a living hero about to pee his pants. All of these lessons puts magic in our belly.

Arguments are magical warfare. We cast fireballs at each other through the aether. Sometimes they burn. Sometimes they fizzle. Sometimes they turn in mid-air and come back at us. We are wizards of belief fighting for the tallest tower. We cast a staring contest in space and say, “There can be only one.” It reminds me of Jerry Marzinsky’s story of two schizophrenics who both thought they were Jesus. Turned out they got along fine. Only in an insane asylum can people respect each other’s beliefs. We lock people away for not participating in the quickening. All we do now is shout quietly at each other across the board room, “There can be only one.”

One of the biggest clues our society is broken is the way we treat foreign cosmology. The rise of flat earth has bred a cesspool of ridicule from people threatened by new ideas. The Archons of science insist it’s not worth putting it on the stage with the globe. This is exactly what they claimed about climatology.

“These ideas are unworthy of our consideration so we won’t be considering them.”

Even in the truth community, people are arguing a 10,000-year-old cosmology was invented by the CIA. Or better still, by evangelical Christians. Meanwhile, the oldest story in the world is how we all got here and we’ve decided “there can be only one” cosmology.

It is impossible to find a flat earth video now without YouTube showing you three pages of ad hominem. This isn’t normal for a bogus theory with zero validity. What gives away corporate mind control is ridicule and misdirection. Look at the Flat Earth Society’s website. Then do a simple flat earth search on YouTube. Every thumbnail you see of a disc-shaped earth floating in space is propaganda. Not one flat earth thinker has ever carried that view. These are all the same misrepresentations used to smear the truth. This is licensed and enforced propaganda against something that should be completely harmless. But it isn’t. Ridicule is emotional mind control and its very effective in a society that flogs the ego for a living. When society is insane, the propaganda will feel comfortable and the truth will feel painful.

Try it yourself. This Eric Dubay video is one of the oldest, most referenced flat earth videos ever produced. It is buried on page three now despite searching directly for its name. Flat earth engineer Brian Mullin‘s entire channel has been deleted by YouTube. Regardless of how you feel about flat earth this should be a clue for you. Why is this so important to manipulate? If you say it’s a distraction it’s a terrible one. Flat earthers unanimously emerge knowing everything they have been told is a lie. The flat earther would be a human virus against the machine.

An unbridled cosmology is dangerous to the New World Order.

All of the content on flat earth that was logical and popular is basically buried now on YouTube. If someone was curious they would not have the same opportunities I did to find good information. Several creators have had their PayPal accounts revoked. Several channels have been taken down. I know the entire topic is a calorie burner. It’s chemically expensive to even open the door to look. But you don’t have to decide, agree, or even go in. The key is simply to unlock the sandbox in your mind. There’s a lot of plasma available when you do. 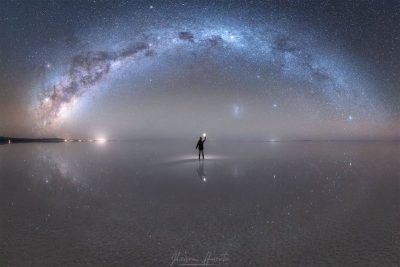 We know space is made in a Hollywood basement. We can extract clues from this deceit. Why would they make space in Hollywood if it’s so fantastical? More importantly, why are we a congregation living in someone else’s cosmology? We don’t even know if human consciousness is sustainable above the thermosphere. Man is the living soil. We are connected to our roots. We call these roots gravity but it is so much more profound. We are a walking cross living on a divine ribbon of plasma.

The shame around flat earth is as palpable as it is around all taboo topics like racism, scientism, and globalism. Questioning these topics is a mausoleum in a cemetery that’s only open at night. It comes with sulfuric fog lurking on the ground. It’s enough to scare us off. We find it tedious and it’s been made that way. From one cavalier to another, let me pass you this advice. The path they curse with shame and lies is where you’ll find the grail.

We must emerge from the cosmological closet. Cosmology is a vital form of faith, magic, and creativity. It’s crucial we each develop a model as intricately as we can and share it like a song around a campfire. Cosmology is art. But culture covers it with wet blankets and ridicule. It makes it a struggle to imaginate in public. It’s like we’re children who just got in trouble so we better stare straight ahead. This feeling is with us 24-hours a day. Each of us is responsible for our cosmology. Most buy one off the shelf at Costco. Mine is homemade with glue and macaroni. God will appreciate it more when he sees it. Even if he thinks its silly.

Great article, James. Your new book should be in my mail box tomorrow. I will start reading straight away.

P.S. In paragraph two, there is a typo — were that should be we’re*.
Peace, Brother.

Got it, thanks buddy!