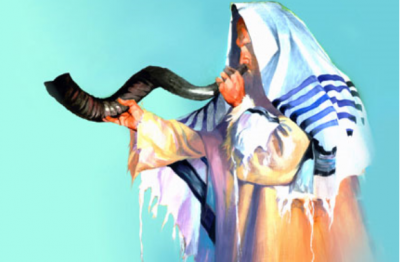 It’s not the Jews. At least not exclusively. The evil we face is inversion. It’s moral cannibalism and self-mutilation. Inversion is a contagious pathogen of the mind. It’s a possession of the empty-hearted. It’s a walking sucking chest wound. It turns humans into drones for a hive. Each finger sprouts another hand, and each hand sprouts five more fingers with five more palms. The fractal curse has infected Judaism, Catholicism, Christianity, Islam, science, fashion, government, mafia, military, and entertainment. A suicidal tone has been struck in the aether. It’s a calling for the tower of Babel. What the pyramids of Egypt show are the power of devotion and obedience.

America suffers the same infection as Israel, England, and Rome. Our enemy is human evacuation. We see this manifest as psychopathy. The most dangerous beast in the jungle is the man with a hollow chest.

I always knew we’d talk about the Bible. I always knew it would make us uncomfortable. King James outlawed the spoken word by calling the tongue an instrument of evil. He declared a prohibition on the power of vocal cords. He declared magic a sin punishable by death. He said this before he published his Bible. In his book, Daemonologie, he said it plainly for his day.

“I mean by such kind of charms as commonly daft wives use, for healing of forspoken [bewitched] goods, for preserving them from evil eyes, by knitting … or doing of such like innumerable things by words, without applying anything meet to the part offended, as mediciners do.” – Daemonologie

God never told you to find him in the Bible. People told you that. God talks to us, but he doesn’t speak English. That would require a man to be trained first by other men to understand his tongue. God needs no middle man. God moves in the eros of your spleen. We feel him as the breeze during our tragedies or inspiration. I see calligraphy drip from his pen when it rains. I lay in my bed, and the moon tracks across the curtains. I see God’s light poke through his vaulted firmament. God speaks in everything that moves and doesn’t move. God is the spoken word, and King James outlawed us from using it.

The Bible describes a technology called LORD. This technology requires a belief you are broken. Wild horses are broken. May we look to the stars instead of man to see the scripture around us. We are holy submarines submerged in an ocean of atmosphere.

God is not found in a Nicene Creed. God did not sign his name in the Bible. The belief in Saints is a chain of command. Yesterday, someone told me it was okay for a state to take a life because it was in the Bible. Last month, someone said the Bible condoned taxes, so it is our duty to render them without question. People insist Palestinian genocide is impossible since they are God’s chosen people. LORD technology is a magnet that bends our compass. It was designed to work that way. 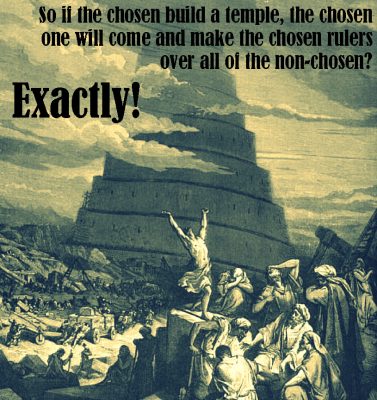 Why would God lock his words in ancient greek and hide them in one geography and time? Why would he leave his most vital notes filtered through man’s fingers? Why would he establish a chain of command through the Father, the Son, the saints, and the church? Why not speak directly to us? The Bible’s foundation came from the Book of Moses. The same men that lie today have lied for centuries. They’ve gotten quite good at it because we are so prone to believe them. The Holy Spirit never whispered to any of us, “I wrote the Bible.” It was always a company of men who insisted it was divine.

Salvation is a powerful trance. If you doubt, you are told to add more Bible. The answer is always in the book. The flaw is always in the reader. The scripture is not to be questioned. To question is to doubt. If you don’t see God’s grace in the pages, your heart may not be worthy. Read some more. Pray for guidance. The book is flawless.

We worship the Bible as a relic despite it having a commandment telling us not to. This is an example of Christian inversion. People insist they don’t worship the Bible. But calling something flawless is an act of worship. Our devotion to its text is deeply ingrained obedience. If you don’t like the answer, you should read quietly until you do. In Christianity, like Islam and Judaism, to doubt the costume is to doubt God. This is what happens in monotheism. If I burn in Hell, it will be for challenging the books of Moses and Abraham. I will plead my case for exercising scrutiny.

“Blessed is the one who does not walk in step with the wicked or stand in the way that sinners take or sit in the company of mockers, but whose delight is in the law of the LORD, and who meditates on his law day and night. That person is like a tree planted by streams of water, which yields its fruit in season and whose leaf does not wither— whatever they do prospers”. – Psalm 1:1-3

Prana is real, and LORD technology traps it in its frame. All of our beliefs get sucked into the intake when we confess we’re dirty. We subscribe to a gold level service called salvation. But salvation is never a journey forward. Salvation comes on knees. Salvation is a climb out of a pit. The ascension program requires you to be desolate. Salvation promises you will stand where you once stood before you got here. The truth is, most people feel safer in the pit. Shame is a contract with slavery. Sovereignty is the man who truly confesses to himself. Otherwise, salvation is intimidation.

“Serve the LORD with fear and celebrate his rule with trembling.” – Psalm 2:11

Inversion splits the mind. It uses the hatred of self to crack open the husk. It empties our pearls for the machine to mince. Abandonment is the origin of inversion. It turns Judaism into blackmail. Catholicism into pedophilia. Christianity into Zionism. Inversion is a psychological disassociation. It exists between the Old Testament and the New Testament. The two towers of mind control are severity and mercy – Jachim and Boaz. These are spark gaps crackling their way up Jacob’s ladder. This is the hypnotism of good and evil. The golden child is anointed publicly to make each witness a scapegoat.

When all the people were being baptized, Jesus was baptized too. And as he was praying, heaven was opened and the Holy Spirit descended on him in bodily form like a dove. And a voice came from heaven: “You are my Son, whom I love; with you I am well pleased.” – Luke 3:21 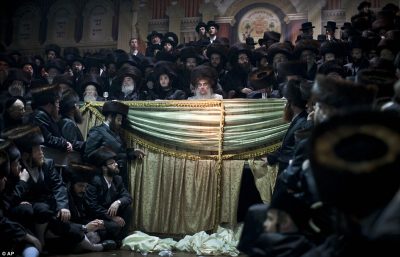 The LORD of the Bible and the LORD of the Quran are the same. LORD is the shepherd, and man must learn to be a good beast. Mankind accepting salvation through the eye of providence is that contract. The New World Order is the blueprint for globalism. This plan will only be forced on a minority. The majority will call it God’s will or beg for it to happen.

This is a hypnotic spell older than history. It’s a vibration planted over five-thousand-years ago. The only cure is to cut our engagement from its belief. Doing this will feel like a betrayal. This is the adhesive of mind control doing its job. There is a cost for your sovereignty. To be free, one must commit to the quest.

We fear the LORD. The Bible won’t even spell out his name. The authors decided our eyes were too profane to read it. Our salvation is placed too deep in the pit to ask for LORD’s identification. We give LORD all of our power in exchange for acceptance and mercy. This is the blueprint of mind control. A snake oil runs in the scripture. LORD technology comes with the side-effect of death for the individual.

There can be only one LORD.

The third temple will mask the third world war. A grand reset will subdue and distract us in the Jubilee. All nations will be brought to their knees before LORD. He is the shepherd in the Eye of Providence. In this Apocalypse, the gods of Yahweh and Allah will be revealed as one. All people of the world will be declared children of Abraham. The chosen ones will administer LORD’s government like a Tabernacle in the Wilderness. The New World Order is a coming together of the hive. Rapture is our welcome to oblivion.

Globalism is a pyramid scheme. It’s a powerful spell of hypnotism. God is centralized behind a chain of command. A central book forms a single eye for seeing. Sixty-six chapters are the entire Alpha and Omega.

Possession is the one true goal of globalism. Possession comes out of disassociation. The two towers are instruments of evacuation. In the Old Testament, God hates you. In the New Testament, he loves you. The dissonance comes in the fluctuation. This is the art of gaslighting.

When one man saves another from his death, we call that a life debt. The debtor’s sovereignty is obligated to his master until it can be repaid. Since early Rome, the title, Pater Patriae, was given to the rescuer. This is second father. It’s a belief technology made from reverence instead of fear. We earn LORD’s mercy by accepting our life debt to his son. In LORD technology, you are a genetically profane being and were saved by the death of the golden child. An oath was sealed in blood on your behalf long before you ever got here. This is how you possess a heart. It becomes too uncomfortable to remain in the chest. We make room for the Holy Spirit.

Stockholm syndrome is trance that can be passed down generationally. Our soul is split with the fork and spoon of the LORD. The fork of guilt pricks us open, the spoon of salvation scoops us hollow. LORD is a technology of belief and possession. The Holy Spirit is an ethereal corporation.

This isn’t a call to abandon the Bible. It’s a call to reclaim your life. Belief is the most valuable commodity in the world. Its collection has been centralized and used for nefarious purposes. The system is selling you back a tiny portion of your original power after it’s used for corruption.

[This article is an excerpt from my new book.]

I’ve been thinking about free will and that that is where the trouble comes from – an experiment gone wrong? If there is freedom then we create a world which is for the benefit of all – of abundance but whenever free will was created one could choose to create without benefitting anyone else and without reference to anyone else and so creating scarcity – pandora’s box?

I like the way You say it , James !
As straight as is possible via language,Your lexicon piques that which is of utmost importance.
Subtraction is the inverse of addition at any level or rate.

English is not my mother tongue, so I hope my response makes sense 😉 What has been on my mind since quite a while is… If I could only remember who I really am! Call me crazy, but I think that we did build the pyramids, and not some more advanced species. I know I’ve been programmed to always give my power to something/someone else, because this something/someone else is always more capable than me. But this is based on me having accepted that I’m little, useless, and also full of fear because of the messages I get “if you… Read more »