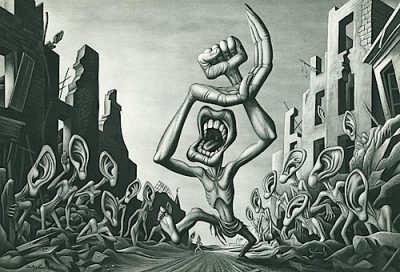 Equality is a bad word. It sounds weird to consider but words can be judged good or bad by a simple mathematical formula. Prana is lifeforce. Does a word extract or install prana after hearing it? How does it affect your prana to hear “economic equality?” Racial equality? Gender equality? A deficit of equality enlists injustice while a profit in equality enlists guilt.‬ Equality is a machine that harvests sympathy for power. This is a machine of self-evacuation. Once the self is gone, the victim is willing to join the hive. It won’t matter what color or side, they just don’t want to feel alone anymore. This is the essence of communism.

Equality was invented by psychopaths who pretend everyone needs their help. They insist help only comes from a centralized power that becomes generous and kind despite the evil required to win control. Equality insists it can only pay after it controls every piece. Equality insists this is the only solution. Equality is a trap for gullible people who think blind empathy is kindness. Blind empathy is what got us here to begin with. Equality is a trap for fools who don’t learn history. It’s a philosophy of fear that requires a scapegoat to bring everyone together for a witch burning. Three words say it all, “Eat the rich.” 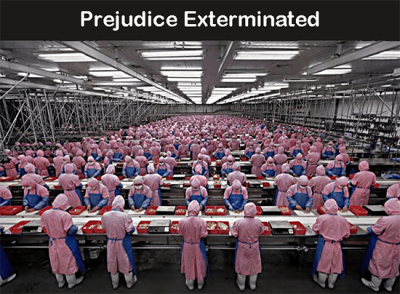 A friend from childhood spends his days fighting oppression on a white collar college campus under the corporate flag of Black Lives Matter. He’s empowered by the solace of racial oppression. I knew him as a boy. To watch him now fully invested reminds me of the true power of mind control. He is convinced equality is the answer. He calls me an ignorant Nazi because I don’t agree with him. He calls anyone who doesn’t agree his enemy. 100 million dead from communism isn’t enough. He needs more bodies before he will reconsider. He’d rather punch Nazis in a pro-wrestling ring before looking at the promoters. This is the cancer of anger misdirected. We become trapped in the Hegelian dialectic. My friend hates my telling of the truth. He calls “mind control” bullshit and thinks himself immune from groupthink. He does this after shouting a corporate motto from MSM. Narratives and psyops are designed for the brainwashed who think themselves too clever. Mind control supersedes intelligence. Mind control is the constriction and release of dopamine by an authority.

Equality does not exist in nature. It’s the invention of the hotdog factory where every weiner comes out the same. Man is pulverized and extruded into a shrink-wrapped package and stacked neatly on a pallet. There is a shiny sheen to equality as it grinds liberty into a wax sleeve. I don’t want a hotdog world. No self-empowered person would want that. Most of the history of Bolshevism was left out of schoolbooks in high school. Most of the killings and death brought on by equality are ignored in college. The French Revolution failed because of its insistence on equality. The American revolution succeeded because of its insistence on liberty. Colleges won’t tell this truth anymore. Colleges say Mark Twain is racist. Colleges want equality, not discernment. Colleges want every book to have exactly 200 pages. 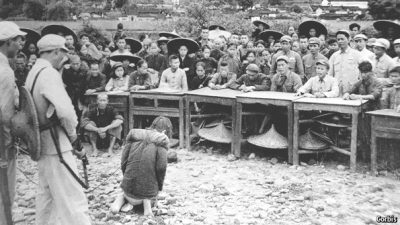 Individuals can be victims but never a group. Being hurt requires a body to experience pain. Any identity movement claiming victimhood is a figment of the imagination. It dismisses the human for the egregore.

Most minds won’t consider ideas outside of their programming. This is the purpose of programming. It keeps us in our lane. Prana constriction is vital to mind control. When we get sick it weakens the lifeforce and we feel threatened. When we are self-empowered it grows our energy and we become more compassionate. Pain makes us selfish. Abundance makes us generous. Our government uses mind control to suppress our prana. This makes us malleable to bad ideas like centralized power and communism. If my friend truly believed there was injustice in the world he would find a lawyer and fight for a person, not a color or genital. Lawyers love to litigate and social justice is a lawsuit away. But equality is a religious cult of oppression. It requires oppression to remain. Without it, there is no glue holding the congregation together. This is the foundation of communism and equality. My old friend is a shepherd pretending to be a revolutionary. He never once considered equality could be a bad thing.

James, thoroughly enjoy your insights and ability to paint it for us. I have been digging into your book. I am a old guy and recollect Animal Farm…some is more equal than others…that is where we have arrived at…to think: in the late 60’s, early 70’s..@ the height of the revolutionary hippie daze, with peace and love and acid trips…we were being programmed to accept this shit…”they” torpedoed,straffed,napalmed and committed murder against a U.S.naval vessel called the (of all the names) USS LIBERTY….in 1967…damn..and so far,have gotten away with it…

I really can relate to your writings… Much appreciated..

You mentioned Hegelian dialectic as a weapon, tool of the oppressors etc.. I disagree with this notion and with others who scream this… for me.. this dialectic is the trivium.. the mind works in threes.. 1,2 3… bam.. Hegel used this to illuminate our thinking processes, not destroy it….the dialectic is inescapable … its the name of God…YHVH

despite this slight disagreement, I really like all of your articles. look forward to reading your books..

You’ve given me something to think about and research more. I appreciate that. I only have a rudimentary understanding of the dialectic but i have always considered it in 3s with the third being hidden. Thesis and Antithesis are the sheep’s dichotomy of red and blue, while Synthesis is what the shepherd wanted/expected from us the whole time. Thank you for your thoughts.

Jan Irvin’s interview of Gene Odening about the Trivium Quadrivium and Kabbalah was the best explanation of the seven liberal arts that I’ve heard. It was Gnostic Media but Jan changed the GewTube channel to Logos Media ✔️ It out

Great writing!
By
This leads me back to the notion that it is best not to believe or disbelieve.

By doing this you only operate on what you actually know. It’s uncomfortable, it requires constant critical thinking. It trims biases.

It’s important to struggle with personal uncertainty until any other way of thinking just feels like blindly jumping to conclusions. Lazy and dumb.

They think leaving a comment on FB means they are a revolutionary!!

A wonderful, shareable piece. I was going to write something to include the notion of “equality” in a long Facebook post. Seems like we are on the same wavelength. Thank you James. More ample food for thought here.