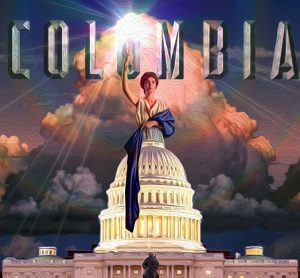 The world is engulfed in a ring of snakes hiding under the rocks of a few corporations. Each of these reptiles assemble around a corporate sigil. People give their lives to these sigils and every two weeks, we are rewarded with a series of numbers, a decimal point, and maybe some commas scribed on rectangular paper and decorated with a royal signature. The higher the number, the higher the favor. The District of Columbia, Inc. is one such corporation. We subscribe to its product for the privilege of calling ourselves their citizen. We sharecrop their land from a baron we call a banker who rents it from a duke we call a politician. We pay these barons a mortgage and buy insurance to protect their property while we live here and improve it with compounding interest. We pay tribute to the king with every hour of our labor on every Monday and Tuesday of every week of the year. We keep ourselves busy arguing about how desperate we are to get permission to build a wall. We live as indentured enrollees in a buyer rewards program from the corporation of the District of Columbia. These overlords we treat as royalty can loosely be called the cabal. 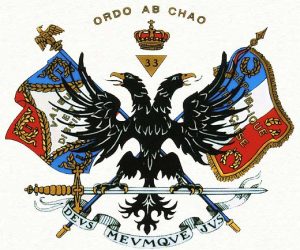 If hunting psychopaths were as fun as hunting sasquatch there would be no cabal. The purpose of the cabal is chaos. The product of the cabal is confusion. We are constantly gaslighted with lies to generate the energy, frequency and vibration of disorder. Why are we giving out peace prizes for bombing nations? To reward the chaos. Every piece of media; every political decision; every catastrophic environmental blunder has one goal. Chaos.

The secret society is a fetish for discovering what others keep hidden. The secret behind the grand secret is it doesn’t even have to be true. If you want people to believe something fantastical you tell them something even more fantastical as a distraction. You catch them off guard. You give them reasons to disagree with the right hand so they accept the left in the recoil.

Yet, there is a silver bullet. It’s name is the zetetic method. It’s the principle of constructing one’s world directly from the senses. Zeteticism is the ultimate cabal antibiotic; the very antithesis of scientism. The recovering addict can baptise themselves and wash away the black oil of chaos. Every spell we have chanted since we were children can be cancelled in a single verbal inoculation. Imagine the power of a billion souls telling the system, “We don’t believe you.”

Let’s rediscover our history. Let’s rebuild our science. Let’s rethink our physics. Let’s excavate the suppressed power of placebo. Let’s make government work for our trust. We can build our own walls. We can make our own decisions. We can restore faith in the pelvis of the natural man and return the sovereignty to the individual. Anything less will only make more ordo ab chao.