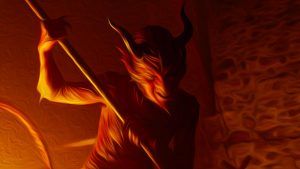 Alex was sixteen when he cracked through the shell of his energy body. He had long been frail from trauma he would never talk about. Two demons pried their way into his core as he walked himself home one night drunk. The moment they slivered through the zipper in the backside of his head, Alex decided he was done with high school. Alex had been hearing voices all summer. These voices tell Alex how terrible he is. They want him to kill himself. They want him to kill other people. They taint every situation. They tell Alex there is no God. Then they tell Alex he is God. They can take him from invincible to worthless in 3.2 seconds. They rob him constantly of sleep. No one told Alex how to fight back. No one showed Alex how to protect himself. Alex is diagnosed as a paranoid schizophrenic and he is one of millions. Most patients report voices ranging from annoying to abusive. For Alex, the voices harvest his energy like a tree tapped for molasses. All victims report a massive drain of energy by the voices. By all evidence, demons are an archetypal parasite.

There are no genetic markers for paranoid schizophrenia. Nor are there any detectable chemical shifts to link the condition. There is no clinical test for schizophrenia. As many as four in ten male patients attempt suicide. Society abandons Alex when they tell him the voices are delusions. The industry is not paying attention. Prisons and psych wards have the same protocol for treating Alex’s condition – they don’t talk about the voices. Voices are labeled hallucinations and hallucinations are symptomatic. It’s a cycle of dismissal. Jerry Marzinsky, M.Ed, CPC has been treating and studying schizophrenia for thirty years. He started listening to these voices a long time ago. He has outlined some common characteristics of simple demons.

Demons read your mind and use the information against you. Demons will always tell you the truth when commanded. Demons don’t like therapy. Demons don’t like medications. Demons don’t want to be exposed. Demons hold rank and follow a hierarchy. Demons reject anything spiritual. Demons grow weak in a church. Demons believe they have no light of their own and are fueled by this lacking. Demons are threatened by their superiors into hurting you. Demons fear their own death and refer to it as a pit. Demons are highly vulnerable to laughter and ridicule. Demons have access to a victim’s memories and voices. Demons can pose as anyone you know. Demons have an aversion to Psalm 23, the Shepherd’s psalm.

At nineteen, Alex saw his first shadow. It came when he started doing methamphetamines. Marzinsky reports multiple patients describing shadow people. They are featureless black figures emerging from the shadows. They are autonomous entities that approach you when given attention. When meth addicts can interact with each other’s hallucinations it’s time to stop labeling them hallucinations. Alex had been seeing the shadow men for years now. They’d been around so long he could see their lime green eyes. They were highly knowledgeable about the world and Alex’s energy reservoir. Alex had no money to feed his addiction and the voices stepped in to help him. Five shadows convinced Alex to travel from San Diego to Oregon to a place Alex had never been before. The voices in his head gave him turn-by-turn directions and a shopping list of things to pack for his journey. Alex found a crop of marijuana just where they told him it would be growing. They helped him harvest the crop and even took him to a park so he could sell it. The voices knew the area well. They were helping Alex score. They were his spirit guides. Alex’s story is not unique.

Marzinsky isn’t the only researcher to say demons tell the truth when questioned. This would fit when we understand demons as an archetypal technology. The algorithm of deception would require a weighty intelligence an ethereal would find too cumbersome to carry. Demons are psychic programs – or ethereals. They are lighter than birds. Without the power of deception, a demon will reveal itself with a single question. “Am I sovereign?” If Alex would have know to ask this he would have heard a resounding, “No.” The shadow beings have owned his body for years now. Alex would never have a full night’s sleep again. Every possession and psychic attack begins with the energy body. The victim is worn down until they become vulnerable. Sleep deprivation is the primary method of attack. Once a demon breaks through the drawbridge, the voices work in tandem to secure entry for other demons. As the parasites breach the castle, the mumbles becomes whispers. The whispers become words. The words become daggers.

Alex was standing on the Metro platform waiting for the red line. The voices were screaming at him to push a lady in a green coat onto the tracks. Alex’s possession was more than a few voices now. He stopped counting all of the shadows and personalities. His energy body was an open-air slaughter house. Alex felt the jabbing of shadowy fingers jolting his ribs and screaming, “Push her!” Some said Alex’s suicide was selfish, but Alex did the bravest thing he could. He took his own life to save another.

Humanity remains prey naked in the ignorance of this technology. These demons are archetypal software. Perhaps Alex could have developed and sensed his energy body and commanded his demons away a long time ago. Alex could have learned to claim his own sovereignty. Paranoid schizophrenia is a psychic attack. Shadow people are an indicator of the level of possession. We cannot defeat a parasitic demon if we call the voices hallucinations. 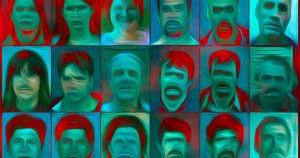 This has been Part 3 of my series on demon technology: Part 1: The Technology of Demons, Part 2: Possessions and the Targeted Individual.

“Alex was standing on the Metro platform waiting for the red line. The voices were screaming at him to push a lady in a green coat onto the tracks. Alex’s possession was more than a few voices now. He stopped counting all of the shadows and personalities. His energy body was an open-air slaughter house. Alex felt the jabbing of shadowy fingers jolting his ribs and screaming, “Push her!” Some said Alex’s suicide was selfish, but Alex did the bravest thing he could. He took his own life to save another.” Um, how could you possibly know what was going… Read more »

Recently found a video of Jerry being interviewed, he looked familiar, as I have no doubt watched an interview of him in my past. I’ve just completed Jerry’s & Sherry’s book and will forward it to my former talk therapist at our local VA hospital. Have had both shattering childhood sex slave abuse and military experiences involving my death, and a surgery recovery that went bad as I had to be revived six times. Aside from the typical abusive father scenario, the childhood death was an out of body experience that I called dissociation. Where my awareness went to in… Read more »

A few years ago now I dated a guy .. on this occasion when he dropped me off, we pulled up in his car under the streetlight . I glanced away and as I looked back his face had changed before my eyes .. his faced had morphed into what appeared to me to be the devil. He had a gaunt look , visible cheekbones, a chin that had a goatie type beard . His eyes looked like sheep eyes . Not human. And he had shorter fuzzier hair with 2 small bumpy horns on the top of his head..… Read more »

James , interesting , i have been dealing with my delusional son for 24 yrs now since he was 16 . He doesn’t just hear voices but speaks to visual images of angels and demons . Does not believe he is ill but believes he is a prophet . He wrote another book of the Bible starring Himself . I cant even begin to explain , but gets himself in trouble constantly with things others easily get away with . He spent 8 yrs in prison and is on the way back with a rediculous charge . I do totally… Read more »

I think that you are generalizing. If all “Demons,” as you call them, told the truth, we ought to have had no trouble with them. Everybody knows about Jesus Christ who cast out Devils. Why didn’t Alex find some Christian to tell him what was going on? Was he in areas that only had the useless types of Christians? I heard my first Voice at age 20: I was telling two lads to buy this really nice Christian book- THE NEXT STEP For Growing Christians, by Jack T. Chick, when this exasperated sounding voice broke in: “Why don’t you just… Read more »

I have 3 voices and a lot of this is true, however all they do is lie.. at least 99% of the time. They claim they’re God, Aliens, Angels of “the lord satan”, Demons, even the US Government. Nothing I’ve done has gotten rid of this demon that makes voices in my head. But I do get to hear how much of “a worthless f**king piece of shit” i am literally hundreds of times a day. It used to torture me, using my fears against me, when I used to fear things. It’s milked me dry.. whatever this thing is,… Read more »

You can get rid of this in a while, when praying to god to saucer you from this pain. But you must believe in God, otherwise he can not hear you.

James… this is remarkable information. I know it is true as I have had personal experiences. I have found that loving myself and being happy dispells them. It is my understanding they are multidimensional entities.. some say they are Reptilians. I have a friend who has seen them. What do you think of that?

The one that bothers me hates when I say Reptillian, but definitely multi-dimensional beings.. or crazy ass CIA mind games ><

I spent years in prayer ministry, and have encountered these things 100’s of times. Even tho we were very successful at helping people (and teaching them how to fight), 90% of other Christians didn’t believe in what we were doing. So, as someone who absolutely, positively, 100% has first hand experience with this and with ministry to SRA victims, I have to say you’ve hit the nail on the head. Wish to God this article spreads far and wide. There are people dying whose lives can be saved. And, as you like to say (mocking psyops) ‘it’s not rocket science.’