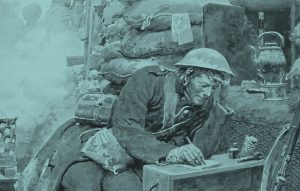 All of our thoughts are slippery fish. When love goes silent, there is fear. When fear goes silent, there is love. We are emotional hearts filling and spilling from the tide. We cast God out of the garden and insisted it was him who did the banishing. Perhaps our lips are too puckered by the sour tang of morality on a virgin tongue. The apple of truth is a psychedelic flesh like no other. Eve’s apple was the ultimate red-pill. Before that first bite, there was no veil. Many remain drunk and blind from the taste. Morality creates the dimension of intention. If flowers were human they might develop resentments to the bumblebee. Morality is a dimension invisible to the flower, but as real as war to the human. Morality is a billion brushes trying to paint the wind on a canvas.

The moon will never turn away from its children. It’s up there waiting for us to hatch. We crack open when we die and the moon catches our field notes. Every picture we make is hung on the galactic refrigerator. We are solutions rendered in cranial spinal fluid. Flesh potions.

The vampires love our juices. They want more drunk bodies for feeding. They continue to turn each of us inside out. They fold our lids up so we’re convinced our eyes are open when we close them. They tell us stories as they spin and roll us in a fancy office chair across the floor of a vacant skyscraper. Each of us knows where the ground is. So why do we go higher with each promotion? It becomes so easy to turn the narrative back on them now. Listen to how silly the lies have grown.

All we know is the lies. They wrap vines around every stalk of truth and squeeze it. After a while, the bark merges and the two become one. The Jack Dorsey interviews on both Joe Rogan and Sam Harris are a perfect example. Even our supposed best and brightest are willing to kiss the ring. Jack said he didn’t know why his company banned Alex Jones. Joe and Sam nodded as if that was a reason. Here we are. People, asking people, for permission to speak. We gave resources to our intelligence agencies and corporate overlords to prop up Twitter and Facebook. Now we pretend these are private companies as we banish the meaning of public square back to the stone age. Where are our lawyers? Why won’t they unite? Why haven’t we sued people like Silverstein into oblivion? Why aren’t there 2,996 separate trials and lawsuits? Why does it not hurt for them to breathe? I would say the system is rigged but it’s an oxymoron. No one in DC goes to jail. At least, not yet.

Something odd keeps happening. We watch the political false flags compete with each other for the Oscar. Our first nominee is Dr. Ford, in The Judge from the Black Lagoon. Nominee two is Chief Running Scared in the Hunt for the Red-crested MAGA Buffalo. Finally, we have Jussie Smollett, in A Lynching Too Far. It seems every one of these events imploded. It’s like all their magic keeps helping Trump. Even the migrant caravans are helping the wall. Could Trump be orchestrating the puppeteers? Could he be using the cabal’s tools against the cabal? Trump is a master on the carpet of persuasion. He knows the people under the influence of mainstream media don’t like feeling foolish. Their loyalty ends with their pompousness. Planned or not, these implosions are red-pilling Clinton zombies. You taint the flesh that feeds them and they will eat each other. This is a page in Trump’s playbook – A political False-False Flag.

Valentine’s Day morning, Senator Corey Booker preaches that “lynching is not a relic of the past.” He points to the staged attack on actor Jussie Smollett in Chicago. Perhaps some bad people are gulping as he and Senator Kamala Harris scramble to pass a law making lynching a federal crime. Twelve hours later, Q posts, “Chatter – Bill & Hillary’s ‘public’ health will begin to rapidly deteriorate.” I hope this doesn’t mean the Clintons are off the board now. Justice will never be served when it is invisible. Expecting people to believe that McCain or Bush paid in 2018 for their crimes is how plebs lie to themselves to keep going.

Either way, I pray for the day we become less tolerant of dissonance. Soon, enough will stop pretending this is simply politics. Every Monday and Tuesday of your lifeforce is spent on the tribute of your labor for these people. We are paying people for the privilege of lying to us. We have to wake up now. Wake up.

I’ve just begun reading you. Blown Away in Truth. You are an exceptional writer in form and style and truth, based on knowledge (and faith?). Bless You. Thank you. All those little and medium sized red pills have been merged into one huge unveiling by which I am able to see so much more of the landscape; to even recognize that there is a landscape beyond the shadows of what I ‘knew’ before. Thank you.

Ah, now I know why Mondays suck so badly.

my mental health improves greatly when i work sundays and take wednesdays off.