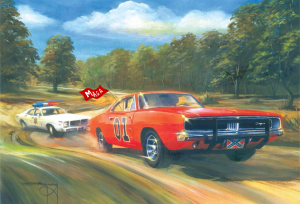 Soft cults are the hardest to escape from. They exercise conformity through subtle peer pressure. We pick them up like peppermints at a restaurant. We don’t even think about them. They follow us everywhere we go, and stick to us like wet candy. Your liberty is a 1969 Dodge Charger named the General Lee. You run truth like it was moonshine. The soft cult is here to stop you. You can jump their pitfalls like bridges but you have to learn to spot them.

A soft cult exists when you find someone sacrificing independence for a cause that’s either distant or intangible. There’s always a cloud of powerlessness and guilt around the subject. The cult will either attempt to have a plan of resistance or will be an advocate for spreading its awareness. There is never a resolution offered. See any topic that has the word “awareness” in its mission statement. Awareness is the gathering of attention. A soft cult wants to raise attention so the group can have a larger vortex to drain from. A soft cult is disempowerment and codependency. They are here to drink you like a vampire.

The term “cultural appropriation” is a soft cult. People of a certain color are forbidden to wear certain clothing. Anyone who does not conform is a cruel and insensitive creature. They are guilty of adornment. This is soft cult bondage. People who bring up cultural appropriation are psychic vampires with no game.

Thought cults work the same way. People are supposed to conform to a feeling or an ideal. It becomes a knee-jerk reaction since everyone is subconsciously looking to others to give them a cue. We’re supposed to really like one thing and be disgusted by another. It’s a block chain of who is hip and who is square.

This cult-ology begins in our teens as a function of sociology. We grow up in closets and attempt to stay sane because we all want to be accepted. Luckily, some of us grow thick in our own skin and break the yoke. Watching each other break free from the bigotry of cohesion inspires us. 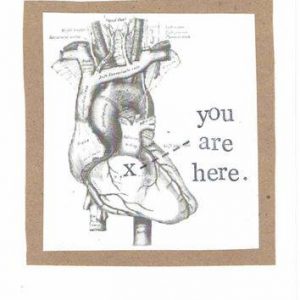 But the brave who do break through are seldom judged as heroes. Typically, they suffer the most arrows as the cult feels a threat to its control. This real psychological phenomenon is called “groupthink.” It pervades every sector and it always shows itself as the abandonment of self. It served as a sacrifice to the group. It demonstrates loyalty, scores virtue, and establishes a pecking order.

We lose friends when we stand up in our freedom. We’re like a bird forced out of the nest. It feels like a kind of death because it is one. It’s the death of our external ego. It was an important facade we used as an incubator; a shell that no longer fits us.

MAGA is a soft cult psychology. But it’s energy is not a vortex. It’s decentralized which turns it into a springboard. MAGA is the public phone booth any of us can duck into and come out an anonymous superhero. Make America Great Again can mean, “Make Tennessee Great Again,” a state that earned its fame from voluntarism. It can mean “Make Oregon Great Again” and Ohio and Virginia. It’s a restoration of power to the land and its people. This is the essence of bioregionalism. And MAGA is also a psychology. It’s make Josh great again or Andy or Cindy. It’s a restoration of pride in the individual. A clan of one.

MAGA is the restoration of the meaning of supremacy. We have shamed that word. Supremacy means to command thyself. Supremacy is your honor held as proudly as a lighthouse. We want our culture built on the pride of  personal honor. The same pride you feel for a community will raise a family barn every Sunday. The racism in your flags, thoughts, politics, or president is a soft cult telling you to sit down for you cannot be trusted. Learn to hunt these manipulations. Kill every soft cult in broad daylight. Don’t you dare be polite about it or say excuse me. Insist on the truth that you DID build that. Tell everyone their carbon footprint is a blessing. Don’t let the soft cult lock you in your own rib cage. Listen to your liberty growling. It’s mad as hell and it should be. It is fighting for you because you are important. 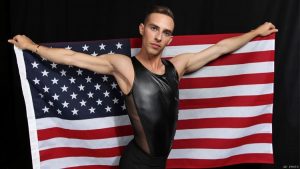 Don’t be the Olympic ice skater that reduces himself to a genital preference and then sacrifices a chance of a lifetime to visit the White House. Regrets are a silent acid that sits in the stomach forever. You only have one chance to do something monumental.