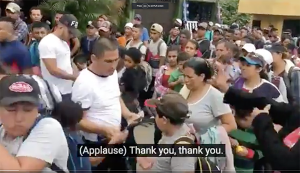 The media won’t tell you the world declared war on our American sovereignty. Why? Because they are in on it. They want America to be invaded. They want a civilian war. They want to recreate Charlottesville on an international scale. The media is a political terror organization. Cash has been distributed in bread lines for a five-finger contract. Men shout, “Donald Trump is the antichrist.” And, “We are coming and he must repent.” These are paid agitators armed with the fangs of democratic socialism. Thousands of free juice boxes are jabbed and slurped on the side of roads at migration recess. Thousands of grown children are promised milk and honey if they make it across the border before the election.

This serpent of migrants is growing. It has been spurred by cartels and latin gangs manipulated by the deep state. They are fully armed with the psychology of Marxism. They have clean shirt saying, “The Future is Female.” They are spurred by everyone except their own country. Like any army, they have ground support with trucks, supplies, and food. The media tells us they’re non-violent. But they are armed with suitcases and children. A desperate refugee can do a lot of damage in a country of lies and broken promises. They have invested too many footsteps to walk away now. They are the blue wave of Honduras and they are crashing our border in a rising tide.

We forget trespassing is a form of violence.  We have been conditioned to open our door and prove ourselves non-racist. But they became lawbreakers at the northern border of Guatemala. A fugitive uses desperation to win every meal. These migrants are fed from trucks as long as they keep moving northward. They are cows of people looking for a pasture after abandoning their own homeland. Imagine that same force of people cleaning up Honduras. Image the power of thousands of hands knocking on doors and occupying courthouses. This proves the local people have no control over this serpent. It’s the snake charmer with the flute that leads the way. They promise any reason that makes the people follow. Even the Pope played his flute with a walk and a tweet today praising the glory of migrants and refugees. The timing is impeccable for the midterm elections. 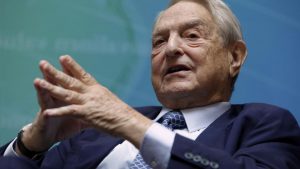 Of course these movements can be traced up the chain to the ilk of George Soros and the Open Society Foundation, MoveOn.org, Pueblo Sin Fronteras/Pueblo Cintron, American Immigration Lawyer Activist, and the Catholic Legal Immigration Network. But all of these organizations require the same loyal media coverage to disseminate their relentless message of border collapse. The pentagram of media wants our nation to fall. The migrant infection began in March of 2018 with the same messaging of Equality, AntiFa and Charlottesville. The caravan press release read, “We are a group of people from different nations, religions, genders, gender expressions, and sexual orientations migrating and seeking refuge. We seek to become one collective … that by uniting we can abolish borders.” This message has been the philosophy behind the European Union as well and the dismantling of European nations.

“Thus national sovereignty is the root cause of the most crying evils of our time and of the steady march of humanity back to tragic disaster and barbarism. It is a denial of the brotherhood of man and of the principle that there ought to be one law or sovereignty” – European Union plaque 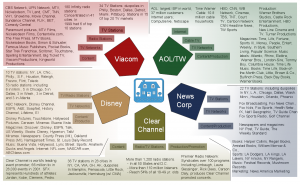 There will be blood by the Wednesday full moon without some kind of miracle. There are simply too many who have been turned by media mind control. My friend in Costa Rica hates Trump so much he called him, “El Diablo.” I told him, “El Dios de Cobra” as I tried to explain the god of cobras is the lizard king. To control the mind is to charm the spine. We suffer the propaganda of snake charmers with makeup and graphics. They speak every language except the truth. We must cut their heads off to stop the slithering tongues. They have injected their green corporate venom and it courses through the human red veins of a latin hive of foot soldiers. The only priority for the cabal now is war. The media is fully committed to the destruction of this country. Trump is hit from every side now. Internally, he is attacked with Russia stories, prostitute accusations, Hollywood mind control, AntiFa, and impeachment. Externally we are all attacked from Deep State players entrenched in Latin America.

Every attack the cabal employs requires the camera lens. Every story, every lie, every smear, every narrative is distributed by a pentagram of five corporations. These corporations have campuses on American soil. The media organizations are massive world NGOs now. We are attacked by non-people whose only common interest is our money. The most powerful voice in news is assembled under a board of greed and mind control. The media is a bodiless banshee. We must destroy their guns with the canons of our voices. We must hit them where they hurt us the most. The time has come to stop pretending the media are Americans. This is corporate mind control that’s murdered our veterans for decades. The media has never been held responsible. They suffer no consequences for distorting the truth for their own sick gain.

Join me on Patreon! We have Big Plans.