I have had the pleasure of several indoctrinations in my life. The first one was the time I became a Christian. I was introduced to my own sin and believed the gospel of my own salvation. In college I had liberation from religion but quickly fell into another indoctrination of intellectualism. My need to repent for my sin was replaced with my inherent racism and sometimes my sexism. I joined the liberal congregation and to this day practice many of its commandments. I cast myself out of the congregation when I noticed a very big problem. I could not let go of my individualism.

A long time ago, in the presidential debate with Bush, Al Gore told a mother he was going to fix television for her children. He wasn’t offering to repair the television; he was offering to repair what appeared on the screen and from the speakers. I was fully indoctrinated at the time and called myself liberal. I was watching the debate merely to rejoice in the triumphant victory of my party. Al Gore was my favorite wrestler. His costume was dazzling and his theme song made me want to dance. The moment I heard Gore promise her he’d fix it, I got smacked in the face with a chair. 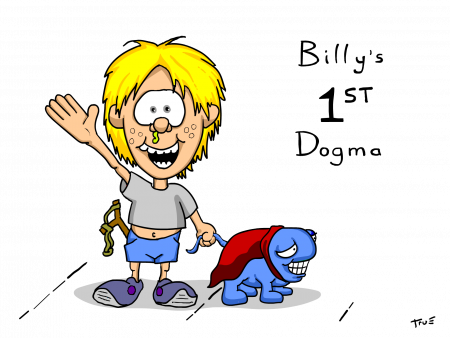 The mother went home feeling better and tucked into her bathrobe. She sat in her chair next to the recliner in the den and waited patiently. Her kids remained refugees in front of the television while she waited. She waited, and waited, and waited. Sex, drugs and murder kept dripping out of the screen and onto the carpet. Day after day, heaving breasts and camel toe were crammed into the mental yogurt of youth. Behind television’s glass curtain, a giant pulsing electron gun was firing photons at the speed of light into the delicate rods and cones of her children. And she kept waiting on Al Gore’s answer. She sat impatiently with one knee crossed. Her toes bounced like a hummingbird clutching a metronome. Nothing kept happening. Nothing kept telling her to wait.

Al Gore was promising society enlightenment. He was selling a concept that everyone could evolve with the help of government. It offered hope and promise for a nation of kindness. Al Gore did not invent the Internet. Al Gore invented the progressive movement. The emotional argument for a progressive society won the popular vote. At the town meeting we sat in a circle like Quakers. Each of us taking turns painting a picture of what we wanted society to be. We saw Billy finishing the race with everybody else. Everyone was tagged and in the frame. We wanted Billy challenged, but not discouraged. We wanted him navigating the world from a bubble of compassion. Billy could struggle but he didn’t need to be in danger. The world outside was swarming with creepy vans and free candy.

What kind of cold steel hand would push against these wishes for our children? What kind of monster would miss this chance to prevent another abduction? This question sent a ripple through the audience. Delicate wrists tended their collars. Fingers of men patrolled their beards. Reason sat on his hands petrified. He never raised an objection. The lady of emotion had the floor and the band was playing the heartstrings.

Al Gore was the progressive messiah who walked on gravy

Progressivism is the religion of virtue. Virtue itself is worshipped. A social marketplace develops around it. Like cash, virtue becomes a commodity. If you are in the cult of capitalism you believe the U.S. dollar is endowed with special powers. If you have been intellectually indoctrinated you treat virtue the same way. Joining the cult of virtue requires the internal moral compass to be supplanted by a tribal compass. This process creates a compassion theater with an appearance of empathy and harmony. Sadly, the players are not tuned into any individual in the circle. Nor is anyone tuned into themselves. Instead they are tuning into the tribe’s definition of compassionate behavior (virtue). This keeps each member in the role of the child looking for guidance from an authority figure versus inner reflection. This compassion directive is administered through the deacons of intellectualism. It is the Catholic church of the mind. It is both emotional fascism and cultural Marxism.

A member steals money from the tribe’s purse. He fears being caught and returns some of the money pretending to thwart a robbery. This member is rewarded with virtue from the tribe. This man’s conscience has been muted by his own progressive sensitivities. He feels praise not remorse for his actions. The tribe distributes virtue replacing the need for intuition’s reassurance. The intuition fades into the background as it is neither tested nor relied upon. Where the conscience would normally torment this thief that voice has been reduced to a tiny whisper. Indoctrination means our inner voice is muted. A progressive society requires that all men are born depraved and ignorant by their own privilege. In this system we are inherently not worthy. We can however achieve worthiness by reflecting the group’s concept of virtue.

The key to indoctrination is the removal of confidence in perception. In the case of intellectual indoctrination a belief is installed that the person is: 1.) Broken 2.) Unable to fully see the rupture without the help of the movement 3.) Redeemable through recruitment of others. As an example, the racist indoctrination shows a follower they are blinded by their own privilege. They are recruited when they accept this truth and are given virtue by “overcoming their own ignorance.” The statement “Check your privilege” also means “stop being in the self.” Telling someone this rewards the accuser with virtue from the group. This surface tension keeps the group tight while still bringing in new members.

There is energy in difference.

A battery is a controlled imbalance. It is the energy of difference. The polarity causes electrons to move from a negative space to a positive space. Progressivism mutes this polarity and shorts out the system. Imagine a string from the head to the gut. Our reason is polarized with our intuition. Decisions seem logical or they feel right. We have that polarity from reason and intuition to power our personal decisions. Through indoctrination the localized power we used to generate internally is replaced with the energy achieved through mass tribal conformity. We are connected to the tribe’s intuition instead. We love our neighbor to the degree they reflect the tribal ideal. We don’t love each other directly in this system. We love how much we can reflect it to others. The free individual is suppressed. Their contributions to the group would appear erratic and ultimately be suppressed and rejected.

Perhaps this molting of our individuality will only get worse as population feels itself expanding like spray foam insulation. It serves us in many cases to drop our personal boundaries and hook into the progressive hive. It is interesting that this phenomenon is so much more prevalent in higher population areas. My operating system was born in 1971. I have lived a life that led me to seek a great deal of personal freedom. Admitting that, I still say the solution for the troubles of the world is to encourage the use of personal boundaries.

Perhaps this philosophy is a result of being born in the age of matter. Electrons were solid ball bearings. The world was real and particular. Particles had boundaries and so did people. Society was a simply a harmonic. It was secondary to the individual. Culture seems to have developed it’s own ego. It is using the backs of free men to assert and control its will on all of it’s members. Progressivism is the group pain body asserting itself on its population.

Our materialism has disintegrated in the past few decades. Matter has been reduced to a probability. The multiverse is our kaleidoscope and objectivity is a misnomer. This expanse we keep fawning over appears to be pure make-believe. We are a piece of consciousness submerged in a matrix of pixels. The fifth dimension is free will. Our beliefs and dreams are vectors from a joystick. We move through freedom’s dimension like a needle on a holographic record. Every possible action is somewhere in the crystal grooves. Freedom is the mind’s moveable needle. In this karaoke, your body paints its song through time. Shed the cloak of community and forever be a tribe of one.