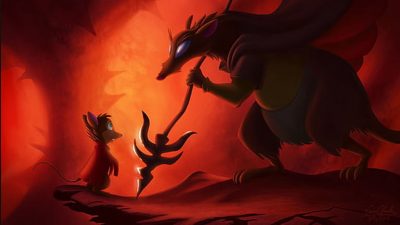 All of us lie and the people who disagree are the best at it. Do you want to find your root? You gotta know what you look like under the soil. There’s a reason our foundation is buried so deep. Shame is our deepest root. It keeps a light on when we’re out lusting over who we yearn to become. We steal morsels for ourselves from every table regardless of its hospitality. We carry these secrets of Nimh for a reason. We know what we have to do for our identity to survive. We only embrace this rodentia alone at home in the mirror. The power of the rat is the only way we could have protected our core. Our shame has been the gravity that’s kept us together. It loves us more than we could ever know. This is why we keep it as a secret shared alone with ourselves in the mirror when nobody’s home. Our roots are lubricated by the shame of what we’ve done. Shame is proof of life in a world where no one admits they lie.

James, where have you been? It is soothing to hear from you again…

I am in a tropical jungle in eastern Nigeria and an ardent fan of yours.
My Regards.

Shame has been my biggest teacher.

TY for email/post tonight. Haven’t received any of your posts since Jan 2021 for some reason. And I’ve re-subscribed a couple of times but nothing comes of it.
Miss you & other “friends” from twitmo as I was cancelled there in Dec 2020.
Too many truth bombs? Altho many others whose tweets I shared are still there.

Just checked & saw this tweet/retweet of yours >
@jarue369·
11h He’s [Jordan Peterson] saying “Up yours” in the middle of complying. This is what happens when you decide to vaccinate.

Yep. Compliance w/evil is endless. Death of the spirit & soul. And NOW, actual death from dangerous genetic nano shots. Immediately, in 6 months whenever.

Believe that Jordan most prob had direct threats made against him/his family (like him, both his wife & daughter were also “very sick” too over the past 2 yrs). Did docs inject them w/stuff to make them sick & then “cure” them to be more compliant & subservient? Jordan’s 2 yr illness truly made him look like a dif man – skeleton man – & we all know that nothing is off the table now w/ fascism.

Someone’s been smoking way too much fucking ganja.

Thoughts that are worth nursing to keep them warm. Thank you James.