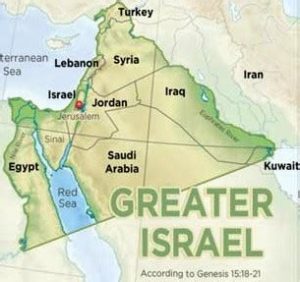 The illuminati is a chessboard where every family is a color. The Orange Baron aligns with a Blue Knight while the Black Queen colludes with a Red Bishop. There are Gray Rooks gambling in the background. There are Kings behind pawns in the mud. Trump saw a darkness sweep through his land. He saw it happen in his own backyard as Rockefeller tainted his island on 9/11. Trump only spoke of the tower’s detonations once on camera. He gathered himself and thought about all of his options. He plays his pieces as best he can. He saw an opportunity to move from Baron to Duke and alter the course of history. Hating the Black Queen gets him nothing but darkness. Serving her gets him close to her throat. This is Trump’s art of the deal and his entire epigenetic tree is on the board. The stakes and snakes could not be higher. There are good illuminati, too. They work in silence. They do not interfere with man’s desire to mutilate his own power. They look forward to a new man who rises to the occasion. They are waiting for you to cross the limits of your own threshold. They need you to become wild again. They need you to take back your power. This is the true meaning of supremacy. You are God of your body just as you live in the body of God.

Back in the garden, there would be no shame. Nakedness dissolves like jigsaw pieces in a finished puzzle. A wild painted horse is grazing on the banks of a fast river. Sagan has skinned a mulberry tree and twisted and weaved the bark into a taut rope. He bites it inside his own jaw to test its strength. He tastes the tangy bitter glue of seeping juice as it washes around in his gums. Sagan holds the high ground and pounces like a jaguar. He wraps his arms around the stallion’s neck pushing them both into the current. The horse keeps its head high above water as Sagan slips his rein between its teeth with ease. Before the horse can round himself, Sagan is steering him deeper into the drink. Waist-deep on his captor’s back, Sagan guides his mount to shore on the other side. Sagan broke his horse with trauma and training. The horse yielded its trust under the terror of drowning.

The spirit of man is a rising serpent. The philosopher’s stone is posture and practice. We are broken by the mutilation of body, mind and spirit. We call them all dirty. We mince our children into mathematical dimensions and smear them into an endless batter of space and time. Spinning ten-times the speed of sound, we buy today’s top story of impending nuclear disaster. Political lies are a type of training through trauma. False flags are the drills of repetition. It becomes so difficult to sort through them all we switch on the autopilot. We are pushed into the river with trauma and bridled with psychological training. The stainless bit in our mouth changes the very taste of freedom. We’d rather numb our tongues then drown in the river. 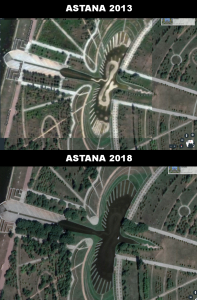 The story of the apple in the Garden of Eden breaks man like a wild horse. God would never forbid his child of fruit. We are worthy of every splendor. We fear our own power rising inside and project it onto a forbidden bush. There is no secret soap. Our purity is plucked perfectly from the tree. Truth is a vibrating seed. Books and crosses are corruptible relics. God’s word can only be heard in the tender silence. The echoes of trauma bounce through us like a canyon. Our ears are perfect. It’s the bouncing sound of old pain that prevents us from listening.

In the city of Astana there’s a serpent inside a phoenix. The thunderbird has launched from the banks of the Ishim River across from the capital. The phoenix and the serpent are the vessel and key. The land of Greater Israel is a broken horse coming out of the river with Trump on its back. Trump will fulfill his promise to all of his allegiances. Iran and Saudi will soon bow to a new region. The definition of peace will be a cessation from decades of violence. Israel will hold the reins of the region. This horse is Trump’s gift to his ally. Jared Kushner is the groomed heir of Netanyahu. Ivanka is the groomed heir of Donald Trump. The elite have their own chessboard and system of leverage. Their lives are steered by long rudders that stretch back to the hands of their ancestors. Bigger vessels have a different kind of freedom. They are less nimble in the harbor. Trump’s sails are stitched from a million fingers who want something in return. He could never catch this much wind without their help.

You are truly a wealth of information and offer much insight. Jared Kushner as PM of Israel makes perfect sense. What a plan these patriots devised.