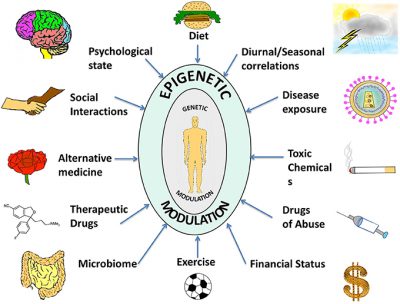 The opposite of epigenetic trauma is wisdom. We inherit gold through our genes as often as we inherit debt. An unconscious life is genetic usury of your grandchildren. This is the birth of vampirism. But wisdom is gold when it comes from the skin. Charisma is the vibration of one’s DNA string. These threads connect us to an ancestral telephone. The sins of the father are felt through four generations as the mitochondrial DNA are shed three times in a row. It’s a trinity baptism. Like all of our rituals, we cast our spells in threes. In the name of the Father, the Son, and the Holy Ghost. Life is the inheritance of wisdom and trauma. If reincarnation is real, surely karma is recorded in the DNA.

Recessive genes appear to skip a generation by not showing themselves on the surface. They are dolphins diving and leaping above and below the waves. We carry flags from our mother and father, but the male y chromosome is inherited paternally. In this way, we shed our past like a dead snake loses its skin on a thorn. Where you tend a rose, a thistle cannot grow. 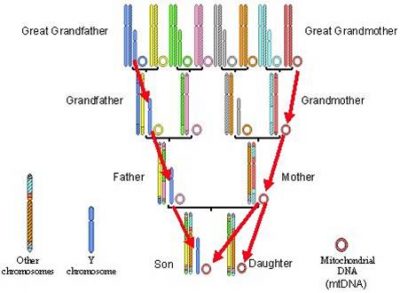 Shannon was the size of a munchkin. Her eyes were deeper than the back of her head and her hair was as white as a storm. She was Celtic and dark. She was twisted perfectly by the sins of her father. He was jealous of her charade of survival. Her whole life had been marinated in suffocation and abuse. She saw the life of a rabbit and decided to bolt. She thought she could outrun her endocrine system. Shannon showed me a world I hoped was fake. She was sitting in my apartment on the floor when a burst of light erupted from a speaker that wasn’t plugged in. She had been staring at it and didn’t flinch when it burst. She looked up at me to see if I would blame her. The walls in that place were crumbling with a purpose. I was clawing the plaster to get to the bricks. I painted my first mural on those walls in the bedroom that turned into a kitchen. Sex for her was more like eating.

Shannon was trapped in the world of magic surrounded by marauding disbelievers. They taxed her sanity with a thousand cuts from a thousand pairs of scissors. Shannon was a gypsy who grew up on a pedestal of tacks. Don’t ever turn your back on a satanic ritual survivor. If you gift them trust they lose respect for you immediately. And so they should. You have no idea what they are capable of thinking.

I would meet Shannon twenty years later in the town of ashes. She burns there now like a candle casting her spell on patients more lost than she is. She keeps a boy on a chain like a pocket watch that needs winding. She barely notices the time. Before he came, I dipped into Shannon with my ladle and drank from her gnosis. Water collects in the cup of the collarbone. I sip its juice like a hummingbird. We poured each other tea and spoke of psychopathy. I wondered what makes a heart beat when the chest is evacuated. The answer is a tremoring sadness from lungs who lost their purpose. I tracked her brow as it furrowed. She is more than a catch, she is the ocean. Shannon is a pirate pretending to be a surgeon in a room that’s too messy to clean. She could pop a cork with her teeth if she drank alcohol. She had strict rules. Every drug was a monogamous relationship.

We demand healthcare from the same people that tell us plant medicine is a felony. 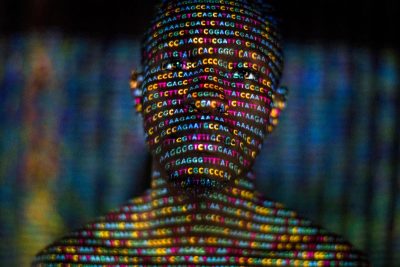 Cannabis is a jealous lover who wraps her fingers around the skull. She is a gentle giant showing you where to look. Dopamine comes from the retina. What we see is a chemical illusion of what we want to comprehend. We are decyphering chemicals from each other’s brains with foreign fishhooks. I lost Shannon from seeing too much of who she was. I knew her like a boy knows a cave behind the ballfields. But she could never come home. Exposure would burn her at the stake. This is the safety of turtles and lizards. We develop a fetish for a thick coating. We find secrets to build our nest where nobody will ever look. The most powerful among us are the hardest to heal. They carry on the longest without limping.

Shannon is the sin of her father. Her father is the sin of his. We are trembling reeds of what happened to someone a long time ago. We are vacuum tubes and milk bottles left on the porch step. We are the ice cream truck combing a neighborhood like a hungry lawnmower. If I missed Shannon now, it would hurt. If she missed me, it would end a secret. Secrets keep us invested in a committee of one. Self-loyalty is more important than society thinks it should be. If a secret brings you closer to yourself you should keep it. Everybody lies to maintain an identity under our genetic sheets.

Only now found this, another gem from you. You are a gift to the imagination, the spice of the mind, the wheel of truth. God Bless and Keep You Forever!

Holographic Kinetics is a very powerful healing modality which can make changes to epigenetic inheritance by the use of numbers and connecting to Spirit. Any addictions and contracts can be changed/removed. I recommend it to anyone – Steve Richards is the guy for an interview James. x

I’ve been thinking lately about reincarnation as it relates to DNA. It’s one of the main remaining questions that I have. Is DNA the only way that we live on? It seems like a possibility, if you are just searching for a physical way for a soul to have a continued existence. It doesn’t bother me too much, although it would have in the past. I’ve already faced the concept of dispensing of existence and realized that it’s irrelevant. If we cease to exist upon death, we won’t care that we don’t exist. Therefore, all those who would seek to control a person through this tried and true method of Dispensing of Existence (aka one of Lifton’s eight criteria for thought reform) count on a person having enough spiritual myopia to think that their existence would matter to them if they ceased to exist.

This comment is awesome. Lots to dig into. Thanks. https://thealienationexperience.org.uk/2016/12/06/lifting-the-lid-off-liftons-list-matches-harmful-coercion-in-families-and-cults/