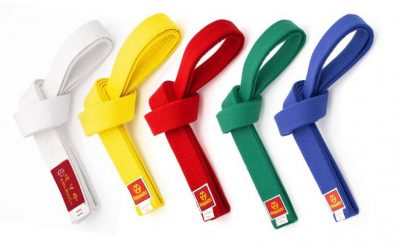 We abandon ourselves by insisting we are good. As evil is done in the name of good, so too is good done in the name of evil. The road to heaven or hell can be paved with each other’s intentions. Your opponent is anyone in the dojo who brings you vitriol. Vitriol is raw material you can alchemize for your growth. It is your authenticity on the mat that determines how well you do against your opponent. Your mission is not to defeat them. They are here to witness your authenticity. Their witness is the prize you seek.

Your job is not to change your opponent’s mind. You are here to manage your prana economy. What your heart repels you make expensive. What your heart embraces you make affordable. Our authenticity is forged and honed under vitriol. Our opponents are vital for this growth. We bow to them with respect for the gift they bring. This is the only way to accept them. None of us are wise alone. To see wisdom in others is to make room for it in ourselves. Recognizing an opponent’s wisdom carries the same epiphany as mining it. Compassion is a tool. It allows you to look deeper behind your opponent’s field to gain advantage.

There are six belts:

The Yellow Belt is fear. It is the first step above white. A yellow belt has enough power to generate fear. Fear is caloric. It requires fuel which is expensive. A yellow belt’s fear is his source of power. It gives him just enough energy to rise from his knees to his feet. He lacks the electricity and capacity to think of anything beyond his survival. He will gather fear from his environment to keep his field full.

The Red Belt is anger. It is a step above yellow. It requires more power to generate anger than fear. The red belt sees the predator everywhere. A red belt’s anger is his power. It gives him the energy required to move. He lacks the electricity to think of anything else but the enemy. He will gather anger from his environment to keep his batteries full.

The Green Belt is compassion. It is a step above red. It requires more power to generate compassion than anger. Green belt sees the predator bleeding. Green belt has enough heart power, or ego, to empathize. Empathy can be a powerful weapon. It shows the green belt where his opponent is weak. He sees his opponent’s motivation and use it to his advantage.

The Blue Belt is commandment. It is a step above green. It requires more power to generate commandments than compassion. The blue belt motivates his opponent with authenticity. His voice is powered by his empathy and his ability to speak the truth. The blue belt can turn multiple opponents into allies with his voice.

The Black Belt has the aperture of Jesus. They witness a reality that is fully dilated with the power of necromancy and personification. The black belt holds the power of resurrection. They survive and persist through every persecution. These students need intense vitriol to continue the work of refining their core. The ghettos and slums are the ideal home for these alchemists.

If your opponent gains more power than they are comfortable handling, they will shed that power instantly. They will create a prana economy with any opponent they can find, any way they can. Most of the time, this shedding is done with victimhood. Victimhood is how the neocortex justifies the electrical system offloading its power. Its reasons are pointless. All that matters is what’s happening to your electricity underneath. Victimhood flows differently for every belt.

Someone with anger issues punches a wall. He has too much electricity and needs to remove it instantly. The amount of violence and pain he causes is directly proportional to the amount of power he feels ashamed and afraid to hold. Now he is victim to the pain he inflicted on himself and can begin to drain his excess power.

Someone with fear issues gets nervous in front of crowds. Their field takes on too much attention and they can’t hold that power. They leak it through stuttering, stumbling, or forgetting their lines. The goal is to lower their stature in everyone’s eyes. If everyone witnessing them were to lower their expectations, the victim would feel better with less power running through their veins. Or so they think.

The white belt is victimized by his addiction to ignorance. They believe all news by default. They call anything else a conspiracy. They insist it must be true or it would not be the official story. The sheep rarely has to shed power because he so rarely finds any down on his knees.

Even the green belt sheds power by violating their own boundaries and practicing codependency. They castrate themselves as empaths or the victims of narcissists. They create a scenario for others to violate their boundaries so they can offload energy to the victimhood of trusting someone who hurt them.

Every belt uses victimhood creatively to offload excess power. Learn to recognize it in your stance. Once you do, you will see it in your opponent and can use it to advantage.

My new book Best Apocalypse Ever is on shelves now! Buy your copy on Paperback, eBook, or I can mail you an Autographed Copy

This is so helpful and I’m sure I’ll refer to it often. It helps explain so much about others around me as well as myself. I can feel the predators heart bleeding so find it difficult to get angry but see how that is denying them a boost to their energy from their response to my anger to move on . I think I’ve got it anyway! Many thanks

When you are raised in a Jesuit militaristic culture, this all makes perfect sense.  “Our authenticity is forged and honed under vitriol.” Who is “our” exactly? My authenticity comes as I continue to shun this mindset under which I was indoctrinated by embracing nature, where vitriol is actually quite rare—just enough to keep things interesting, occasionally that which will send one to the ropes—mostly generous, except when adulterated by assholery.

“Our” is a determiner writers use to suggest the reader and the writer have something in common.

Fascinating. I plan to share this with people I think would benefit from it.

Great article! I read it twice.

it is Nicholas , it is great , James does amazing work and he teaches us how to challenge each other and hold ourselves to account , authenticity can not be packaged or valued by any conventional means, it can be felt and measured by the wearer only , and it is good to have a colour choice also yeah . I will see you guys soon hey .