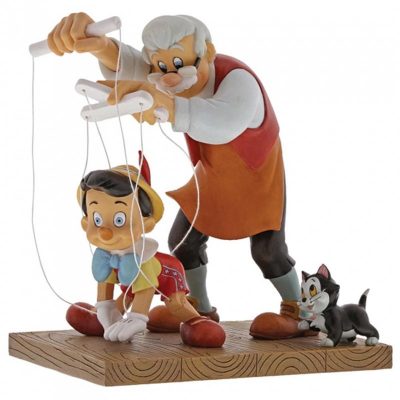 When evil is called good, we have psychopathy. I see it in the villagers who grow angry when I call out the deceptions in the Epstein narrative. People are convinced his arrest is evidence of dark to light. Someone said, “It is necessary for the whitehats to lie about Epstein so they may lead the public to the truth.” I’ve heard this argument before, but this is publicly-sanctioned deceit. This is what angry villagers tell themselves in denial. First, they claim lying is necessary. Second, it implies lying exposes the truth. What makes this thinking so evil is how good it feels when we do it. We’ve been primed in the illusion of cops and robbers. We weaken by running back-and-forth between two towers. The more spectacular they make their evil, the quicker we run to their good. We are fish in a barrel waiting for the jumper cables. Evil hides itself in the necessity for good. We are told the truth would break the public so we must protect them. How would this quote break the public if spoken?

“My fellow Americans. What you’ve always known is true. Politicians are evil and do evil things. One of these things was JFK. The other was 9/11. This ends now…” – Donald Trump

Pushing the idea we need evil to fix evil is evil. This is how we got here. It’s why our country is bleeding. Don’t let people tell you we have to be evil to be good. That’s literally the definition of psychopathy. Yes, literally. I know that word gets thrown around a lot.

No one needs Epstein to gently lead them to 9/11 truth. We are being pushed into a corral that’s been staged for eleven years. That means we are listening to people who let Epstein run free for a decade to keep doing what he did. That’s not what good guys do. Not even close.

The truth is sinister. We are watching the dinosaur media die naturally as the new guard rushes in pretending to expose them. ABC, NBC, and CNN shriveled away years ago. The new media is more nimble. They slow-roll tropical island sex cult narratives with In-and-Out Burger commercials thrown in. The new media is Candace Owens staging yet another hate crime streamed live in 8K from a coffee shop. The new media is the same as it’s always been. Belief addiction.

“I hope people realize Epstein was arrested 11 years ago. He ran free for over a decade until a government-sponsored fake suicide allowed him to avoid justice.” – The Truth

We are living in the land of messiahs. New archetypes are rolling off the line and each of them is made in the same factory. Gepetto is a spider weaving the silk of people. He spins Edward Snowden, Julian Assange, and Bradley Manning. He spins Davig Hogg and Greta Thunberg. He spins Adam Schiff and Gavin Newsom. He spins QAnon and Trump. Every one of these figures has been hatched from the same giant spider.

We have to make 9/11 truth a litmus. If the media won’t answer they are feeding you propaganda. The truth of Epstein is the same as the truth of California. these are controlled burns. We make a grave mistake pretending 9/11 was over. Why would it be over when no one was punished? Why would the trauma programming stop if no one complained? We helped make 9/11 profitable through our complacency. We are in the bottom of a pit begging our captor for a basket of lotion so we can sell it to each other as freedom. There’s nothing dead about Epstein. He is alive and thriving in the zeitgeist as expected. Meanwhile, no one is talking about the inside job. If Trump was really about 9/11 truth, Donald Rumsfeld would have been in jail seventeen minutes after the inauguration.

Snowden in his book doesn’t question the official narrative regarding nine el-even, so there’s only one conclusion: he’s part of it.
I have to admit our adversaries are smart bc for most ‘normies’ (a stupid q term’), this reinforces their idea that there’s nothing to see there.
As often, I totally resonate with your perspective!

Dunno what happened with epstein but lots of 9s and 11s…. I just know how these creeps do business and it looks like their m.o. rt there…..

James– I am not sure how this connects to what you just wrote, but I am finally diving in to Tracy Twyman’s work a bit, after hearing about her for a couple of years now and not feeling the nudge to actually read it. To dive in, just this morning I followed a link in one of the chats to quotes from “Clock Shavings”, and it has the text of a channeled session from 2002 with Baphomet. Here is the part that cracked me up! : Tracy: Do you hate anyone who loves you? Baphomet: YES Tracy: Why? Baphomet: DUALITY… Read more »

It’s ringing a bell but I can’t remember which one. Can you explain? Please and thank you.

Truth is vitamin “SEE” for the Soul…and nobody delivers it better than Dr. True!!