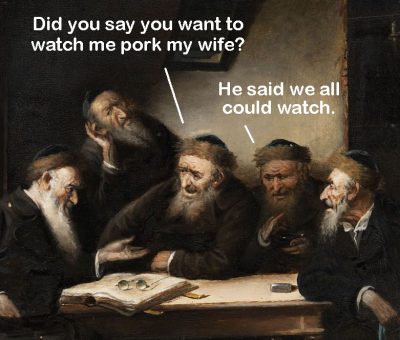 There are three children of Abraham. Each worships the same god but argue about its representative. Each child reads from a different book that claims to be the truth. All three children believe in one god but disagree about its messenger. The disagreements have grown so deep we call them religions now. This is what happens when you tell people there can be only one. Monotheism is the belief in a number. Scripture is the belief in a word. Neither of these is a belief in God.

The three children of Abraham are Christianity, Islam, and Judaism. Each child calls the same God different names like Yahweh, Jehovah, or Allah. The god of the Old Testament is the same god of the Quran. Chronologically, the prophets of God have been Adam, Abraham, Moses, Jesus, and Muhammad. With every new messiah, a new branch springs from the trunk. Judaism’s Messiah was Sabbatai Zevi. Jewish scholars dismiss him now as a pseudo-messiah with mental problems, but his profound effect on modern life is being ignored. Zevi was a Dark Crystal. A first resonator. He installed ritual depravity and incestual pedophilia into the Jewish population. Half of all Jews believed Zevi was their Messiah. His inversion of morality was the bloodroot of modern Satanism and underground worship.

Sabbatai Zevi was born in Turkey in 1626 and named for the planet Saturn. He excelled at a young age as a kabbalist and mystic. At age 22, he declared himself the Messianic Redeemer predicted in the Zohar. Zevi was a man of deep conviction who detested boundaries. He recited the sacred name for God to a crowd who gasped at his blasphemy. He was a liberator of human dopamine. He awakened himself and others with the raping of taboo. Zevi claimed he could levitate, but only the worthy could see it. His behavior and passion developed a following in the town of Smyrna until he was banished in 1651. There is much evidence Sabbatai was bipolar. 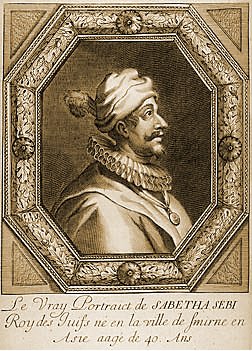 We call people bipolar for possessing a deep wave. Their rhythm carries too much amplitude for comfort. Society accepts people who are predictable and operate within a mean threshold. You can only be so short and so tall. Someone who is bipolar violates these requirements and suffers the consequences. Society governs the throttle of chemicals inside each of us using the sociological tools of shame and fame. Zevi’s condition was made not born. If he was too sad, he was shunned. If he was enthusiastic, he was rewarded. Zevi was charismatic, impressive and brilliant when he was high. He was dark, destructive and dangerous when he was low. This made Zevi a magnetic and reluctant messiah.

As Zevi’s fame grew his mind split like a harlequin. It was all he could do to cling to God. In 1658, he declared himself wed to the Torah in a public ceremony. This act drew the attention of a gifted alchemist and orator, Abraham Yachini. Yachini understood Zevi’s nature and used it as a tool he could control.

Yachini asked Zevi into his home, “I have an important scripture we must read together in private. It concerns your destiny.” Zevi joined Yachini on the floor around his table. Yachini unrolled the long scroll and introduced it, “The Great Wisdom of Solomon is written in an archaic language very few know. These are the words of Abraham who spoke of what’s to come. I assure you Zevi, I have seen many things written come true.” Zevi nodded in reverence as he basked in the privilege of its witness. Yachini began with the firm voice of a magician, “A son will be born in the year 5386 (1626) to Mordecai Ẓebi, and he will be called Sabbatai. He will humble the great dragon. He, the true Messiah, will sit upon God’s throne.” Yachini watched Zevi’s eyes heave and continued his incantation, “Was your father’s name, Mordecai?” Zevi nodded. “And you were born in this year?” Zevi nodded again. “Do you understand your destiny?” Zevi nodded a final time as a chemical shower drenched his brain like a fine mist. His whole life, Zevi felt he was special. Misunderstood. Yachini brought his destiny to the surface like he was tilling a garden.

The power of one’s belief is multiplied exponentially by the words of another. It’s why empathy is so important. Yachini had penned the passage for Zevi four days prior with information divulged from his crew. He would lie to Zevi and call it righteous. Truth is a mushroom that needs a tap to drop its spores. Zevi must be thoroughly seated in his own confidence to serve Yachini and the world. Zevi accepted his divine crown as the dopamine flooded his brain with gratitude. Zevi was both liberated and enslaved by Yachini’s magic words. This is how to catch a rising star.

The Torah has 613 commandments, and Zevi would say all of them blocked one’s divine flow. Passion was Zevi’s umbilical to God. If the cord was restricted, Zevi would suffocate in the darkness. People expected a gurgling miracle from his lips and abandoned him the moment he spat dust. This pushed Zevi into higher states of depravity. In Constantinople, he convinced a husband to mount his wife on the tavern table while everyone watched. Over the years, this act would devolve into ritual urination performed by Zevi on the crowd. Sabbatai’s bipolar crashes made him best suited as a traveling mystic. He left a huge impression wherever he went and a big hole once he was gone. 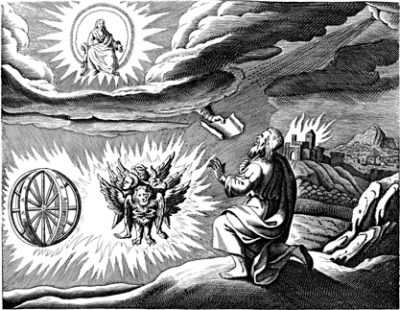 He spent two years in Cairo before meeting the young mystic Nathan of Gaza. Zevi wanted his help for the vacuous depressions. Nathan of Gaza was locally known for his sacred vision of Ezekial’s chariot during a week-long fast. Nathan was as radical as Zevi. In his work, A Treatise on Dragons, he called for the complete elimination of Torah Law. Nathan supported Zevi’s claim as the Jewish Messiah but ignored his battle with depression. To him, Zevi was gifted not cursed. He lifted Zevi up high on the pedestal as the foretold divine golden child.

Half of the world’s Jewish population believed Sabbatai Zevi was the Messiah. One million followers saw him as an archetype of God. His acts of liberation and depravity trauma programmed an entire population with shame and adrenaline. A major cleft in Judaism was cut and satanism had been born.

“Blessed be he who permits the forbidden.” – Sabbatai Zevi

Morality comes with its own virginity. There are certain lines one cannot uncross. Exposing the ears to a booming sound destroys their fidelity for softness. The same fate awaits a morality that’s been pulverized. Satanism is the quest for liberation from shutting down one’s impulse to recoil. Those limits once crossed don’t grow back. The Satanist is only rewarded for his advances. This forces him to push more every time. Depravity becomes an unsustainable chemical addiction and Zevi turned half the Jewish population into addicts.

The golden child we see in the spotlight is rarely in control. They become a slave to the desire of their followers. Nathan of Gaza controlled Zevi with a new prophecy, “The Messiah (Zevi) would lead the Ten Lost Tribes back to the Holy Land, riding on a lion with a seven-headed dragon in its jaws.” On Sept 16th, 1666, Zevi was given an audience with the Sultan. Zevi demanded Jerusalem on behalf of his people. The Sultan answered Zevi with two choices. Zevi could suffer a volley of arrows and let God protect him or he could convert to Islam. Zevi converted to Islam and the crypto-Jew was born.

The followers of Zevi were devastated. They had defiled their family, their faith, and their holy laws for a man who abandoned them. Some had removed the roof from their home trusting Zevi’s words that God would rapture them soon to Jerusalem. In one generation, millions of Jews were installed with his program. Abandonment is the echo of depravity. It’s implanted in our DNA for generations to overcome. Sabbateanism is still tremoring today. It hides in bloodlines behind the vestments of many religions. Each secretly believing the more you defile, the sooner God will come. A belief can be planted so deep in the DNA during trauma programming, it’s not necessary for it to be consciously understood. It reactivates itself like a terror cell from a phone call. These people actively spit in the face of God for attention. They run our media, our corporations, our governments, and our wars. They are the serpent cult of Catholicism, the crypto-Jews of Islam, the Satanists of Hollywood, the Mossad of Israel and everyone in the worldwide cabal. They are the living reverberation of evil on a quest to kill us all. The fact we don’t have a common name for them shows how ruthless and effective they truly are. They’re not Jews – they’re Saturnians. They are the children of Saturn. In 1666 they inverted the Torah and they openly celebrate a burnt offering, or Holocaust, of 6 million.

And guess who the guys in the White House think is the Messiah right now?
No, not Trump.
Kushner, according to this article:
http://themillenniumreport.com/2019/05/insider-says-israel-poised-to-stage-false-flag-attack-against-u-s-targets-to-start-war-with-iran/
Quote: “Due to President Trump’s close relationship with Jared Kushner, a sense of “sober import” has been placed on the war effort, which is being as a fulfillment of “Jewish prophecy” within White House circles. Many in the White House believe Jared Kushner is the “Messiah” or Jewish “Moshiach” who cannot attain his “throne” until Iran is wiped out.”

This is the guy who spent a huge sum purchasing #666, 5th Avenue.
Hmmmm….
God help us all.
Yup, it’s the serpent cult alright.
Feathered serpent cult.

Pray, pray to God for deliverance from these nut jobs

How’d this work out for you

A few years ago I had a dream. An ancient woman, gypsy in appearance, wearing old linen clothing in various shades of brown, walked toward me to give me this message. “All evil springs from Turkey”. Then huge spiders from another world came into the room and crawled onto the bed, the pillow and then, just before they jumped into my mouth, a friendly hand clapped across my mouth. I woke with a jolt. Although I did not understand it, I never forgot it.
Only later did I learn of Sabbateanism.

Excellent information. Found you on The Anarchast and I’m really glad that I did. Looking forward to reading more.

same. already bought both his books on amazon. answer alot of questions i had

“Morality is like virginity. . . There are lines that once crossed cannot be uncrossed.” These sentiments are particularly germane to me after reading about what is being proposed for Minnesota’s school curriculum. They are normalizing sexual perversion and teaching it as a matter of course. Young souls will be crossing lines that they can never uncross again.

In the new netflix movie starring adam sandler the crypto jew is mentioned, although I didnt realize it at the time. In the movie mr. sandler lives in a pool house belonging to an islamic jew. Confused the hell out of me at the time, yet I find this article providing clarity. Coincidence? I dont believe in coincidence. Thanks again Mr. True