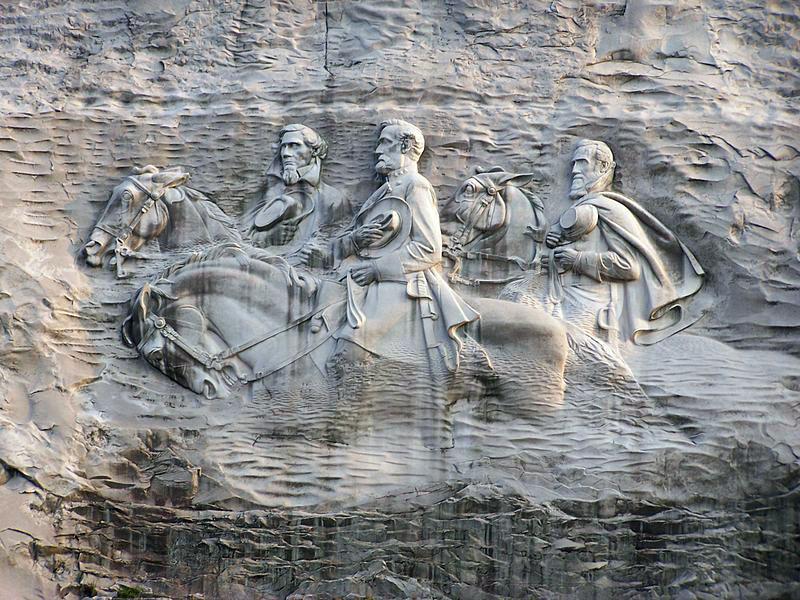 Do you know a veteran serving in the military? Just think, in 150 years we are going to call half of them ‘Nazi’ while we cover their memorials in shame and drive them out of town in a desperate attempt to appease a tiny faction of social terrorists who has been rioting all over our country looking for Nazis like it’s truffle season.

We are being held hostage by an emotional cult attempting to purge us from our own evil whether we have it or not. This cult believes violence and regards the first amendment as a threat. If you believe half the country took up arms to protect less than 1% of slave owners and half the country took up arms to fight those same 1% and this was the reason for the war you’re a lazy historian who studied a fortune cookie. If you think slavery was something in the south but not in the north you are dogmatic. If you think half of the country was a treasonous traitor who tried to overthrow the government you must’ve forgotten the part where Grant burned down half the country’s village and a president jailed 3000 free northerners for not liking his opinion. Our past should remain out in the open because our schools have failed to teach it. A pillar of who we are and a footprint of where we’ve been is being destroyed across the country and our generation is allowing it. In today’s climate, we are selling history like it fits inside a fortune cookie and no one knows what really happened. I liked this video because it reminded me of all of the competing factors which got us into the Civil War. If I was a teacher I’d be discussed this today in class (and possibly fired by lunch time).

Another great resource is here: True Causes of the Uncivil War.

“The North was mad and blind: it would not let us govern ourselves, and so the war came. And now it must go on till the last man of this generation falls in his tracks, and his children seize the musket and fight our battle, unless you acknowledge or right to self government. We are not fighting for slavery. We are fighting for independence, and that, or extermination.”
– President Jefferson Davis, C.S.A.

“Every man should endeavor to understand the meaning of subjugation before it is too late… It means the history of this heroic struggle will be written by the enemy; that our youth will be trained by Northern schoolteachers; will learn from Northern school books their version of the war; will be impressed by the influences of history and education to regard our gallant dead as traitors, and our maimed veterans as fit objects for derision… It is said slavery is all we are fighting for, and if we give it up we give up all. Even if this were true, which we deny, slavery is not all our enemies are fighting for. It is merely the pretense to establish sectional superiority and a more centralized form of government, and to deprive us of our rights and liberties.”
– Confederate Major General Patrick R. Cleburne

“I believe that the maintenance of the rights and authority reserved to the states and to the people … are the safeguard to the continuance of a free government … whereas the consolidation of the states into one vast republic, sure to be aggressive abroad and despotic at home, will be the certain precursor of that ruin which has overwhelmed all those
that have preceded it.”
– R.E. Lee

“The principle, on which the war was waged by the North, was simply this: That men may rightfully be compelled to submit to, and support, a government that they do not want; and that resistance, on their part, makes them traitors and criminals. No principle, that is possible to be named, can be more self-evidently false than this; or more self-evidently fatal to all political freedom. Yet it triumphed in the field, and is now assumed to be established. If it really be established, the number of slaves, instead of having been diminished by the war, has been greatly increased; for a man, thus subjected to a government that he does not want, is a slave. And there is no difference, in principle — but only in degree — between political and chattel slavery. The former, no less than the latter, denies a man’s ownership of himself and the products of his labor; and asserts that other men may own him, and dispose of him and his property, for their uses, and at their pleasure.”
– Lysander Spooner

The Shaming of a Statue 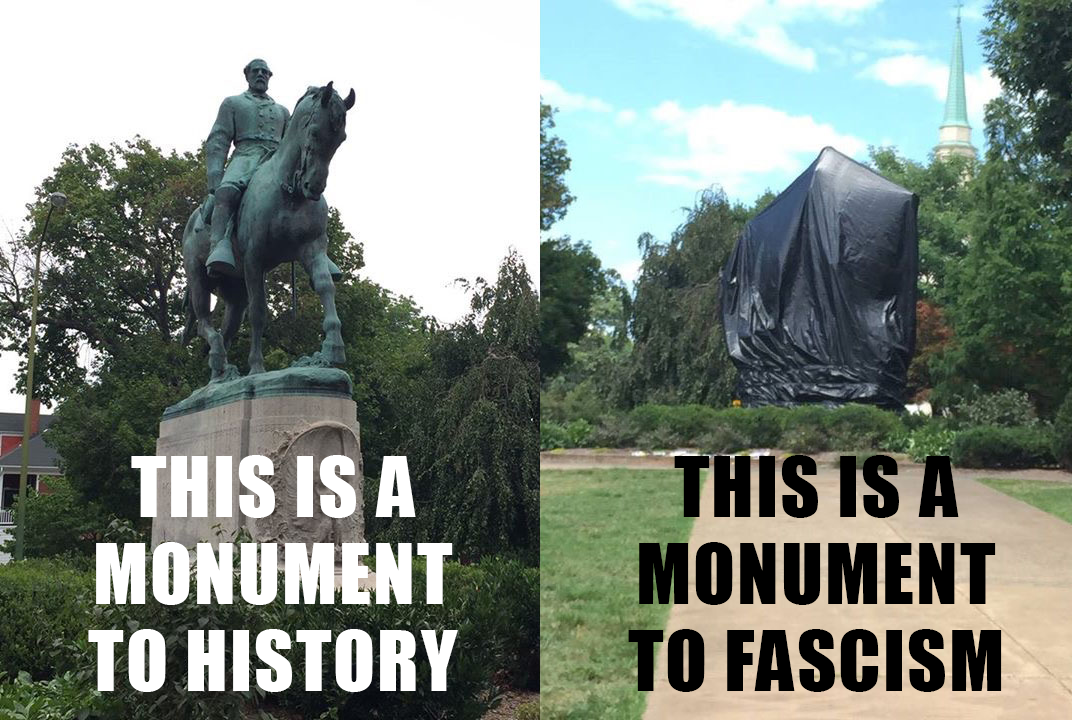 If you remove something in the cover of night, you’re doing something wrong. If you remove something to prevent your town from being vandalized, you’re being intimidated. If you are comparing a statue of an American to a Nazi, you have zero respect for veterans and are a historical revisionist. This is projection, based on fear, and motivated by intimidation. This is social terrorism, and this is wrong. If you won’t protect your history, you have zero desire to create a future.

Remove their Veteran status before you hang a cloak of shame on them and cast them out of your cities. If you’re going to appease this kind of psyops, at least do it correctly by going outside and shouting “shame.” This movement is a cult of self-abandonment. The only shame we should feel is how hard we fought to build this country and how quickly we are willing to turn our back and buy into the cult ideal that we all must be “nazis,” everyone of us. Racism has become a scarlet letter and we have reduced ourselves to angry villagers chasing monsters. Today is the day to Grow a spine, or say hello to life on your belly, groveling for forgiveness from a horde or ignorance, political warfare, and social terrorism.