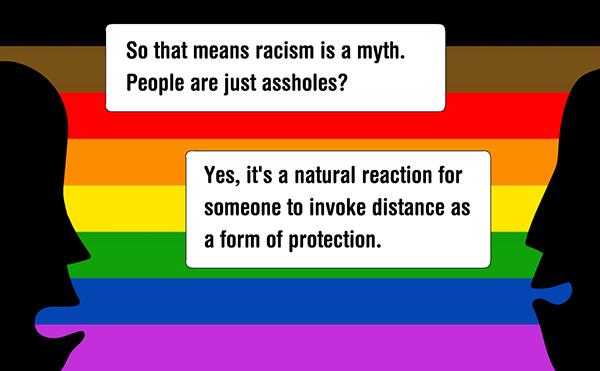 Equity is a religion its followers can’t see. If you believe in equality, you are an egalitarian. If you had a motto, it would read “all people are equal.” You believe this so much, you can’t imagine another possibility. You reject anything that’s not it regardless of the reason. Equality is a religion, and that’s okay. You live in America. You can do that here. But we have a few ground rules in the schoolyard. How about we call in one of the Christians.

Some religions believe in sin. Egalitarians believe in it also, but call it racism, sexism, xenophobia or fascism. Their version of the devil is the concept of supremacy. We will find out this is actually self-pride wrapped in a blanket on a rowboat at midnight. Their crusades are labeled as “identity politics” but the true nature of the phenomenon is mythological. Equality has invaded our history and amended our constitution. Like any religion, it has it’s dark side. Like any religion, it can hold its followers together with nothing more than critical self-analysis. An egalitarian believes an evilness (supremacy) occupies every part of a man’s senses, history, decisions, and culture. The supremacy of ourselves must be shamed by the group until everyone feels equally unworthy. Only on our knees, in the shame of our prejudice, will we allow the golden yoke of privilege to be placed on our shoulders. Under this weight, we will finish our lives catering to the sensitivities and mob whims of the collective. In this cozy congregation of guilt and self-abandonment, we end up begging for our individuality to choke on itself. We would trade it gladly for the warmth of the hive telling us, “welcome home.”

The cult of equality is here to suppress you. It’s the hundred yard dash turned into speed walking. The pious monk is the one who rejects all supremacy. It is self-hate disguised as humility all for the sake of virtue. Calling out its followers for “virtue-signaling” isn’t helping them. It actually makes it worse. The only relief they get from the weight of shame is by finding racism elsewhere. They redeem themselves by exposing it. Just like the game of tag when we were children. In tag, one ceases to be “it,” After they select another. This isn’t virtue-signaling, it’s virtue-mining. The shame feels so bad this is the only way one can feel relief. To call them selfish for trying to lighten their burden will only feel like a huge punch in the gut. They are victims. Even if by their own choosing. 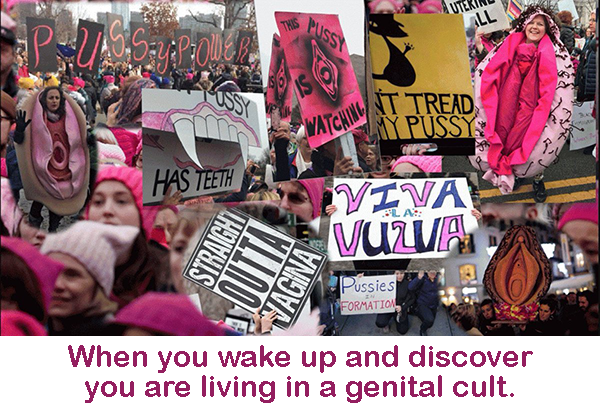 The gay movement and the equality movement are harmonious because both are dehumanizing. Both throw souls into a collective. To be gay is to place a genital requirement on love or partnership. This turns real people into scrotum and vulva. This dehumanizes a person while rewarding them with acceptance. Self-abandonment with dopamine. The equality movement eats humans with its rainbow. What if you woke up one morning and discovered you were living in a genital cult?

We need to expose the equality movement as a religious cult. It is a multi-level pyramid scheme of privilege abuse. Once exposed, its followers can understand the importance of its separation from the state. The dissonance is so bad right now, people falsely equate equality with justice. Equality can be a practice but never a doctrine. We’ve got to shed more light on equality so people can see it for what it is, a mythology, a collectivist religion.

The rainbow flag is a seating chart. No other symbol has done more to promote separation in our country. Awareness is the only cure for resistance. America is a jungle not a garden. And in this jungle you can freely choose to create your very own garden inside the jungle. And you can have walls to protect your garden and all its tomatoes. And your house can have a city to protect the houses. Inside those gates you can practice equality freely. Your home is your religion, but our liberty is the jungle outside of it.