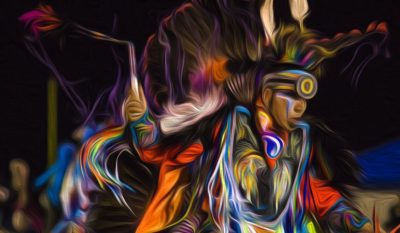 I am a man from Katuah, the Blue Ridge bioregion of the southern Appalachians. I am the living soil. I am land incarnate. I am the vine, the flower, and the thorn. I am its airspace and water. I am its militia. I am its fingers, ears, and voice. During the great trance, this geography was called North Carolina. We don’t have states anymore. We live in a confederacy of bioregions. North Carolina dissolved into four parts and seceded from the union in the year 2020. It was the year of American independence. Maine led the charge on July 4th to a nationwide great awakening. This was not a revolution. It was an exodus from slavery.

The exodus was broadcast on social media. Millions of Americans withdrew their consent from the District of Columbia through a personal declaration of independence. Sovereignty pulled the sword from the stone and man became king. The declaration was simple:

“This is my Declaration of Independence. I, [Your Name], void all contracts made under the person, [BIRTH NAME IN ALL CAPS], with the corporation The United States of America. I am a natural born freeman of the land. I am not a corporate fiction. I am the living soil.” 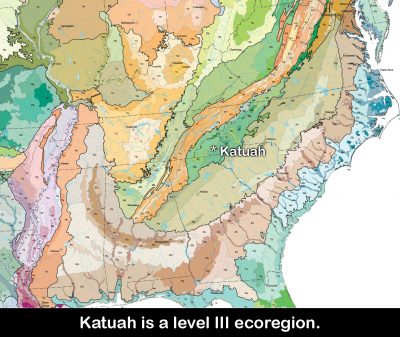 The capital of my bioregion is Qualla, the former territory of the Eastern Cherokee Nation in western North Carolina. Katuah and the Cherokee Nation merged in 2021. This was how Katuah got its name. Katuah is a class III ecoregion of the United States. As a sovereign of Katuah, I attend the local council held each waxing moon on Grandfather Mountain. The larger regional pow wow in Qualla happens every summer on the solstice. We have no leaders – only agreements. Government is a tapestry of agreements.

I came to Qualla bearing five bushels of fresh apples and four hundred dollars. I set up camp and loaded my bicycle like a burro to transport them to the giving tent. Once there, my cash gift was converted into Ethereum, the digital currency of Katuah. I was told to take the apples to Sarah in the catering tent who gave them to Dave at the juice station. He mentioned he might turn them into pies. It brought me joy to see the value of my offering. It made me want to bring them more next time. Giving is uplifting. Taxation is a deflating. The energy we put into government is the energy that is returned.

I parked my bicycle near a hitching post of horses. I tipped my hat to them and sauntered through the fairgrounds to settle at a picnic table. I launched the Katuah app on my phone and saw my cash offering appear in my balance. Using my finger, I dragged most of my gift into capital improvements for the new water tower. The rest went to the new dock I wanted to see at Buckeye Lake. I clicked the filters tab and added a boycott rule for the asphalt plant. I scanned the onscreen map to find the natural resources tent. I planned to see the presentation on the great chestnut tree project. Last year, this program won funding. Enough people had voted with their fingers and the project was born. I might give more of my current this year depending on their progress. Current is what we call bioregional money. It makes it easy to distinguish from fiat cash. I can change who and what gets my current as often as I like. I can adjust it throughout the year as my position evolves. This is the beauty of bioregionalism on a blockchain. The entire government is an open-source white paper.

The rattle of dissonance falls limp when the tail is cut.

Before the rise of Katuah, our country was indentured under Admiralty law. Black wizards claimed our souls at berth and the people felt unworthy to stop them. We were born as meat contracts as 40% of our labor was extracted under the threat of violence. Taxation is theft but no one seemed to mind. We were sharecroppers for our time and delegated our morality to a crime syndicate. Our heritage was supplanted by a board of education that called us monkeys and jabbed us with needles because we were tainted. They told our children they were endlessly shrinking inside an ever-expanding explosion. They sold us stories of endless war and constricted our resources. 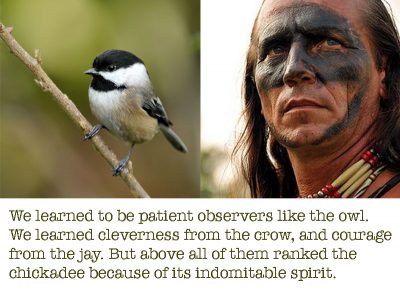 Since 1918, a citizen may not possess the feather of an eagle or a raptor. Society required the killing of all raccoons, skunks, opossums, coyotes, and foxes caught or orphaned. We blamed the deer for crossing the road when it was the roads that crossed the forest. We killed our totems mindlessly. We were suffering from wetiko or cannibal psychosis. Witiko were frozen-hearted, man-eating giants of Cree mythology coated in ice. They are the machine that fed on our soul before we awoke.

After the Great Awakening, we discovered the government can run on digital contracts. Ethereum is a blockchain technology that can support this endeavor. With digital contracts, voluntaryism can thrive inside a consent-based government. It replaces the coercive machine with a community-driven project incubator. This is the essence of natural law and government. Bioregionalism is water percolated from the soil. It’s a belief that government blooms naturally from the roots up.

We are making a movie and you just read act 3. You can join us as a producer by joining Patreon.

I spoke to Jeff Berwick about this idea in my interview on Anarchast. https://youtu.be/55SEqALa_mc

Love this so much James. Cannot wait for act 4.

Hmmm. I sense that’s gonna end badly. Sounds like a little slice of paradise, but there is no paradise on this side.

The Man from Chehalem – The Sky is the Limit

“Since 1918, a citizen may not possess the feather of an eagle or a raptor.”

And why isn’t this more publicized?

Wow! As a senior in high school – a few years back, I graduated in 1972, I did my senior paper on Future Societies. I based it on George Orwell’s ‘1984,’ Ira Levin’s ‘This Perfect Day,’ one other fictional book which I can’t remember (wonder why? LOL), and a non-fiction book ‘The Doomsday Book.’

This story is great! I’m hoping it’s part of a book, because I want to read more!

I certainly understand the sentiment. However all these movement politics Reval schemes all lead back to the same NWO death cult. Enslavement made easier with consent of the frustrated. This is my calling in this spy game. All the current system requires for righting is participation organized resistance and repentance. much easier to achieve and not a carrot on a stick. The never never plans. They will never happen. Except maybe under deception.

“Consent is an extension of the will.”
It is.

I plan on buying your book asap! I live in north Carolina, exactly where katuah will be in the 2021!

I very much enjoyed this article. Any reason why you selected Maine?

Because of Maine’s motto … Dirigo! (I lead)

nice. love your books and ethereum

Absolutely love it James! Your writing brings me joy!!

Wonderful ! It will work! xx

OUR (Decidedly Alternative) VISION OF THE FUTURE -

The fires of the Great Awakening are already burning. I believe that what’s happening in Mexico will spread throughout the world. https://www.youtube.com/watch?v=h_GGCgFij3s

You’re taking it to another level with your Declaration of Independence and work on bioregionalism. It’s incredible to me. I hope that I’ll be able to say that Declaration of Independence for myself and live it wholeheartedly one day. Reading it made me pause, and it showed me how I’m still under the spell of American Empire. I need to get over my Stockholm Syndrome.

This speaks to my heart. New California needs this but the remaining Chumash are too busy with their casinos worshiping fiat with their mafia owners. Blessed be those who share.