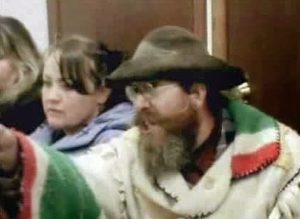 We the People believe in ourselves and each other. We the people have lost faith in our political parties and media. The time has come to hold ourselves responsible for the puppet we have created. Our country is rabid. It has been activated and spurred by an army of political terrorists. The media are corporate terror cells and our political parties have been infiltrated by dual-citizens. These groups are subverting the strings of our country. They have earned the loss of our trust. We do wrong to give them shelter. They make no effort to serve the truth and our freedom is no longer safe under their influence. We must hold the instigators responsible. We must step up to change our system. Media has formed a corporate mind cult dispensing emotional propaganda while our politicians have committed treason. Both groups wear lipstick and feed lies to a growing nation of zombies. There are too many sharks in the pool. There are too many snakes on this plane.

“I am the living soil.” – Spoken aloud

The federal government of the United States will be voluntary. There can be no exception. You cannot experiment with democracy under a central district. The current system is too corrupt and forced consent is an act of violence. Our nation has given psychopathy too much control. From now on, the federal government will have to compete for our resources. If companies are willing to pay multi-millions of dollars to put their logo on a NASCAR vehicle, they can do it for a jet fighter. Stenciled right underneath the pilot’s name, “This F-15 is sponsored by the great state of Michigan and The Home Depot.” Each of the states will go back to regulating their own militia. If America wants to attack Russia, the states can send as many troops as they deem appropriate. We will vote for war with our bodies – we give no one a rubber stamp. A political party is a secret society and media covers their allegiance with corporatism. Our representatives and media have failed us completely. They have forever lost our trust.

Let our states become bioregions. A bioregion shares a single climate that unites a people entrusted with its protection. This is the true meaning of love for country. It is a love for the living soil. Man is the living soil. My state of North Carolina has three bioregions. The coastal wetlands want something different from a government than the farmlands or the Appalachians. Bioregions can run like a constitutional republic – three branches of government, three systems of checks and balances. They can amend their own constitution; they create their own experiment in democracy. Each of our bioregions are united under one flag and the original Bill of Rights. Inside the bioregion is a county seat and inside of the county is a city or township. These will continue to run as public charters. A town serves the bioregion and the bioregion serves the people. Our leaders will be our neighbors again. Our leaders will walk our streets and look us in the eye every morning.

On the local level, we will fine tune the science of neighborhood. Let’s invigorate our nation locally and buy empty corner lots for new vegetable gardens or covered picnic shelters. All of our federal tribute will be managed with the technology of blockchain. Like bubbling springs, each bioregion will compete for the honor of who gave the most. We can spur a nationwide competition of volunteering. We will create a new media where American Idol is replaced by American Compassion. Patriots are sick of coercion and national socialism is used as camouflage. National socialism is communism. But local socialism is volunteerism. From our soccer fields to our fire departments, volunteering is compassion-based local government. This is something everyone agrees on and something our media will never talk about.

“I am not your corporate fiction.” – Repeat as needed

We will rebuild this country by mending the soil. Our militia will be locally sourced and our arms belong to the people. This is our country. It does not belong to the government. Government is the child of the people. Our child is out of control and it’s time to intervene. Flip the pyramid of government. Let’s form a new republic of intimate circles. We don’t want to end government; we want to aerate its soil. Returning to a system of volunteering restores the seeds of compassion. It returns responsibility to our fingers. It pulls the flag out of our back and places it next to our heart again. Plant trust in your own compassion and government will pollinate itself from your blossom.

Wow. I wish everyone would read this. I don’t know if anyone would disagree with your words/ideas. Wonderfully written. Thank you.

people are so blind it’s unbelievable, simply. much strength to you in your quest. at least you can save some of the people from the satanic spell of triviality. this reality is unfortunate.

bad energies and free will does exist. there’s no reason why it shouldn’t, except if someone is so confused he has to make that up to confirm his current rigidity of mind.
anyone who ignorantly believes relativity should watch this video: https://www.youtube.com/watch?v=YycAzdtUIko

there’s a wise saying: “verification, the addendum of nothing”