People think Theism is a belief in God. People think Atheism is a rejection of God. But it’s closer to say theism is a particular kind of God and atheism is a rejection of that particular kind of God. The God of theism is a God who both created the world and exists outside of it. At first, this seems harmless, but there are teeth behind those lips. A God who exists outside of the world leads some to think the aether is godless. This idea is venomous drool dripping from the fangs of materialism.

Medusa of Gorgon was a child from Heliopolis. Her family roots granted her a position as Virgin in the Temple of Athena. Her favorite chore was tending the sacred parliament. A dozen owls were housed and fed inside the Parthenon. A roost was made in the right hand of the statue to the goddess. Medusa climbed a rope every morning made of horse mane and nested river stones to reach it. She was nimble up high where the other girls were nervous. No one else wanted the honor of tending the owls. The job was gross and required live feedings. Medusa would gut mice with a seashell and peel them open like shrimp for the younglings. Fresh organs were her offering to Athena. Medusa felt the owlets were the embodiment of the goddess. They spoke to her sometimes when the stone statue never would. She didn’t like how many came here to worship a painted rock.

The towering statue of Athena featured a winged Nike reaching out to crown the goddess in victory. Medusa didn’t like Nike. She considered victory the antithesis of wisdom. Athena is the flotsam and jetsam of doubt and inspiration. Victory is an acquisition and the tide won’t survive in a golden cup. The true spirit of wisdom moves in the silent wings of a raptor that’s always hunting. These ideas made Medusa very lonely in her coven. Medusa was one of the owls now. They winked at her every time they shat on the statue. She enjoyed cleaning it up. She felt like she was helping them rub it in. The blasphemy of her giggles gave her goosebumps. Still, no one in that temple loved Athena more than Medusa.

On a misty afternoon in the house of Scorpio, somber men came out of the sea carrying the fresh corpse of their fallen governor. His final request was an Athenian ceremony of cremation. Medusa and her temple sisters would serve as ritual mourners. After the burning, his bones were collected and placed into a burial urn. Medusa poured sacred oil she had pulled and pressed with her own fingers over his remains. Months of her work from the olive trees were sacrificed in an instant. She felt the loss and knew this made the magic work. By sunset, the dust of a governor was in the dirt under a large flat stone. That evening, the ceremony of the phallus was performed. Medusa ritually stroked and rubbed oil on a pillar adorned with a scarlet bow. This is a sensual ritual designed to arose the gods and entice them to bless the newly dead. Medusa called each god by name into the wooden pillar. She anointed him with a stroke of oil and asked for their blessings while she tended them.

The following day, a feast began on the day of Saturn. Drunk men saw a ripe Medusa descend from her ladder after checking on the owls. One grabbed her neck while the others took her wrists and ankles. They placed Medusa at the foot of Athena to take their new offering. Her face was pressed into the stone of Athena’s ankle as men plotted their order. Medusa’s limbs were spread and plundered as sea snakes spit their salty venom and spoiled her parthenia. Medusa was eventually abandoned at the foot of her goddess after the men finished with her evacuation. The real Medusa was never seen again. She ran from her body and climbed as high as she could fit. She pushed herself out through the follicles of hair like extruded clay turned to snakes. 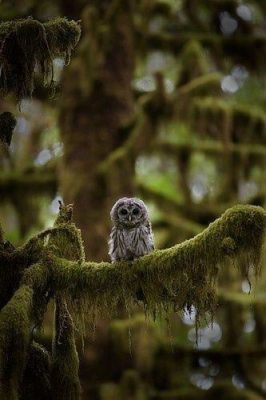 The temple mother found Medusa coiled in a pile of skin. She ascertained that Perseus, the son of the dead governor, was one of her attackers. His bloodline meant Medusa would be expelled from the Temple of Athena forever. The Gorgon was outranked by the golden shoes of Perseus. A spirit of vengeance picked up Medusa as she rose from her pit like a viper. She met Perseus on his boat with a dagger but he caught her by the mane. He made quick work of her intestines with the blade she brought him. Medusa’s guts spilled to the deck like a pile of snakes from a barrel of wine. Perseus ordered her head severed and mounted to the ship’s bow. Her guts were nailed to her skull as the rest of her body was abandoned to the waters of Poseidon.

Most of our brain is wired and tasked with facial recognition. One person’s pain is broadcast into another person’s nervous system instantly. Emotional communication is empathy at the speed of light. We smile from each other’s smiles. We yawn from their yawns. We cry with their tears. Staring into the face of Medusa shows us her pain in high definition. We feel what she felt in real-time, and it turns our bodies to stone. We can break the spell of Medusa with reflection and compassion. Evil is a cold machine selling men victory instead of wisdom. Materialism is the worldwide crusade to turn everything into stone. We petrify the living aether one mind at a time.

Turning someone to stone is easy. Getting them to come back is a different kind of magic.

Reject the vampiric psychology of materialism. You do not live in an ever-expanding vacuum of spin. A place where no sound can ever be made or heard. No up or down. No mark of center. Where God is pushed outside a void of exploding refuse. Reject the myth of cold black space that boils the blood in an instant. Where you run to find God in a cavern of dark energy that’s deeper than the speed of light. Awaken from that nightmare. Light is the breath of God. Matter is the spoken word. Love is an endless song.