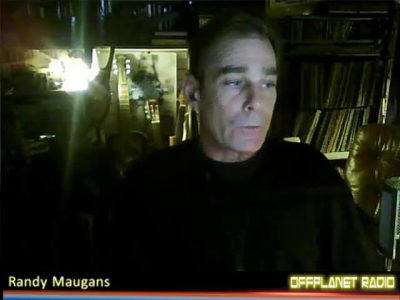 The headline is not a typo. Randy Maugans has deleted our interview from March for a Tweet I made in June. In July he accused me of witchcraft and plagiarism. He has declared me a “homophobic bigot” who “mentally raped” him. He’s added some accusations about my genitals I won’t quote here. In one sentence, he was calling me a homophobe, in the next, he was claiming I was in the closet and he was going to expose me. I told him I couldn’t be exposed for something I wasn’t ashamed of but he missed that point. Here is the article to review for yourself: The Purpose of Pride Month. You may agree with him. Randy has deleted most of our correspondence so I can’t share it completely. I am unable to adequately express his view. He knows this article is here though and he can explain his side if he needs to. Randy wanted to deplatform me for homophobia. It occurs to me now, Randy is heterophobic. We don’t even have that word in our vocabulary. Until now. Let’s end heterophobia.

Randy’s goal was censorship. Disagreeing wasn’t enough. Randy considered my words too dangerous for sunlight. He said he felt “raped” by them. I can’t prove it but I feel certain he reported one of my tweets to Twitter. Randy is another casualty to corporate psycho-socio-engineering. I know that Randy considers himself a hero of free speech. We all do. But we let ourselves down the most. When we are intelligent we believe being duped is impossible. But mind control is more about dopamine than thoughts. I explained this more deeply in a thread but Randy deleted that, too. He didn’t like his audience agreeing with me. I rebuke Randy now because he took his anger at me and started posting about how mind control was overrated and overplayed. He was telling his audience something he didn’t believe with a hidden motive he would not disclose. He’d rather mind control persist in our society than look at his own behavior. He has zero respect for his audience. He turned them into flying monkeys to satisfy his own wounds. We owe it to ourselves to make lying as painful as possible. I don’t like articles like this but I don’t like watching dissonance getting watered.

Victimhood is the oldest religion. Randy Maugans has proven himself to be a high priest. We have no sovereignty as victims. We would all go insane from Randy’s masochism.

I’m not sharing this article or mailing it out. I wrote it to get Randy to back off. This article is my sharp teeth after two months of hos badgering. Don’t be afraid to show your teeth. If you don’t defend yourself no one else will. I learned this the hard way when I tried to play the role of a toxic, bigoted, ignorant, racist white man. People like Randy use these tools to their advantage. They hide behind victimhood like a shield. It’s the oldest form of black magick.

I find this exchange with Randy most revealing…The first words he sent had to do with sexual orientation…His declaring he was bi-se at a local university for several years…I was hoping to correspond with someone who I thought might have accomplished something…But no — it was about his identity and sexual orientation…Why did I need to Know these things?sexual? What???….During our brief exchange…it was all about him…As a Radio producer and Host. Suffice to state I never did get back to him…and found it distasteful on my part to do so…That was many months ago…many moons…

This article was updated from the original content since the interview was removed. Some of these comments might seem out of place.

James says “After we understand there is no political savior but ourselves we will stop judging each other’s conviction by their fanaticism.” We each need to do our part. It’s time to stop pussyfooting around. I am sure that you are thankful that Randy showed his true colors before you trusted him too much. The proportion of people who have peeled away enough layers to be effective is very small. It’s a bit frightening when you realize how small it is, yes? At first, you are afraid that you have delusions of grandeur, but then you realize that the path is nothing but grand. It’s very humble, simple, and low key. The paths of grandeur are for the coddled liars. “But you and I, we’ve been through that
And this is not our fate
So let us stop talking falsely now
The hour’s getting late” –Jimi Hendrix

I worried that sentence would be lost in this piece but here you bring it up so perfectly. Thank you for all of this comment.

Ha Ha! After I read your comment and went back and read what I wrote, I realized that I probably meant to say that the path is “anything but grand”. I’ve heard it both ways. Maybe it will surprise us and be grand anyway once we are fully on it walking purposefully with two feet.

Another casualty to corporate psycho engineering ala PrideMonth. Thanks society.