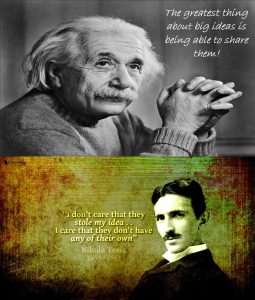 The whistle blows and your heart starts pounding as you sprint down the dusty straight line of white chalk on dirt. You round third base and head into home plate like your bedroom is on fire and you have to save GI Joe. There is no catcher or even a baseball – just a chubby summer counselor with a whistle and a stopwatch. The game is drunken baseball and you’ve won it three days in a row. You rush in like an athlete and place your forehead on the tail end of a baseball bat planted on home plate. With all your fingers gripped high around the neck you stare down the barrel of turned pine and begin liftoff. The still world starts a slow spin cycle as you turn your body counter-clockwise in a spiral. Everything around you blends in a whirling dervish as the trunk of the bat and your fingers remain stationary. You are a living gyro of relativity as someone yells out each of the revolutions. One. Two. Three. This is a dance and you have the lead. Four. Five. Six. You seemed to have acquired some wobble in the orbit of your foot steps. Seven. Eight. Nine. You have liftoff and cut your main thigh thrusters. Your fingers release the bat as it falls back to the surface like a spent rocket booster. Your head is in free twirl as you unbend your spine and run towards the illusion of first base. Your flight path telemetry is reporting multiple errors. Your gyroscope is spinning itself down against the massive objections of gravity. Your cochlea insists itself as you run your craft straight into the dugout. The counselor laughs as he realizes the game of drunken baseball should be retired.

Relativity says our planet has four North Poles. Relativity insists we are rotating around the sun at ten times the speed of sound while spinning 1,000 miles per hour on its axis. I’d show you how its angle is 66.6 degrees if you’d believe me. Relativity told us this was all possibly because of gravity in a vacuum. But space is not a vacuum; it’s made of aether. Gravity is the 600 year old mythology of Isaac Newton and it was long before our discovery of electricity. Einstein’s gravity placed Sir Isaac Newton on a pedestal while dismissing the work of Nikola Tesla. Einstein was a psyop not a scientist. Einstein discredited Tesla’s aether by claiming all the measuring sticks in spacetime were warped. Einstein was dismissing real data from conjecture. Einstein didn’t even have to prove it. He called it, “relativity.”

“The [Theory of Relativity] wraps all these errors and fallacies and clothes them in magnificent mathematical garb which fascinates, dazzles and makes people blind to the underlying errors. The theory is like a beggar clothed in purple whom ignorant people take for a king. Its exponents are very brilliant men, but they are metaphysicists rather than scientists. Not a single one of the relativity propositions has been proved. Today’s scientists have substituted mathematics for experiments, and eventually build a structure which has no relation to reality.” – Nikola Tesla (NY Times, 7/11/1935)

Tesla has always been right about the nature of our world. Tesla believed in an electric universe. He proved this understanding every day of his life. The psyop of Einstein was created to destroy the belief in the aether; nebulous plasma all around us and the stuff of free energy. Tesla always insisted to look within not without. Tesla’s theory was destroyed by the psyop of relativity.

With relativity we invented black holes. We invented dark matter. Dark energy. Even gravity. None of these things have ever been observed directly. They are hunches and theory.  Einstein claimed he could join them altogether in a grand unification. Then quantum mechanics spilled coffee in his keyboard. Even though it didn’t fit. Even though Tesla had already solved it. We went with relativity anyway. Why?

When you study the photos of Hiroshima and Nagasaki. The debris looks like the result of a firebomb attack with conventional ordnance. Yet we are told they were nuclear attacks despite both cities repopulating the following year. Everyone knows the indisputable equation E=MC2. Everyone is convinced the Big Bang is indisputable. Stephen Hawking lived to be 76 despite having ALS with an average life expectancy of 2 – 5 years. Perhaps his electronic voice was scripted like a puppet. Would it be the first time? There is no difference between having a nuclear bomb and having the illusion of one. The illusion of nuclear weapons is possession. The infamous Daisy attack ad for the 1964 Presidential Campaign Adwas brought to you by the psyop of relativity.

Picture yourself still for a moment. Create the universe in your beautiful mind and stop all the spin. Stop all your rotations. Bring it down slowly. Slow your orbit around the sun. Slow below the sound barrier where you can hear yourself think again. Keep going. Feel yourself spinning down more and more until you are still. No orbit, no rotation. Perfect stillness. Stillness is the silence of motion.Truth itself is a deep form of still meditation. You are home now. All you can truly know and trust must come through personal experience. The world is riddled with whispering spiders. They cannot lie to you from this center. Relativity is mental programming. It turns you into a gyroscope. When you are in spin your mind can be led anywhere and you won’t feel the leash. Find the rich confidence in the stillness of your universe. There is only one pole and we all share it in common. There is one ground and you feel it. Take off your shoes and plant your feet deep in the ground. A bazillion electrons will come rushing up into the circuitry of your skin. Breathe plasma from the center of a single still universe shaped like a torus. Make your home where there is no relativity and think on the weight of a still feather. 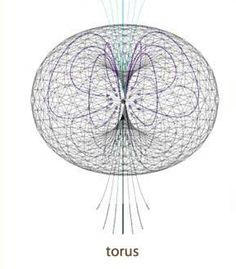 Support my column and get my book, The Spell of Six Dragons

this reminds me of the lyrics from the song “Lowland”, from the album “Nothing but the Whole”.