What happened to CDC employee and Team Lead of Population Health, Dr. Timothy J. Cunningham? His body was found along the muddy banks of the Chattahoochee River, a developed river park in northern metro Atlanta. He was missing for 7 weeks. He left his dog Bo, his keys, wallet, ID, and passport at his apartment and vanished. Local Atlanta police reported his disappearance as strange and out-of-the ordinary yet CNN and Google reported it as a drowning with “No Foul Play.” Does CNN think Dr. Cunningham went for a swim and drowned in February? I started to look for myself and discovered CNN was censoring some important information about the company that makes the Zika virus. 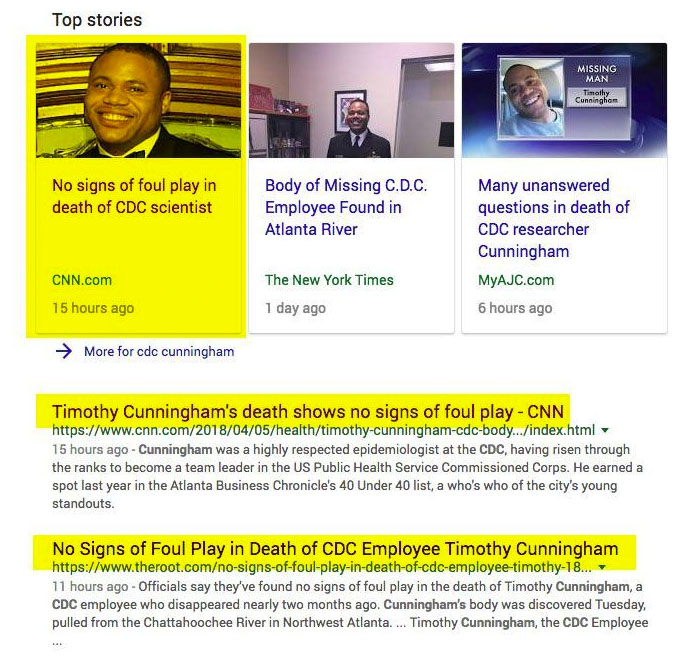 Let’s begin with Florida Governor Rick Scott. His family’s wealth sits in an investment fund, G. Scott Capital Partners. One of their holdings is a pesticide firm, Mosquito Control Services LLC. MCS has a fleet of spray planes and spray trucks to distribute government spray contracts throughout the southeast. The Scott’s know and understand the insecticide spray business. Their investment fund stretches to Delaware and is estimated at $300 million dollars. In 2012, Governor Scott appoints Dr. John Armstrong as Florida Surgeon General.

To combat the mosquito, Governor Scott’s team worked with the CDC to implement an aerial pesticide. The state chose the aerial solution from CDC/FDA approved chemicals and began spraying in Florida and South Carolina. On September 2, 2016, the chemical Naled was sprayed up and down the southeast coast and in four hours over 3 million honey bees were dead from the poison. The E.U. banned the chemical Naled on May 11 2012. Despite this, it was used for the Zika virus. It’s still on the shelf as an option as long as it is sprayed during the early morning or late afternoon. 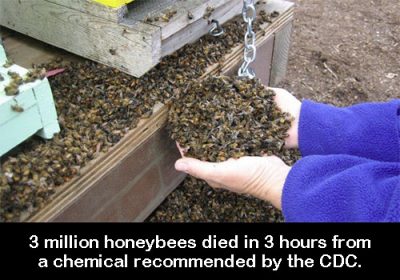 Meanwhile, September 6, 2016, global firm Takeda Pharmaceutical was awarded $19.1 million to develop a Zika vaccine. Takeda was paid by BARDA, a division of the Office of the Assistant Secretary for Preparedness and Response (ASPR) within the Department of Health and Human Services (DHHS). Our tax dollars funded the new aluminum adjuvant gel vaccine under the direction of Dr. Robert Kadlec.

The CDC reported on February 5 2018, Dr. Timothy Cunningham found out he was not promoted. He was reported as having erratic behavior by the CDC, his family, and neighbors. He mysteriously asked one neighbor to remove his contact info from their cell phone. Dr. Cunningham reported sick Feb 8-9 2018. On Monday morning, Feb 12th, Tim texted his mother at 5:21AM, “Are you awake?” Her phone was on mute. Later, Dr. Cunningham arrives at the CDC and is reportedly told why he was passed up for a promotion. He leaves work shortly after and tries to call his mother again at 9:12AM. He does not leave a message. This is the last known contact from Timothy Cunningham. Later that afternoon, Takeda Pharmaceutical announces their Zika vaccine has been fast-tracked by the FDA. Timothy was a Team Lead with CDC’s Division of Population Health. His is an Epidemic Intelligence Service officer. He has deployed for numerous public health emergencies, including Zika.

Two days later, Tim’s parents arrive from Maryland. Tim’s car, keys, wallet, phone, passport, and dog are locked inside. A missing person’s report is filed. Timothy J. Cunningham, mid thirties, a close relationship with sister, and parents. Named “ATL top 40 under 40.” Famous among his friends for hand-written letters; Tim was a mentor to many in his community. He had found a way to help people at the CDC and made a healthy salary as Team Lead.

Late Tuesday, April 3rd, two fishermen spotted a body in the mud with running shoes and 3 quartz crystals in his pocket. A preliminary cause of death is listed as “drowning.” CNN headline reads, “No signs of foul play.” Now, I run the Chattahoochee a lot. It’s a wide river with lots of developed shore trails. Why does CNN think it’s normal to leave work sick, go jogging with 3 crystals in your pocket, then jump in the river in February and drown? Even the police have indicated these are very strange anomalies. 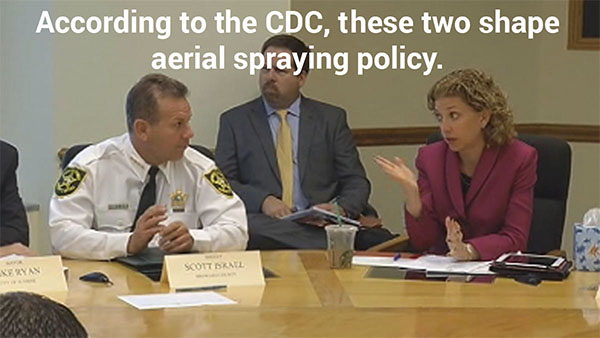 Here’s another strange anomaly. The first domestic Zika “outbreak” was recorded Aug 1, 2016 in Miami-Dade and Broward County, the district of Debbie Wasserman Schultz and Sheriff Scott Israel. A square mile was tested after “concerns” there might be exposure. People were questioned for symptoms; mosquito capture and human blood samples were some of the protocols reported. Governor Scott was able to issue his warning. “Pregnant women risk the danger of their children having shrunken heads.” Talk about painting a picture. Here’s Paul Offit’s 9-second answer to selling the public on vaccines, “Have an outbreak.”

The Zika mosquito’s opening day in Florida had raised $26.1 million dollars before it was even discovered. The CDC reports, “There is no vaccine or medicine for Zika.” However, the CDC does have a solution… Aerial spraying.; a teaspoon every acre. The CDC utilizes, ” Naled and other insecticides.” Saying, “State and local officials make the decision on what insecticide(s) to use for aerial spraying.” So in 2014, almost 6 million acres of land in Florida was aerial sprayed with Naled by mosquito control programs. CDC says, “Naled has been extensively used since the 1950s and is currently applied … to an average of approximately 16 million acres of the continental United States annually.” That sounds okay I guess right? After All, the FDA approves it.

Ask anyone besides the CDC you find that Naled has the UN hazard classification of 6.1 (inhalation hazard) and is prohibited for use as an insecticide within the EU. Repeated exposures is linked to neurological and “behavioral” problems including Parkinson’s disease. Like Parkland, we have a mosquito (the patsy) causing terror to thousands of pregnant women. And the only solution is to unload a locally chosen pesticide across 6 million acres of the most densely populated area in Florida. All from a blood test in a district run by two of the most corrupt people in politics.

Dr Timothy Cunningham was last seen alive on February 12th. His daily CDC duties dealt with statistical analysis and data reporting on population health and chronic disease. It is unclear why Timothy was urgently trying to contact his mother that morning. It is unknown why Timothy asked his neighbor to delete his number from their cell phone. The zika vaccine release announced the day of Dr Cunningham’s disappearance is one of two coincidences. Dr. Cunningham’s body was found on April 3rd. His death was ruled a drowning. One week later, someone else would drown connected to the CDC. Her name was Mila De Mier. 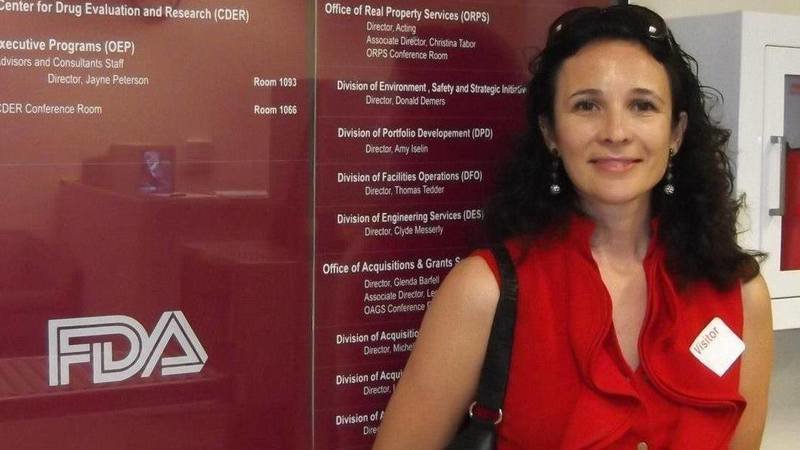 Mila was a volunteer working to stop genetically modified mosquitoes from being released in Florida and Texas. She spoke out against the zika controversy and started a petition with over 200,000 signature in a few short months.

Authorities said they were called to the Cambria Hotel & Suites Washington, D.C. Convention Center in the 890 block of O Street, NW at about 9:40 a.m. According to a police report, a witness found an unconscious woman floating inside the rooftop pool and called 911. When emergency crews responded to the scene they found the woman facedown and attempted to revive her but she was pronounced dead at the scene. Authorities later identified the woman as 45-year-old Milagro Demier of Key West, Florida. Detectives said a death investigation was underway to determine the circumstances surrounding the drowning. No other details were immediately available.

Sheriff Scott Israel and Debbie Wasserman Shultz have singlehandedly launched the great state of Florida in Zikapocolypse, just to make a few bucks. They are psychopaths who care not for dead honeybees, dead CDC doctors, or dead students at Marjorie Stoneman Douglas High School’s Valentines Day Massacre. Do not be alarmed when you see these psychopathic traitors hanging from nooses. We will then be able to say their execution was “No foul play.”