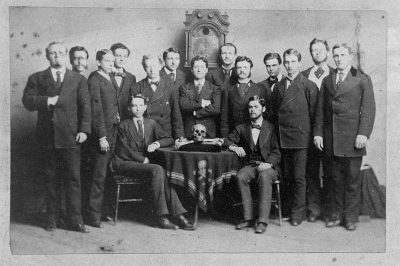 I don’t say this lightly. Blackmail runs the world. Blackmail is a necessary evil of being evil. This is a business of exposure. The product of blackmail loses value the moment it’s opened. It browns like a peeled banana on the countertop from breakfast. Blackmail mechanics require an act the public finds revolting. Everyone who participates is bound by the ritual. This is a binding spell of magic. It comes wrapped in a secret society formed around the act. Their life is forever married to the blackmail. This is how billionaires own people, not things. Each property comes with a license and registration. The official title for owning a human comes in two parts or keys. The public key is proof of life. The private key is proof of compromise. To better explain this blueprint, let’s look at a few examples. 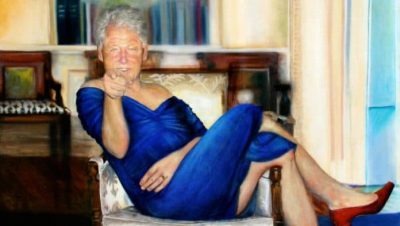 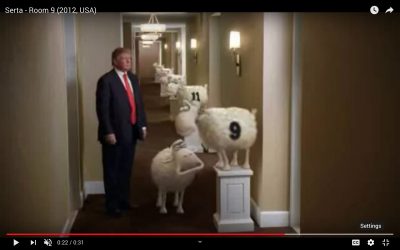 The symbolism of 9/11 and the sheep in this Serta Mattress commercial is chilling. Trump filmed this in 2012. That was the same year he trademarked “Make America Great Again.” The same year Weiner’s story broke on Breitbart. The same year Andrew Breitbart was replaced by Steve Bannon. The public key is Trump’s commercial giving a thumbs up to some sheep posing atop a tower with 9/11 branded in their side. The private key is the rest of the video where Trump discloses his knowledge that  9/11 was an inside job. Remember. Blackmail is the only way a cabal can trust each other. Without trust, there is no table to gather around for business.

Since NASA, Deep Space has been used as an instrument of control. The International Space State is a hot potato of international compromise. The public key is each country pretending to spend billions of resources aboard the craft. The private key is a video showing them filmed in a pool, plane, and chamber. This creates trust among thieves forged on mutual destruction through disclosure. Let’s remember both Italy and Russia published press releases insinuating the ISS was filmed underwater. They posted their threats on the two biggest NASA hoax anniversaries (Moon and Mars).

Just as your ATM card comes with a PIN number. The blueprint for blackmail always has these two elements. The public key gives you something to talk about. Even trade on the open market. The private keeps the product fresh and sealed in a billionaire’s safe.

I was twelve years old when I first heard the spell, “Iran is six months away from the nuclear bomb.” That was over thirty years ago and the spell is still working. When World War 2 was over, the blackmail grew into nuclear warfare. The public key is a country pretending to be in a race to build a nuclear bomb. The private key is there is no such thing as nuclear bombs. The cities of Nagasaki and Hiroshima were repopulated the following year. Photos from the blasts resemble the localized burning of a firebomb attack, not a nuclear warhead detonation. Here again, exposure is the commodity for the blackmailers. When there’s a commodity of exposure, blackmailers can do business.

Japan wasn’t interested in doing business with blackmailers. Rockefellers would strike back in China by cutting off Japan’s ability to acquire oil. World War 2 was over for Japan the moment the Soviets got involved. The attacks on Hiroshima and Nagasaki were unnecessary for victory. They were a requirement to convince the world of nuclear warheads.  These bomb strikes were trauma programming. They were a symbol of victory the cabal had won the world. There would be no need for conventional warfare now that the Deep State was installed. America lost the second world war to the Kabbalists. Every “nuclear” nation you see today is a cabal franchise made loyal by the lie of the atomic bomb. Nuclear weapons were the figment of special relativity’s imagination. Towards the end, even Einstein knew his theory was bogus.

Antarctica is the only country with a picture of itself on the flag. The cabal really wants you to believe that’s what it looks like. Thirty-three “made” countries have vowed they must protect the fragile environment of Antarctica by signing an international treaty. That treaty has never been breached, renegotiated, challenged, or leveraged regardless of all our fighting. The public key is the lie of an island continent. The private key is an ice veil hiding the rest of the earth. This is an exposure commodity. Each country would be compromised by disclosing the truth. But they won’t because it would kill them instantly. Vampires hate the light. Countries aren’t what we think they are. 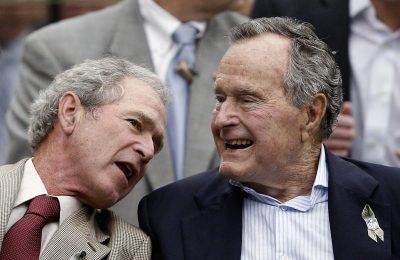 Countries are so big, it has to work this way. Otherwise, we’d be sovereign proud people walking around like we owned the place. They can’t have that. Never underestimate a man who layed in a coffin and masturbated in front of his father for political power. I don’t say that lightly either. This is how you rule the world. These families forge a name for themselves over the generations. Depravity and compromise are exactly what it takes to be on top. It’s a small club. Be thankful you’re not in it.

Superb work, the way you communicate these concepts is unique.

The public key must always have plausible deniability, it can be either true or false, it’s always a shade of grey.

I was studying Illustration / Art classes at a University and we would very easily come up with ideas like Bill in a dress…..it could have been painted without him posing for it. I turned Hugh Grant into Michelangelo.

Totally. I can think of many other hypotheticals, too.

That is heavy stuff James I wish none of it was true! And those bushes look like their skin is about to peel off to reveal something horrific!

Epic. Your writing continues to improve with every article. Keep em’ commin’!

There is something very proving about this concept.

One’s reputation is undeniably valuable. Even if you were willing and able to confess your darkest secrets, to be free of them, you still take the blow to your reputation.

If you stole something, and the secret was eating you up, and then you confessed, returned it, made amends, and everyone forgave you, the trust is still damaged. Your reputation is still potentially damaged and limits you.

Makes sense why transparency is so threatening to heads of big companies, politicians, etc.

Very well done, James. This article is among your best.

Proof of Life!! Yaaayy! Miss you friend. Many others agree.

Brilliant. Important. What I like about your writing is that you are actually saying important things. The writer (a good one) must have something to say, then write it. Amazingly, most writers really don’t have much to say that is important, their thinking isn’t honed and steady and clear. (Yet they still write! Kind of funny when you think about it.) Your thinking is laser sharp! Thinker first, writer second. It is a pleasure to read because I can link-up with your thinking, it’s like getting a download that is clear and to the point and useful.

As far as blackmail goes, I have long thought this is a big key, or you could say a big part of the puzzle. Maybe the glue that holds all the puzzle pieces of this false matrix/paradigm/insane asylum together?

Again, this is all about consent!!!!!! The power of consent. Blackmail is tripping someone on the sidewalk and getting a reaction. How can you not react? The reaction is the consent. We all have to own our reactions.

And these people are born into this insanity! They don’t stand a chance. Am I allowed to feel compassion for them? That we all feel shame and play our cards as IF we are blackmailed, too, makes me relate. The secrets we keep. Who doesn’t do that? Who doesn’t play roulette with our own secrets? Who doesn’t blackmail themselves, and others? We are all in each other’s business… is that not emotional blackmail? What we all do in relationships? (Until we don’t.)

Like you said, I am glad I am not in that club at the top of the pyramid. It really is reserved for the very few — even though blackmail is built-in to our societal workings on every level.

Sometimes I even go so far as to think that the souls who take on that kind of role — living a depraved life from the get go, incarnating into these “families” — must actually be very evolved souls to even HANDLE the energies at all! That sounds SUPER wrong-headed to say (what the fuck are you saying, Carolyn?) but in my bones I can feel that the overall human drama we are all playing out together requires actors (we all are actors) that can play evil roles to the extreme.

They have to be able to do evil shit and take the karmic hit. There is some sort of massive lesson here. We can learn from their depravity. As if looking in a mirror to see ourselves.

Even an ounce of blackmail in our own lives goes a long way.

Thanks for writing this, I appreciate the links you are making between things. It helps me see more clearly.

I want to buy all your books.I knew a little about all if them. Loved knowing more.